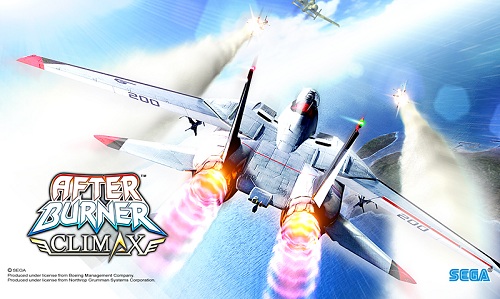 Every week Gold subscribers on the Xbox are given discounts on certain games and DLC, which is a neat bonus if you’re really spending the money to be able to play multiplayer. This week one of those games is Afterburner Climax, and it’s only £3.43/$5.

Trust me on this. This is a huge deal. ABC is one of the best arcade ports there is, especially with the added unlockable ‘EX Options’ to turn your plane slowly into an aerial deity as you unlock them piece by piece in the regular arcade mode, as well as the irritatingly desirable Score Attack medals. Each of those can be something ludicrous like ‘Never get shot down once in the whole game’ or ‘Don’t shoot. Ever’, completion of which would require radical devotion to the game, but a full medal collection will award your avatar with a golden flight helmet. That doesn’t sound like much but given how hard it is to get, if you see an avatar wearing it then the owner pulled off some incredible feats to do so

It was an incredible arcade title at its release in 2006, and it doesn’t look like it’s aged in the slightest. At $5 for one of the finest arcade games ever developed at AM-2, it is an absolute essential purchase for any Sega fan. Even if you don’t have a gold subscription, just pay the $10 right now anyway. The game was far more than that already anyway, and if the popularity gives rise to ports of other AM-2 titles like Border Break then you will have quite literally made the world a better place. Well done, my friend.

Also yes, I know they aren’t AM-2 anymore, but I don’t care. VIVA LA PALMA!