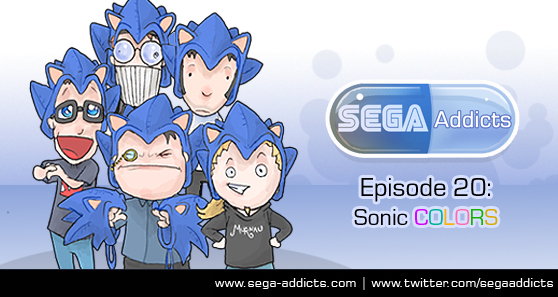 In honor of our 20th episode the Sega Addicts will be joined by the producer for Sonic Colors, Keith Dwyer. You can expect a lot of Sonic talk this episode as the entire show will be devoted to the upcoming Wii and DS games as well as those amazing pre-order hats.

Like usual, we will be taking listener questions to ask Keith. If you’ve got questions concerning Sonic Colors then ask away in the comments below. Bodacious!

See all 100 Sega Addicts episode headers at once!