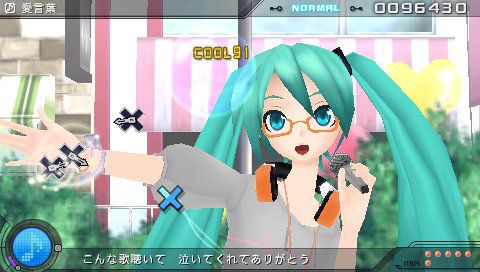 As I understand it Japan used to be quite apprehensive about digital distribution, and I’m not sure how much things have changed since then. Hardcore Gaming 101 wrote a great piece on this last year, and I’d love to see an update to understand the Digital Distribution scene in Japan these days. At the very least Zun of the Touhou Project games still hasn’t released any of his games as downloadable titles, even while companies like Rockin Android are slowly making a name for themselves in that market.

Digression aside, it’ll be interesting to see how Project Diva 2nd fares as a downloadable title compared to the retail version. It will be cheaper than a boxed copy, but it’ll also be releasing an entire month afterwards, and you don’t get the adorable Nendoroid bonus either. More excitingly for us however, NISA did announce recently that PSN only title Cladun would be released in a similar form here as well, so while a full retail release for Project Diva over here might be too risky for Sega to consider, maybe these extremely niche titles could find a place as purely digital products. Here’s hoping Sega are at least considering it this time around.