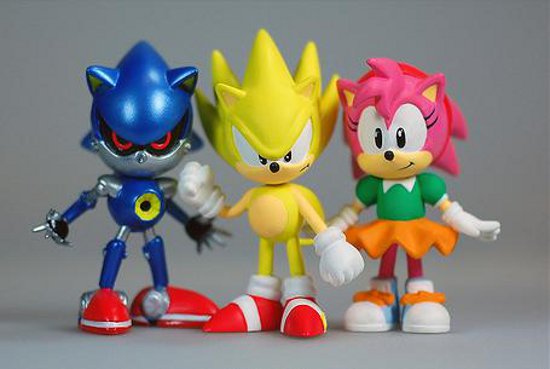 Remember a while ago when I told you about that awesome Sonic figure? Well that figure of course was made by the awesome First 4 Figures. So imagine my surprise when I find out that the very same company has teamed up with the Summer of Sonic convention.

Basically since First 4 Figures is sponsoring the convention this year, they will be offering a set of 2 inch Sonic figures at the convention which you can stare at until your eyes bleed. This set of figures will include Super Sonic and even classic Amy Rose, before she opened her mouth in Sonic Adventure and ruined everything. So there, some awesome figures for those attending the Summer of Sonic this year. Awesome stuff, I think you will agree.

So, how many Sega games sold more than a million units on the Wii?