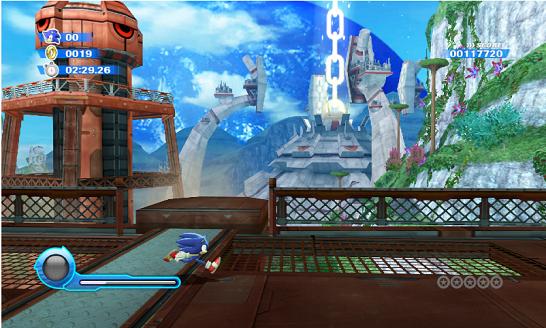 Are you already bored of the new Sonic 4 stuff? Well Sega’s got you covered. Here are some new screenshots for both the Wii and DS versions of Sonic Colors. As usual they seem pretty colourful. The DS screenshots are way bigger than they ever should be so go ahead and resize those things to get the full effect. Some screens display Sonic using some of the powers gained through the Wisps. The red one seems pretty cool, go check out how high it sends Sonic. Oh yeah, he’s also ON FIRE. Game of the year.

Even though Sega doesn’t want me to, I still can’t help but be excited to play this game, especially with flying, flaming Sonic.