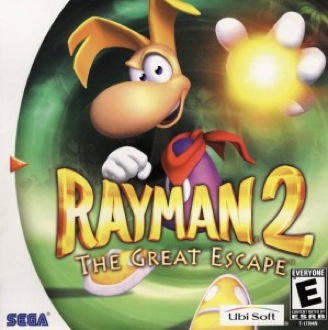 What’s freaky about Rayman?  Everything!  With the upcoming slap-em-up reimagining/remake/redo/revamp/resomething, wanted to take a look at Rayman 2: The Great Escape as a potential Retro Review.  But when I started playing, I knew it was strictly Freaky Friday territory.  Hit the jump for the top eight weirdest characters in the series. 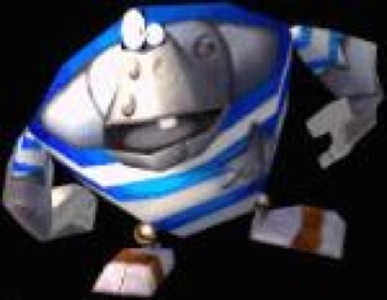 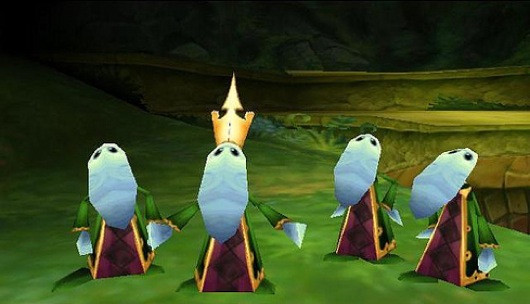 Their heads are Q-Tip tops with eyes.  These bastards are so annoying!  They all claim to be the king until they has some bad news to share, then they all clam up.  Gotta love the regal purple and green robes though.  The gold trim is really working for me.  +2 for fashion sense.

Speaking of fashion, talk about a trainwreck!  The only person who can pull off puffy pants is Mallow from Super Mario RPG (whoops, not supposed to mention Nintendo.  Bad Alex!).  Buckle shoes are for pilgrims, not pirates.  And the tall hat contrasted with the wide pants makes his figure resemble a horrible vase that your aunt picked up from a rummage sale at the elementary school. 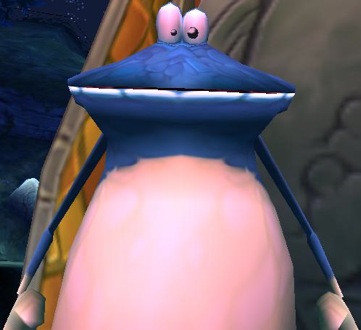 The first thing Globox does is pull out some magic he hid in his stomach.  Ish Kabibble, I would not want to let that magic swirl around me.  The hugeness of Globox is really highlighted by the tiny muppet eyes on top.  Do you know this guy has over six hundred fifty kids!  Damn, playas gonna play. 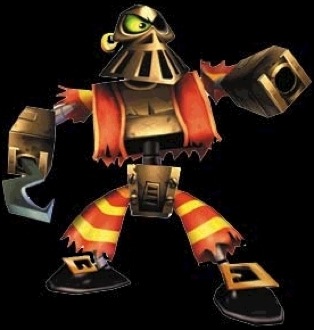 Holy crap is this guy scary!  If you thought a human pirate was bad, add the cow catcher from a train and an energy cannon.  While not that tough in the game, they are a bit of a pain in the ass.  You have to strafe everywhere to avoid being shot.  I may have nightmares about the robot pirate tonight.  Hopefully I’ll also dream a team of sled dogs that will save me.  Thanks sled dogs! 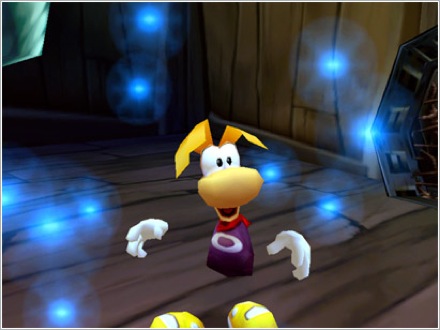 I used to think that Rayman was held together from some sort of gravity or magnetism from the center part of his body.  Then I put my controller down and his idle stance was bouncing his chest like a basketball and spinning it on his finger.  My whole world crumbled.  I checked myself into a rehab facility but was laughed out during the sharing circle when I told everyone why I was there.  Now I smoke rocks.  That’ll show em.

Ok, wtf.  These ghouls were born from undead eggs. Talk about a horrible tasting omelette (HAY OH!!!!!).  Flying around with their rib cages exposed is no bueno man.  They look confused, but if I floated around in a tattered shirt, not quite dead and not quite alive, I would be too. 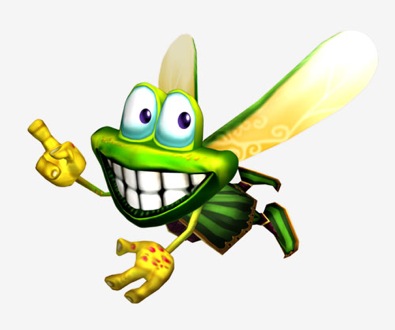 Umm…this thing is disgusting.  Fever blisters on the hands, the 50 mile molester stare, and that smile.  That horrible, horrible smile.  Wait a second, is he wearing the same outfit as the Teensies?  HE IS!!!  What a copy cat.  They must have had a bulk sale at Herberger’s or something.  God, what’s he pointing at?  It must be something creepy. “Hey, look over here!  Its a dead cat!”  Why does he have to be the one to give me advice?  I’d rather listen to Globox.  And in the game he has a low tone of voice and is cackling.  No Murfy, I don’t want to go in your windowless van.  And why can’t you spell your name right.  At least this separates him from everyone’s dogs.  Half of the dogs I’ve met are named Murphy.  I adopted a dog named Murphy.  Let’s close out with a picture of the best Murphy to cleanse our minds of that repulsive fly. 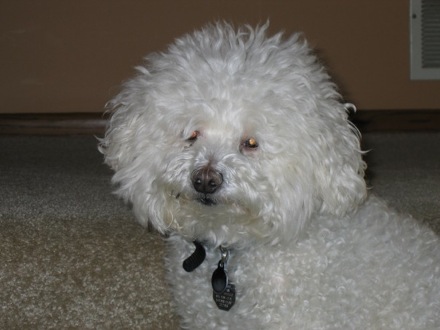 Who do you think is freakiest character from Rayman?  How cute is Murphy?  Let us know in the comments below.