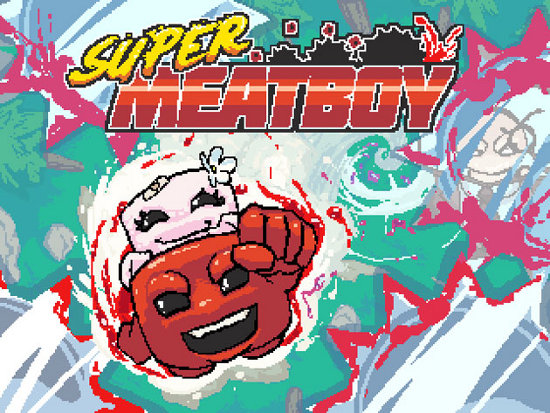 Ok so I’m gonna start off by saying this has nothing to do with Sega. I realise that this isn’t what you come to this website for but if you give me a second, I will explain to you why this game is relevant to your interests.

Ever wondered what made games (Sega or other) so great back in the 90’s? Was it the gameplay, the design, or is it simply nostalgia? These are the type of things I thought about after beating Super Meat Boy. So yeah, this review has nothing to do with Sega, however if you’re interested in the undeniably quirky, and gameplay that brings you back to the first time you ever played a difficult platformer, then sit back and hit the jump because Super Meat Boy just might be the game for you.

Super Meat Boy is a game about a cut of meat who has to save his girlfriend (made of bandages, naturally) from an evil fetus in a jar (who wears a top hat and monocle). Now before I go into greater detail I’ll just say that, the story is one of the funniest things I’ve ever watched in a videogame. The cut scenes are pitch perfect and I can’t really say there was a time where I didn’t get a big laugh out of one. You could even say the story itself is one of the many rewards that you get for being persistent and getting to the next level.

The story itself is delightfully bizarre and simple. Being a parody of retro games the premise itself is like a twisted version of a blue hedgehog and his fox friend saving the forest from a scientist who turns woodland creatures into robots. Or a plumber saving a princess from an evil dragon monster thing. Except here the ‘princess’ gets stolen every time you reach her. The story is definitely a blast and one of the main things that draws me to it. 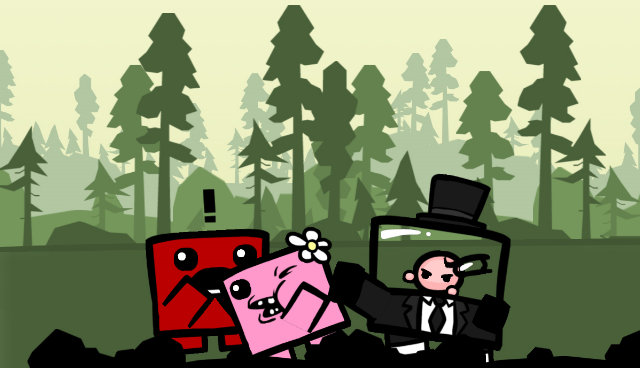 However a game is nothing without gameplay to back it up, so how does that work? Well the controls (despite feeling a bit slippery at first) are incredibly tight. There are some other characters (we’ll get to that later) with special ability’s but everything still stays simple. Press A to Jump and use the analogue stick or D-pad to move. There’s nothing weird or random that you’ll have to do in order to progress. It’s just very simplistic controls, for astonishingly hard levels.

By being hard however the game isn’t frustrating in the least. Because there isn’t a life system you’ll never have to go back ages away to do something you took an hour to do previously. Saying that though, you will be playing some levels more times then one. The game requires you to make perfect jumps which are hard to figure out which angle to do it at first time. But once you do this jump you will probably not have trouble with it again. The hardest levels are the retro themed stages (which you can unlock by going into warp zones) but that’s only because they do implement lives, which made me realise the big difference between many retro games and Super Meat Boy. The difference being that while being hard, it’s not cheap and rarely frustrates. Also getting to see your previous attempts all at once is incredibly satisfying when you see the meat boy that made it through. 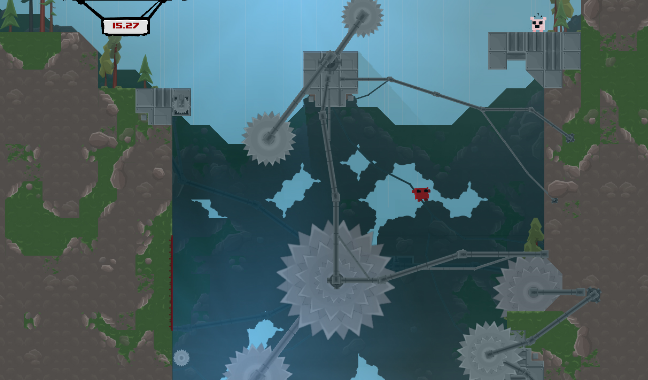 The mood of the game is also brilliant. The visuals are great and varied enough to make you want to see what the next world offers you visually. Seeing meat boy leave a trail of meat juice wherever he goes is a nice touch and visual gag. There’s a lot of love put into it and the game definitely has something most big budget games hardly do: character.

The music of the game is also amazing. Danny Baranowsky did an amazing job on the music which also set’s the tone for each world. He does this so well that the final levels feel undeniably epic because the music could literally be taken out and put into the final battle of a Metal Gear game. Basically the soundtrack is amazing and has some of the best music I’ve personally heard in a game. 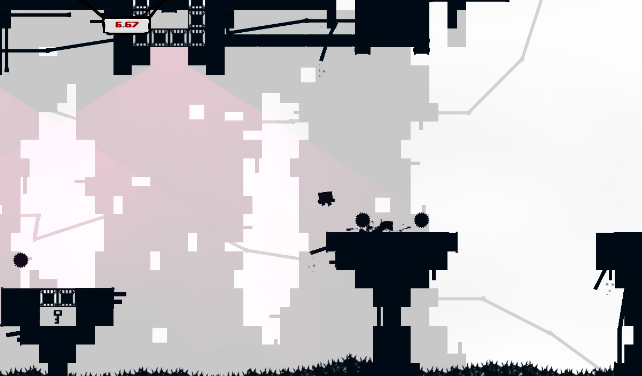 There’s just so much to do. Super Meat Boy is a massive game and has over 300 levels for you to conquer. At 1200 microsoft points, you’re definitely getting bang for your buck. Especially since you have other indie characters to unlock. That’s right, through warp zones you can also find yourself playing in levels inspired by other independent games. When you beat these you unlock the character and get to use them to your advantage in the normal game.

There are more characters to unlock by getting band-aids, which will test your platforming skills yet again getting to these often require doing things the hard way.  In the end, all these rewards make you feel awesome but the best reward you get is the feeling that you’ve learnt to conquer the game and improved your skills. I can’t even begin to remember the last time a game made me feel great for beating it. And ‘beating’ is definitely applicable here as it beings meaning back to actually conquering a game. What’s standing between you and the ending, isn’t time, it’s skill. And when you do get to the ending it makes you feel all the greater. Super Meat Boy is a game that makes you work for it, and I wouldn’t have it any other way. 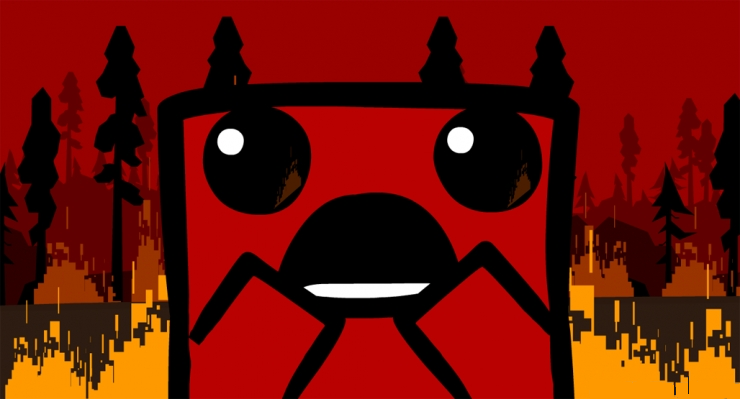 If it feels like I’m being overwhelmingly positive, that because I honestly don’t have a bad word to say about it. I can’t even nitpick it. I personally don’t remember a time when I’ve been so thrilled at the existence of a game since Super Meat Boy. Easily one of the best downloadable games ever. Actually, scrap that, it’s one of the best games ever. Period. You are truly doing yourself a dis-service by not picking up this game. And to answer the question I made at the beginning, yes. Games from the 90’s were great, but it’s games like these which filter all the crap and leave only the best experiences, which make me glad to be a gamer in 2010. 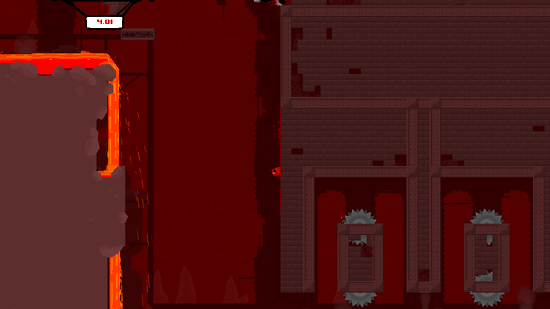 For being one of the best experiences I’ve had with a platformer in a while, constantly testing my skill and being a pitch perfect parody of retro games, Super Meat Boy gets an A+