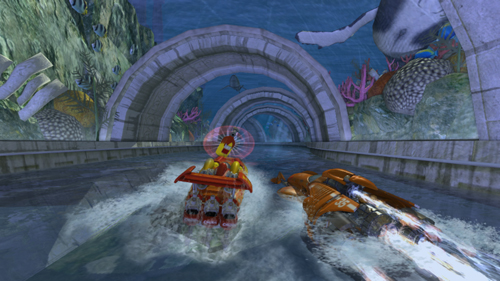 Hydro Thunder Hurricane was one of my personal favorite XBLA games this summer but after playing through the entire game I was definitely left wanting more. For a $15 downloadable title the amount of content was acceptable, if not above what should be expected, but I wanted to see what else Vector Unit could do. My favorite part of both the original Hydro Thunder and Hurricane are the tracks and the cinematic moments that often happen within them and when I heard that Vector Unit was creating an add-on pack with not only new boats but three new tracks I was ready to dive in.

For anyone who has played and enjoyed Hydro Thunder Hurricane I highly recommend you purchase the Tempest Pack. I would have been satisfied with just the three extra tracks but in addition to that Vector Unit has included new Expert class boats to give players more options, especially when playing online. Two of the boats are brand new designs where as the other five are upgrades to some of the Beginner and Pro boats. If you’re an experienced and skilled player, than this is a great addition to the game. I, unfortunately, suck at the game and therefore usually tend to stick to the Pro level difficulty otherwise I feel worthless as I continuously finish in last place. 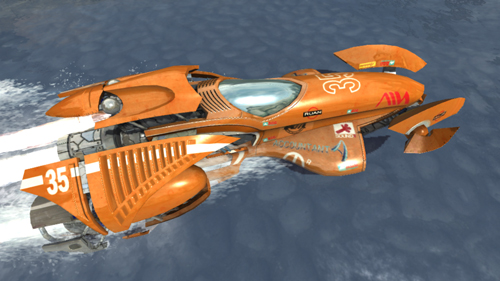 The first track you unlock (Yes, you do have to unlock these tracks, which is my only major gripe but if you’ve been playing this game enough chances are you already have enough credits to play right away.) is the Atlantis level. Now, the Atlantis level is easily the weakest of the three and after playing it for the first time I was a little worried that the Tempest Pack tracks weren’t going to live up to the originals. It’s a lap based track that does very little to stand out. It’s not horrible and there are a couple of moments that have some creativity but overall it’s a very generic “Atlantis” level. It left me a little weary.

The next track, Castle Von Boom, takes things up a notch and is one of personal favorites of all the Hydro Thunder Hurricane tracks. Again, the track is lap based but it’s full of ramps and turns and does something that hasn’t been done in any of the other tracks: it has a part of the track where the racers will be traveling head-on into the other racers who are either way ahead or way behind of you. Rather than being lap based it’s actually kind of got a back-and-forth vibe as you travel on the same path from both directions. The medieval castle theme is also done really well. 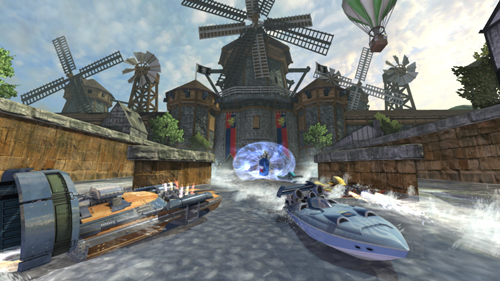 The final track you unlock is the Bermuda Triangle and is again a really creative track. The track feels much more open than any other track in the game and often has you in a borderless ocean with just signs pointing you in the direction you should be going. The first couple of times through the track you may get lost due to poor signposting but soon after it becomes second nature. There are some really great moments of falling through whirlpools and ships falling from the sky that make the track pretty exciting. It does feel a little empty at times due to it’s openness but overall it definitely stood out from the dozen or so other tracks in the game.

So, what do I think about this little bit of DLC? I think I already mentioned it above, that’s what. If you liked Hydro Thunder Hurricane I see no reason not to get this. Its $5 and is more of that good ol’ stuff you enjoy. If you didn’t like the game then don’t buy it. Its $5 of more of the same stuff you didn’t like. If you’ve never played the game and don’t own it than I would probably recommend you don’t get the Tempest Pack because that would be pointless.

The Tempest Pack gets an A- for being good.