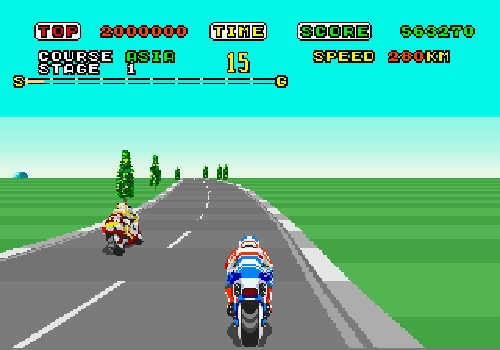 As much as I love the Wii’s Virtual Console, I’ve been really sad lately as they haven’t really been adding to it. At least every once in a while we’ll get a confirmation of a game via various ratings and classifications boards and Australia’s classifications board recently rated Super Hang-On in their listings.

So I guess that’s pretty much confirmed, right? At least for the land down under. We can probably expect the game to make it to the US and Europe, too. What do you think? Are you excited to play this again or would you rather another Sega classic make it onto the Virtual Console? Tell me in the comments!