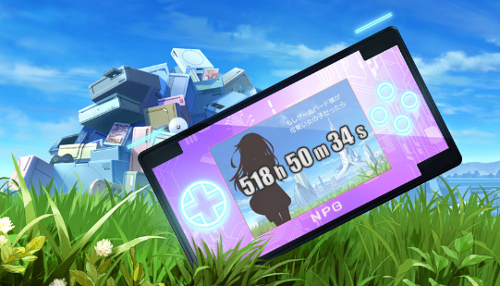 Good news for fans of Sega themed console anime characters today, as a mysterious website has been linked to the game Hyperdimension Neptunia which could be a hint to a sequel. There’s not much information as of yet however, apart from the fact that it has a mountain of consoles in the background, and a silhouette of a character on a hand-held device.

The site apparently is also linked to http://www.compileheart.com/neptune_mk2 which is not live yet. However with this mysterious countdown it will only be a matter of time before it is confirmed. But how about that? A sequel to Hyperdimension Neptunia, maybe. Lets just hope they keep the Sega references in.

Keiji Inafune will be in Hyperdimension Neptunia sequel