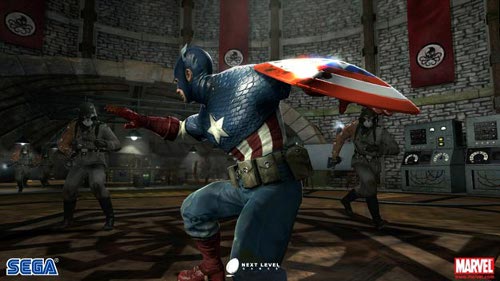 The sad thing about movie tie in games is that the people who make them are really only given a limited time slot in which to complete a full blown game. The upcoming Sega published Captain America game however seems to break this trend as it has in fact been worked on for three years. Originally a Devil May Cry style game the developers have said that it became more in line with the recent Batman game Arkham Asylum.

At a recent press event Brandon Gill (the game’s director) said that “We started long before we knew what the movie was even going to be about.” This gives me very high hopes as everything I’ve heard about the game has been positive. The game itself is set to come out July 15th in Europe with the American release coming 4 days later. So yeah, I’m looking forward to a tie in game! Who’d have thought?