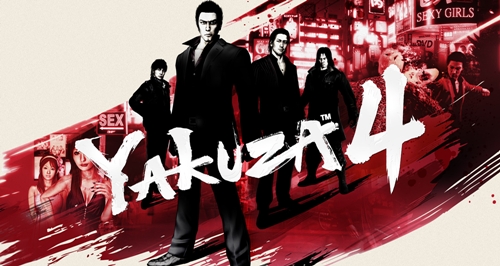 Oh, Yakuza. One of Sega’s current crown jewels. The spiritual successor to Shenmue. Beloved by several of my friends, and my colleagues here at Sega Addicts, highly praised by nearly anyone I’ve asked about it. A series that, until I got my review copy of this game two weeks ago, I’d never touched.

Yes, lads. Despite all the praise, and my love for Sega, I’d never played a Yakuza game before this one. Blame it on not being able to afford it or find it sometimes, or my original stupid assumption that it was just Grand Theft Auto: Japan, or whatever. I just never got around to trying it.

So, was it worth the wait? Should I have believed my friends’ praises? Find out after the jump! 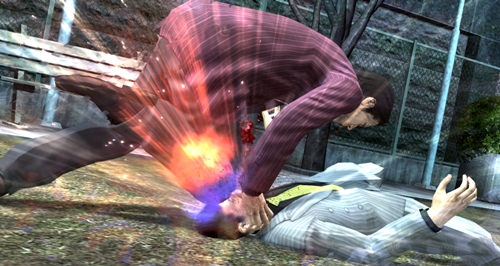 The first thing I wanna praise is the way the game never made me feel too lost, story-wise. The Reminisce option, which allows you to get basic story summaries via cutscenes from the first three games, is a very very neat feature that I wish more game series would take a look at adding in. And the storytelling, aside from a few bits in Kiryu’s story, only required the bare minimums when it came to knowing what was going on. Very easy to jump into.

Graphically, the game looks quite good for the most part. Characters are well animated, and look great, and an impressive amount of detail is apparent with real-time wounds and the like. And the city itself looks incredibly impressive. Aside from a few plot related or trademarked areas, it’s almost a perfect recreation of the real-life “Kamurocho”, Kabukicho. Quite the labor of love from Nagoshi’s team here. My only real gripes would be the limited amount of NPC designs (I once fought a random battle where all my enemies used the same model/design, which I’m pretty sure wasn’t intentional), and how goofy their faces look after battles. Amongst all the realism, it’s just jarring to see a cartoony “broken” face in all that. 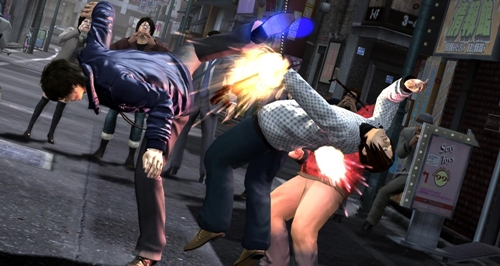 The sound is about what I’ve come to expect from Sega as of late: Quality stuff. While I know nothing of the Japanese language, the voices at least seemed to fit the characters well, and nothing really stuck out as bad. And the music is fantastic. Absolutely fantastic. High energy and jazzy, fitting the look and feel of the game so well. The always great Kenichi Tokoi and company hit it out of the park, as this is one of the better soundtracks Sega has had as of late. Also, major points for Tokoi sneaking in a bit of the horns from Sonic Unleashed’s Empire City Day level in the chase battle music as a little Easter Egg.

And most importantly, gameplay. It does not disappoint in the slightest. I had a fear going in that it might be a bit difficult to work with, but it was very easy to just pick up and play. The fighting actually reminds me in some ways of God Hand, which is a VERY good thing to remind me of, in terms of combos, leveling up, and weapon usage. Each character’s style is easy to master, as well, and each provides a nice change of pace from the others. From the speed-based offense of Akiyama (my personal favorite), to Tanimura’s defensive parry-based style, there’s something for everyone here. 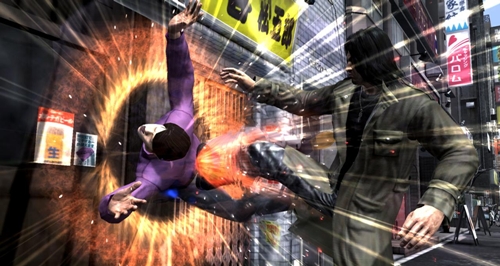 And there’s just so much to do in this game! Casino gambling, pachinko, arcades, baseball, golf (see? I’m qualified to review this thing after all! It has sports!), and going to the MUCH requested hostess bars are just a few of the things you can do in this game, and it’s all just as polished as the main gameplay. You could almost make an argument that there’s TOO much stuff to do. There’s a good chunk of minigames I still haven’t played! With these, sidestories, and the New Game+ and Premium Adventure modes, the replay value of this baby is through the roof.

I think, if I had any real complaints about the gameplay, it’d be that it’s rather easy to get lost in the city, which is a problem while doing some sidestories, and that a couple of the bosses, especially those with police baton weapons, can be a real pain in the ass. But neither of these are gameruining problems in the slightest. 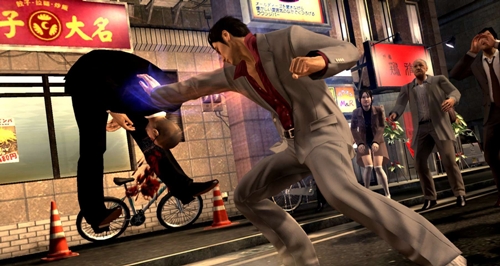 Overall, this is one of the most fun experiences I’ve had on the PS3. I went in expecting and hoping it to be good, but I got more than I expected in every way. If you have a PS3 and love Sega, you really have no excuse to pass this wonderful thing up, other than monetary reasons. Don’t make the same mistake I did in the past and write it off!

I walked into Kamurocho two weeks ago as a complete stranger, but after experiencing it, I think I’d like to take up permanent residence. 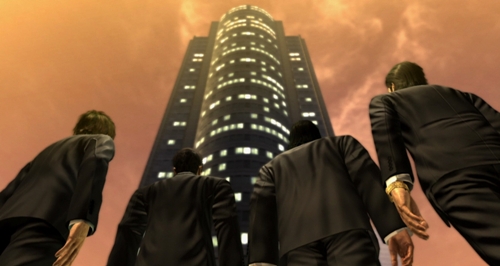 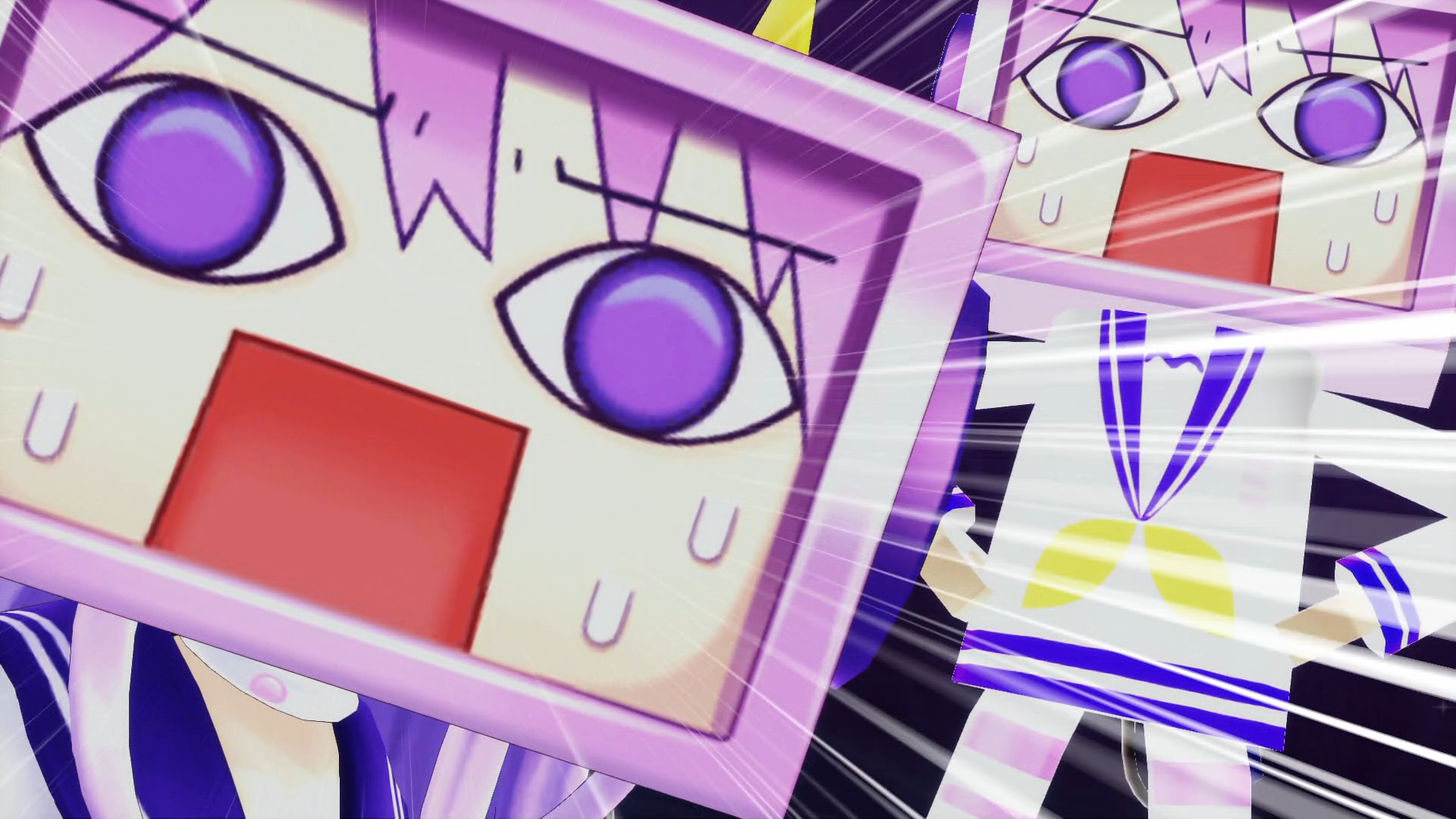