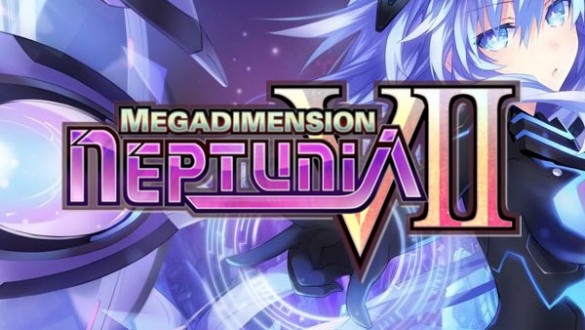 It’s hard to believe Neptune and friends have been around for five years now. If you’ve been following the site since the beginning, you already know our rather tumultuous history with the Hyperdimension Neptunia series. The first two games were, shall we say, disappointing at best, and while the last mainline game in the series, Victory, as well as the PS Vita and Steam remakes and spinoffs have been rather well done, they’ve always had the qualifier as merely being “good, for a Neptunia title”.

Now, Nepsy has arrived on the PS4, in her biggest and most ambitious title yet. Armed with new transformations, tons of references, three stories, and a new heroine reminiscent of a certain dreamy console, Megadimension Neptunia VII is a make-or-break title for the series. Did Idea Factory and Compile Heart keep the momentum they’ve been building going? 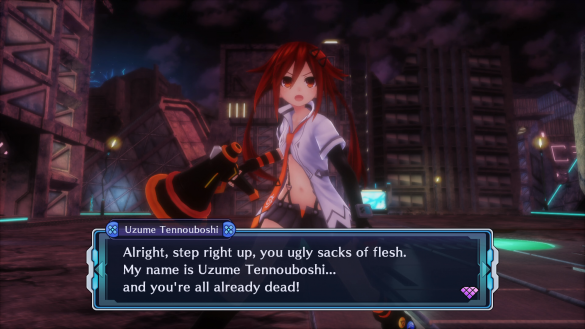 From the outset, it was clear this wouldn’t be the typical Neptunia experience. One of my most consistent complaints about the series was how bland, repetitive, and low quality the visuals were, with the constant reuse of maps, and modeling and texturing that would’ve been better suited to the PS2 than the PS3. Thankfully, all of that was addressed big time here. The new character models and locales are very well done, especially anything taking place in Zero Dimension, the game’s apocalyptic first world, and even the now-rare reused maps look great and feel like fresh experiences this time around thanks to a nice coat of next gen paint.

The designs of the new characters, especially new Dreamcast inspired heroine Uzume Tennouboshi and the Final Fantasy Type-0 inspired S-Sha, are wonderful as well, although your mileage may vary on the designs of the new NEXT forms for our original four heroines. Add in everything moving at a smooth and consistent 60 FPS and you’ve got a game that, while not a graphical masterpiece, certainly looks like it belongs in this generation and might just be the best example of anime style visuals on the PS4 released so far. 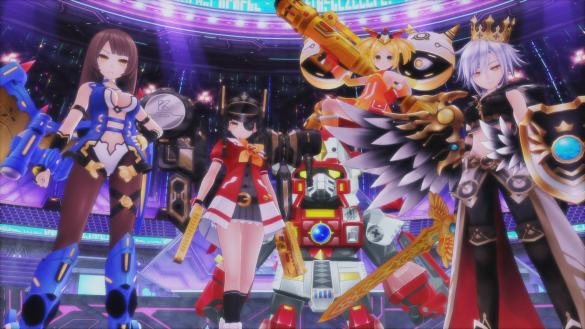 The sound production is top notch as well this time around. While nothing is on the same catchiness level as “here we go, good to go, Nepputunu“, the soundtrack is pretty great, with some real standouts in the form of “Brave Dance“, “Will Be Venus“, and the absolutely incredible “Dimension Zero“, each one fitting their respective situations perfectly. There are some clunkers as well, to be expected, but the good far outweighs the bad in this case.

Voice acting has also been stepped up massively, even compared to the improvements in Victory and the spinoffs. Completely gone are the days of everyone sounding samey and bland. Pretty much everyone sounds wonderful and unique, and a big shout out has to go to Carrie Keranen for stepping up as Vert in place of Tara Platt and doing a wonderful job. The lone exception to this voice acting improvement is Erin Fitzgerald’s Black Heart. While her Noire is absolutely fine, her Black Heart’s lines felt forced and read instead of naturally spoken. I don’t normally like singling out individual performances like this, but it’s really jarring when everyone else sounds so natural. 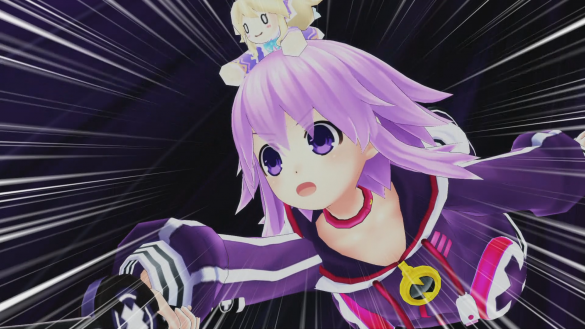 To go along with the much improved voice acting, the writing has been improved immensely yet again as well. The characters have never been written better, and the newcomers in Uzume, who absolutely stole my heart, and Gold Third are all incredibly likable and make me want more from them in the future. As for the story’s pacing and execution, cramming three full-game-sized stories into one game is something even top tier teams would have tons of trouble with, but Neptunia VII manages to pull off the feat with relative ease. The series has never been known for being serious, but this time around, the story does go a bit darker and a little bit more mature, and it’s all the more enjoyable for it.

If there’s any complaint to be had about the story, it’s that it does require two playthroughs to get the whole picture. But even then, V-II is packing one of the best New Game+ features in the genre, allowing you to pick and choose what to carry over, ranging from the usuals like levels and weapons, all the way to allowing you to keep every character around for your entire playthrough, a massive help in spots like Noire’s opening, and allowing absolutely everything except key battles and dungeons to be skippable. With these little creature comforts, a second playthrough only ends up being about five hours on average, which is super reasonable.

If that makes it sound like the game has changed its tune completely, though, don’t worry; All three story arcs still have plenty of laughs and charm to go around, and a ton of fun little references to boot. The one thing that has definitely been changed, mercifully, is that the creep factor from previous titles is completely gone for good. While there IS still plenty of fanservice, because let’s face it- it wouldn’t be Neptunia without it, it’s in slightly lesser dosages and thankfully, none of it involves skeevy situations or the underage characters. For me, personally, this might be the biggest improvement of all. 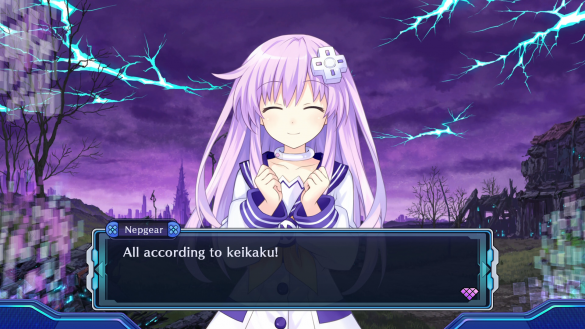 Well, okay, it’s the second biggest, because this combat system is WONDERFUL. Battles are quick, energetic, and easily the most satisfying in the mainline series by far. Most normal fights can end in less than 20 seconds, and even quicker if you decide to use the handy-dandy Skip feature- perfect for impatient types like me. That’s not to say there’s not some challenge, though. Enemies still can hit like Mack trucks, and the new Sharing Field battles, though rare, can be confusing to get a handle on at first.

The revamped combo building system is quite nice as well, with most of the frustrating features such as point limits being done away with. In place of that, weapons have different combo limitations put on them, forcing you to rework your combo each time you upgrade to a better weapon. While some may find that annoying, I enjoyed having to change up my strategy every now and again. Add in the new Combo Trait system and other creature comforts like a simplified Scout System, and you have the best gameplay in the series thus far, and a system that can legitimately compete with some of the best RPGs released in the last couple of years. 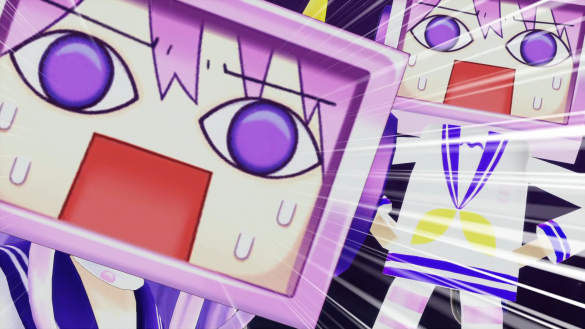 If I have any real complaints about the game, it’s that there are definitely some bits that can turn into a chore. Having random encounters on the World Map spices things up at first, but by the time you’re even maybe a quarter of the way into the game, they become trivial at best and an annoyance at worst. There IS an item given to you for subsequent playthroughs that stops these encounters, but it would’ve been nice to have had that at some point in the first playthrough.

Another letdown is the Investment system. While investing in Public Relations can get you neat stuff like new scouts or secret weapons, Commerce and Development don’t seem to be of much use. It’s only used for only unlocking costumes and low level recipes, respectively- a shame as it feels like a wasted opportunity, really.

Also, giving the low-level enemy monsters actual voices instead of simple growls and grunts was irritating. One can only hear “BUT IT’S KWISTMUUUUUUUUSSSssssssss…” so many times before wanting to rip their ears out. Seriously. 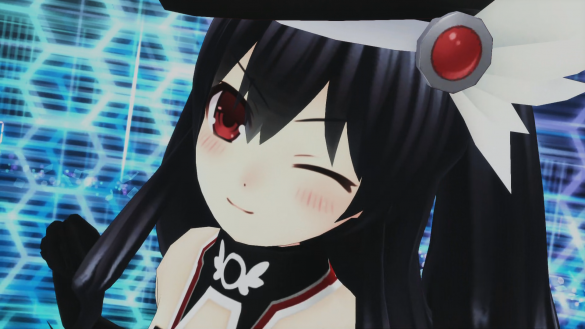 At the end of the day, though, Megadimension Neptunia VII simply made me happy. I kept thinking back to Mk2, and how angry it made me, as I played this. And while I still despise that title and don’t regret what I wrote about it, I honestly think that negative experience made this one all the more satisfying. In the five years we’ve followed Neptunia here on this pokey little website, we’ve seen it grow from one of the worst series we’d encountered here, to this, an absolute blast to play, and I honestly can’t tell you how good that feels. They grow up so fast, don’t they?

I really can’t recommend Neptunia VII enough. While it is still an acquired taste for most, it has a fun story, wonderful characters, great combat, and  it has a real shot at being this year’s best home console RPG. Between decent spinoffs that keep coming at a regular pace, VII being wonderful, and the still rather shocking reveal that Neptunia vs. Sega Hard Girls is actually coming west- with proper Sega backing, no less- NepNep is rolling with a momentum I don’t think any of us ever expected her to have, and I can’t wait to see where it goes from here. 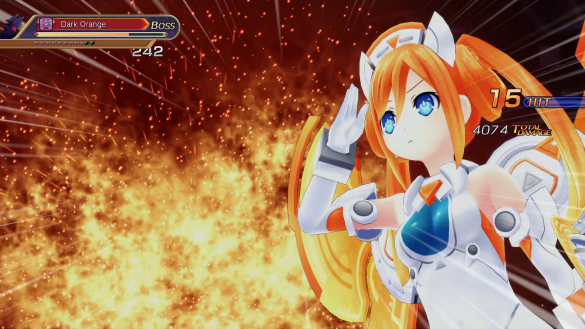