The biggest accomplishment of motion control systems like the Wii, Kinect, and Playstation Move is their ability to get people who have never played a videogame up and enjoying the device. Where videogames were once a thing for the younger generation we now see our parents, grandparents and even great grandparents playing along rather than yelling at us gamers to “get a job” or “get off our hippie asses and do some work for once.”

Sega got in on the Kinect action from the very beginning with Sonic Free Riders. A decent sequel to the furries on hoverboards franchise but it was hampered by some poor controls and gameplay decisions. Needless to say, it didn’t really take off with the older generation. Recently, Sega released their second attempt at garnering a more “mature” and “wrinkled” crowd of gamers with Rise of Nightmares. I reviewed it the only way I knew how: by taking it to a local nursing home.

Hit the jump to read their reactions. 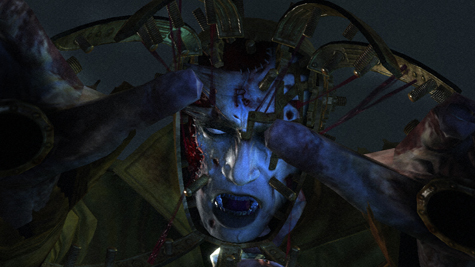 Me: So, Harold what do you think of the game so far?

Me: The one on the TV in front of you.

Harold: Oh, is Wheel of Fortune on? I haven’t eaten yet. I’m hungry.

Me: Hungry for killing more zombies?

Harold: Sure, I’ll have pastrami. I’d rather have bologna but whatever you got. I just don’t want to miss Wheel of Fortune. 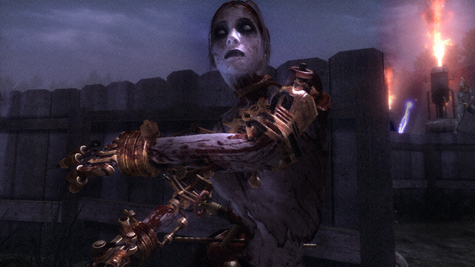 Seeing as Harold has lost interest in the game I bring a much more enthusiastic resident, Elsie, to the play area. She starts chopping up enemies immediately.

Me: Nice work, Elsie. You took down three zombies in a few seconds.

Elsie: Yeah, I chopped their fucking arms off with my machete.

Me: I saw that. So what do you think of the controls so far?

Elsie: Pretty good. The free movement is a little disorienting but I’m getting used to it. The combat however is extremely satisfying. I don’t even have to think about it. I just focus on cutting these little shits into tiny little pieces. Oh shit! Did you see that? Both the fucker’s arms came right off. Oh my god! There’s a chainsaw over there.

I watch Elsie pick up the chainsaw in the game and start shoving it into the various enemies that surround her. Blood and guts are going everywhere as the zombies’ screams fill up the nursing lounge. Elsie has a maniacal grin on her face and is starting to scare the other residents. 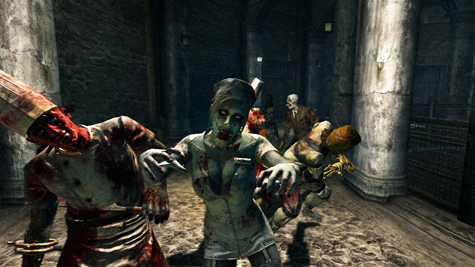 I shut the TV off to try and get the madness to stop. She falls asleep instantly with a tiny little grin on her face and her arms still moving occasionally. I imagine she’s continuing to murder zombies in her dreams. It’s so cute to watch.

More and more residents come to play the game. They pick it up easily although some opt to use the auto-move option rather than freely walk around the levels. I don’t blame them as the game does a great job of allowing you to find the right balance of being on rails or forging your own path.

I didn’t plan on staying as long as I am but the game goes on for a good 6 hours and the residents are still interested. Some keep playing for the gore, some to rescue the main character’s unborn child, while others just stay because they heard there were free snacks at the end. All were legitimate reasons although the snack rumor ended up being just that, a rumor… 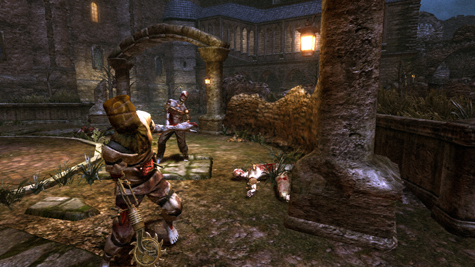 As the night came to an end Elsie suddenly woke up to wish me goodbye.

Elsie: Thanks for coming. It sure was fun slicing those things into little pieces and watching their body parts wiggle on the ground with blood spewing everywhere.

I pack up my Kinect and walk down the hall back to the entrance. In the distance I hear a nurse scream and Elsie’s maniacal laugh from earlier that night. I can only smile knowing I’ve done a great service to my community. I’m definitely getting into heaven.

Rise of Nightmares gets an A for making a little old lady’s day and being damn fun in the process.

Here’s some Rise of Nightmares gameplay

The controls of Rise of Nightmares sure look fun…