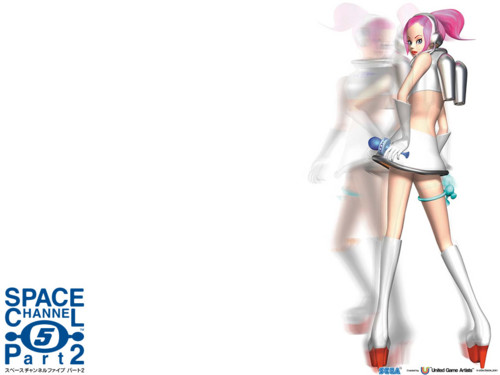 It’s no surprise that we here at Sega Addicts love the Dreamcast. And while we all have our favourite titles it seems that sometimes the more strange and obscure games pass us by. For example I had never really paid attention to the Space Channel 5 games mostly because they looked incomprehensible from the outset.

So what did I, a Space Channel 5 virgin have to think about it when I played it’s sequel port for XBLA? Well if you never tried a Space Channel 5 game you might want to hit the jump, as my thoughts may well mirror your own.

The gameplay of Space Channel 5 Part 2 is hard to explain on paper. I personally would like to think of it as an ‘on rails musical’, meaning that while the player has no control over where our protagonist Ulala goes, we can regain control over her when it gets to an actual dance off. The main aim of the game is to mimic the rhyme and moves of the enemy facing against you at the time. You do this by using the control stick and buttons to your advantage. While at first this may sound limiting and basic, the intricate moves and songs prove this wrong even in the first level. 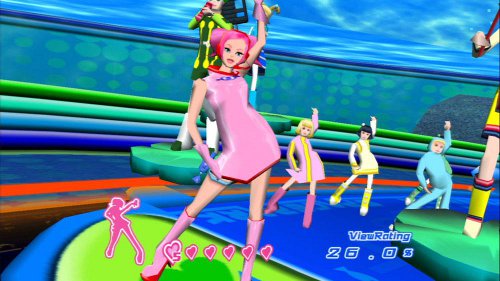 This is evidenced in one of the many dance off’s the game throws at you with it’s boss battles. And whilst keeping the challenge it also manages to mix things up successfully. This leads me to say with confidence that this part of the game has some of the best boss battles I have ever seen in a rhythm game. The ending boss is especially thrilling and suitably epic, for lack of a better word.

Of course the gameplay in a music game like this is actually quite incidental if the music isn’t up to snuff. Fortunately however the music actually compliments the gamplay with it’s catchy melodies. Melodies which are sure to have you hooked even hours after you’ve completed it’s featured level. 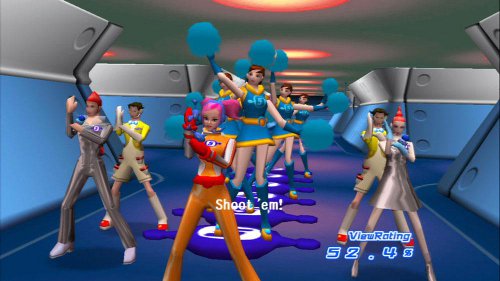 As you may be able to tell from various screenshots and gameplay videos, Space Channel 5 Part 2 is a very wacky and stylistic game. The art style is bizarre, yet still contained within it’s science fiction boundaries. This bright futuristic vision of the future also works into the game’s favour as the bright and pretty visuals never seem outdated, even for a late Dreamcast game. The only exception being some of the lesser human characters, which just look a bit weird and off putting by today’s standards. However there are also enough bizarre aliens and creatures with imaginative forms that  make up for the last generations human models. 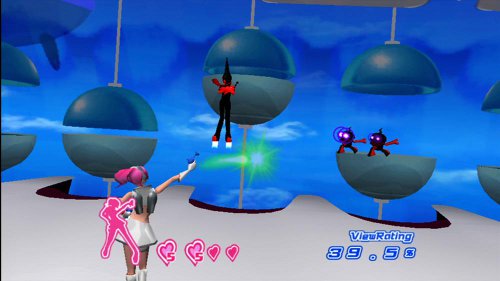 The story of Space Channel 5 Part 2 is nothing to write home about. It does it’s job and moves the levels at a fine pace. However the story is almost incidental in a game like this. Let’s face it, the last thing you’ll be wanting with this game is a gripping story. The characters though make up for this. Ulala and friends are indeed an entertaining bunch that fits the game’s tone very well. Michael Jackson is even a main player, which adds to the fun. It doesn’t make sense, but it is funny none the less.

My only real complaints with this game is that there is a serious lack of checkpoints. There were indeed many situations where I would play a small section of a level a bunch of times, only to fail at the last hurdle and go back to the very beginning. This is very frustrating as I increasingly began to get bored of the music. 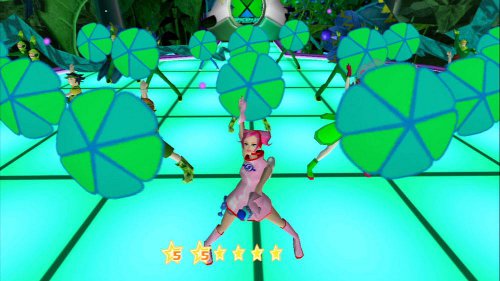 At 800 points this is also one of the cheaper XBLA games out at the moment. However the game is quite short. I beat it in an evening, however your playtime depends on how many unlockables you like to collect. As there are many outfits and different secrets to unlock, the game can be a somewhat deeper experience if you allow it to be. It’s definitely worth the experience the first time round either way. And if that doesn’t excite you there are also a slew of extra modes and difficulties to explore. 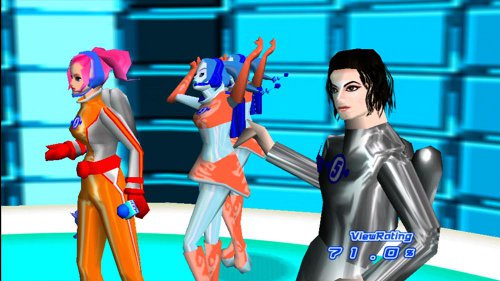 Overall Space Channel 5 Part 2 is pure music bliss. I have personally never seen anything like it, and I doubt we ever will. It’s fun verity and deceptively deep gameplay make it a great musical journey. One which I will be very happy to replay again and again. If you haven’t played either of the Space Channel 5 games then this is a perfect place to start.

In conclusion Space Channel 5 Part 2 gets an A-