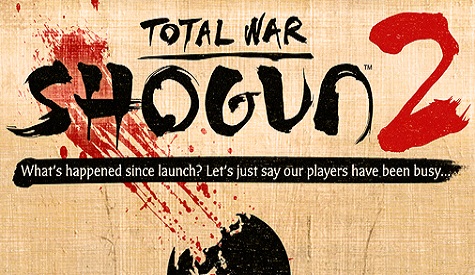 393 billion samurai have been trained, 159 billion samurai been slain and 24 million generals have been assassinated by ninjas in the mere span of… 1754 years of combined gameplay?! Sega and The Creative Assembly have released these stats and more in the form of the infographic above just to, you know, yet us know how things are with their BAFTA award winning strategy game.

The blood will only continue to spill with the release of a new patch allowing for multi-player battles between Shogun 2 and Fall of the Samurai players as well as 22 new maps, Steam Cloud support and drastic improvements to loading AI turn times. The full infographic can be seen by click ‘More’. 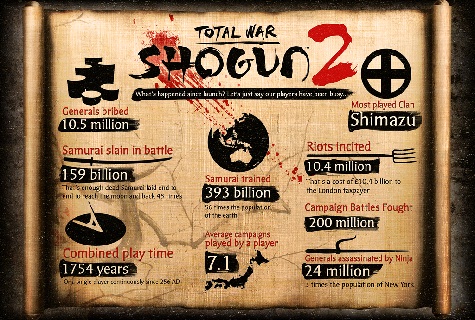 Yu Suzuki is leaving his position at Sega