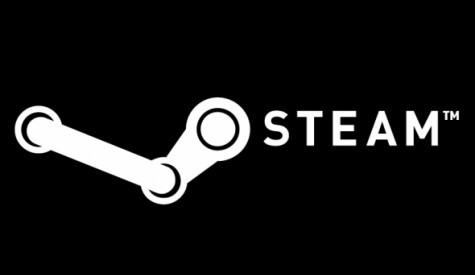 Several months back, Sega released heaping handfuls of Genesis classics onto Steam. Being the upstanding young gentlemen that we are, my fellow Sega Addicts and I took the opportunity to offer up our suggestions for each title. If we liked the game, we stamped it with an emphatic “Get it,” but if we felt it wasn’t worth your time, we threw it in the waste bin and quietly uttered, “Don’t get it.”

Well, several new Genesis games have once again hit Valve’s download service, and while this particular batch of classics doesn’t carry any special title, it is easily one of the best groups of games we’ve yet seen on Steam. Since we’re suckers for these fun little punchy reviews (and we think you want to know our opinions because we are so important and everything), we’re bringing back this Sega Addicts past-time once again.

Each game is going on Steam for $2.99. Are they worth your hard-earned cash? Hit the jump to find out.

Alex – Get it. For two reasons: 1) It’s a Treasure game 2) It’s one of the best platformers on the Genesis with some great art direction and unique gameplay that makes it stand out from the hundreds of other 16-bit platformers out there.

John – Get it. This is a fun and quirky platformer with a lot of charm and some memorable moments.

Michael – Get it. An absolute platforming gem from Japanese demi-gods, Treasure. As expected, they pushed the Mega Drive to its limits in terms of graphics, sound and music to produce a beautifully quirky 2D platformer with silky smooth controls, large bosses and varied stages including some interesting usage of ‘2.5D’.

Scott – Get it. One of the more creative platformers of the 90s, Dynamite Headdy was a more hip Kid Chameleon. Every ability you acquire added a quirky twist to the level and the main character. The bosses could be intense the game felt pretty big overall. The beautiful graphics and light-hearted sense of humor make this a game you don’t want to miss.

Josh – GET. IT. Anything that Treasure creates is almost always incredible, and this colorful, unique head-bashing adventure stands alongside Gunstar Heroes as the developer’s greatest achievement in the 16 bit realm. With a bevy of different weaponized heads and an otherworldy, theatrical theme, Dynamite Headdy feels like Treasure’s answer to popular power shifting characters like Kirby or Kid Chameleon.

Josh – Get it. With a cool Aladdin vibe and a nice combination of RPG elements and speedy, real-time combat, Beyond Oasis offers a pleasant 16 bit adventure with a solid narrative and stylish visual flair. Not for everybody, but worthy of any adventure fan’s attention.

Alex – Get it. While it’s not the best game in the series it’s still a decent beat-em-up and if you have a friend to play it with you can easily justify the $3 price tag.

John – Don’t get it. As much nostalgia as I have for these games I find the series just doesn’t hold up well. 3 is a decent Golden Axe, but there are others in the series more deserving of your cash.

Scott – Get it. The most polished in the Golden Axe beat-em-up series, and an excellent co-op game. The additional characters add some variety to what was once a bare-bones brawler. There’s nothing more satisfying than using your magic spells to cast some screen-engulfing death flames.

Tom – Get it. Even thought the graphics and gameplay of this installment are pretty bad, it stands out by having some pretty unique characters in addition to the old standbys, as well as giving the fighters a much wider variety of attacks. If you own Sonic’s Ultimate Genesis Collection, you’re probably better off just playing it on that, but if not, or you don’t feel like digging it out of a box, go for it on Steam.

Alex – Get it. If you’re a fan of JRPGs or want to see where Phantasy Star Online got its inspiration then this is the place to start. For $3 you’re getting a huge amount of game but I’ll warn you that this game is no cakewalk as this remains one of the hardest RPGs I’ve ever played and I still haven’t finished it to this day.

John – Get it. Phantasy Star II is without a doubt one of the most influential RPG games of all time. It’s got an amazing story that’s really dark for its time. Be warned though, this game can be obscenely hard and is very much an old school RPG. This can be hard to go back too. However if you’ve got the chops for it I can’t recommend it enough.

Josh – Get it. Generally considered to be the black sheep of the Phantasy Star series, 3 simply falls behind in terms of its lackluster presentation and its somewhat generic fantasy theme. That being said, the game offers a clever story with splitting paths based on decisions you make at certain points in the game. This may be nostalgia speaking, but I stand by this one as a very underrated game, even if it falls short in some ways.

Phantasy Star IV: The End of the Millennium

John – Get it. That game is beautifully drawn and has a lot of really cool fan hooks. Again it’s an old school RPG so you know what you are getting into.

Alex – Get it. Like Golden Axe III this isn’t as good as the 2nd game in the series but there’s enough new content and fun co-op gameplay to make it worth your while.

John – Get it. One of the better, albeit hard at times, Streets of Rage games. All Sega fans should give this one a go.

Tom – Get it. While not as polished or fun as the second game, this is still beat’em up action at its finest. It’s also still relatively expensive to find for Genesis, although it is on Sonic’s Genesis Collection. Still, couldn’t hurt.

Josh – Get it. If you enjoy old-school beat-em-ups you really can’t go wrong with any of the Streets of Rage games. While 3 is enormously tough, it also boasts longer stages, a silly robot-themed story, multiple endings, and one of the greatest beat-em-up characters in history, Dr. Zan.

Michael – Get it. Although newcomers to the Mega Drive may want to consider getting your thrills from another title. Revenge of Shinobi is an early Mega Drive side-scroller whose gameplay is simple to grasp, but will require skill and determination to master, just like training to be a ninja should be. The game features numerous challenging stages and bosses, but with it’s solid controls and lack of cheap shots, it can be considered as fair.

Tom – Probably get it. If you don’t have any of the forty versions of this that have already come out, definitely get it. It’s one of the best games on the Genesis. It’s very unlikely that any Sega fan wouldn’t already have this on several consoles–but even if you do, it’s worth having one more version.

John – Get it. This game is super fun and unbelievably hard. Get it and maybe they will finally make a new one!

Scott – Get it. One of the late great platformers on the Genesis. While it is still challenging, I think the first one was way more brutal. Vectorman does things with style like no other robotic garbage man could. The levels are creative, and the visuals are captivating. This is another game every platforming fan should own, and definitely a bargain at the asking price.

Josh – Get it. It’s odd to me that Vectorman 2 gets remarked on so little. Its visuals are even lovelier than the first, and while it remains tough as nails, this second entry is a tad bit more forgiving than the first game. If you’ve only played the first Vectorman, this one is certainly worth your time (and $3).