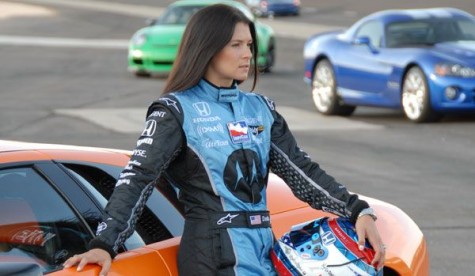 Wait, was she in Sega Rally?

In the days before E3, Sega started teasing us with the tantalizing promise of some “major” E3 announcement for Sonic and Sega All Stars Racing Transformed. Of course, most of us assumed this meant a reveal of another iconic mascot from Sega’s deep and multi-faceted library. With Joe Musashi out of the way, who could be waiting in the wings as the next “major” addition to the game’s roster? Could it be the stretchy-armed Ristar? The obscure Astal? The big-bootied Bug?

I’m afraid the answer is far less interesting or even Sega-related than any of those guesses. Nay, Sega has instead revealed that the next member of the SASR squad would be none other than NASCAR superstar/model/Go Daddy enthusiast/whatever Danica Patrick!!!

…Those might be the most ironic exclamation points I’ve ever typed.

Anyway, Danica will also be racing with Sega in real life this October at the Texas Motor Speedway, driving a Sega-sponsored car. Hit the jump to see her new Blast Processing-powered vehicle on display at Sega’s booth, though I couldn’t blame you if aggressive indifference/apathy stopped you in your tracks.

What the hell, Sega? I’ve dealt with a lot of disappointment at this year’s E3, but this “reveal” is especially irksome. No matter how amazing the roster is, I’ll always be wondering what character got skipped over in favor of this racing crossover sponsorship balderdash. Ugh. 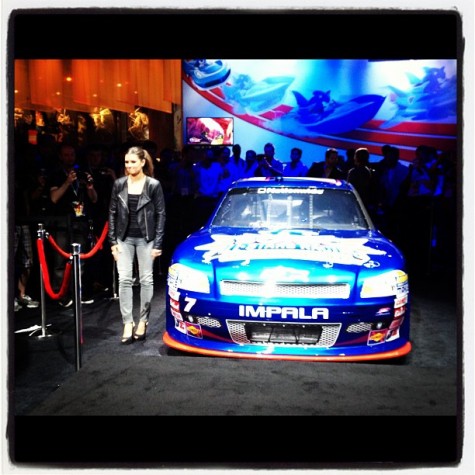 Yakuza 1 & 2 HD coming to Wii U in Japan, the West still getting diddly squat