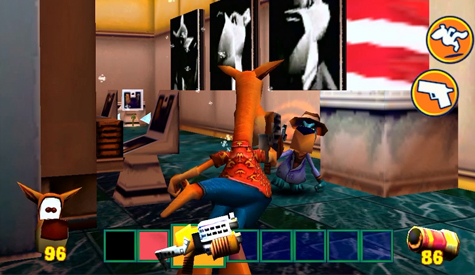 I have fond memories of playing the demo for Fur Fighters on my Dreamcast over and over again. While it’s been years since I’ve touched the game I remember it being a fun quirky third-person shooter with some similarities to Conker’s Bad Fur Day in the way the cute colorful exterior hid the fact that the game itself was actually quite violent.

Originally created by Bizarre Creations, who also developed Sega’s The Club, the license is now owned by Muffin Games, a studio made up of former Bizarre Creations staff. The game is available now on the iOS store for $1.99 under the title Fur Fighters: Viggo on Glass.

Have some new Under Defeat HD footage and screens