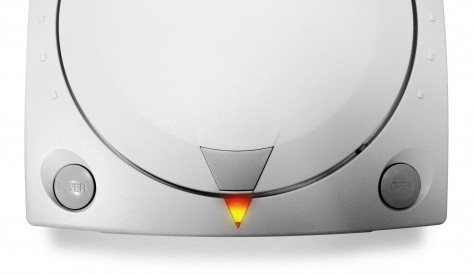 Sega’s last console, whose original legacy was a cautionary tale of a great company paying for their past mistakes, has evolved into a retro darling–a reminder of Sega’s willingness to try new, brazenly unique ideas. But beyond that, what has kept the fire alive in that little orange swirl for all these years?

Zoya Street is well aware of this fact, placing an interesting focus on the library of this iconic console in his recent Master’s thesis on the design of Skies of Arcadia. Street is looking to expand this concept into a full-fledged book, with the intent of exploring the history of the Dreamcast, not from the standard business or real-world perspectives, but from within the games themselves. The book, Dreamcast Worlds: A Design History, would focus on the design of three specific game worlds, studying subjects like architecture and characters to explore the history of the console from the inside out.

Dreamcast Worlds is currently being crowd-funded on indiegogo. It has reached $1,165 as of this writing, with 18 days left to go. It’s unfortunate that such an amazing concept is being funded on a smaller site, as I’m convinced that more than a few of the gaming community would be very interested in reading this book.

After the jump you’ll find an excerpt from Street’s thesis. It’s very academic in style, but Street has confirmed that the intent of the book is to take his analysis out of academia to make it accessible to the general public and members of the industry.  If you like what you see, you can read more of his work here.

A 3D platform game released by Sega one year after Skies of Arcadia, Super Monkey Ball distinguished itself by its emphasis on the vertical dimension. Level design played on pillars and castle turrets to visually highlight verticality, game-play introduced falling as either a failure or a short-cut to success, and the optical distortion of its wide-angle view further added to the sense of near-freefall. (Here I reference Johansson’s review of the game in Space Time Play) In Skies of Arcadia, verticality is skilfully employed in architecture to emphasise the three-dimensionality of the game-world and contribute to game narrative.

Height is mobilised in architectural design to narrativise the political differences between civilisations in terms of character agency. Under benevolent regimes such as Pirate Isle and the rainforest land of Horteka, it is easy to travel vertically by climbing ladders and poles. Horteka feels particularly playful, as many of its buildings are treehouses. Wood textures are used on Horteka and Pirate Isle to evoke a sense of freedom and paidia – play as exploration as opposed to ludic, goal-oriented play.

However, more controlling regimes such as Valua restrict the characters’ movement, particularly along the vertical dimension. Valua is divided into the upper and lower city, and the upper city is restricted to only those of a higher social class. Forbidden routes through Valua are achieved via the underground catacombs, which are populated by monsters that the characters must fight in order to pass through. The use of underground architecture for subversive action is established on Pirate Isle, where all buildings and objects that relate to piratical activity are located in a secret underground base.

This equation of height with power lends itself to a reading of Arcadia’s architecture as panoptic. In some ways this is true. Valua features many electric searchlights that glare down on the characters from above, at one stage in the game actually posing a real threat as being caught in the searchlight generates a battle with a set of deceptively powerful robots. The sixth civilisation’s location in `upper sky’ above the rest of the world is reflective of their aloofness and ultimate power to destroy the rest of the world in an instant if they see fit.

However, both in terms of the storyline and the game’s artificial intelligence, there is actually nobody behind the searchlight watching the characters. They are able to spend the whole game travelling the world freely, and when they do run into Valua they fight ship to ship as equals. A great deal of the power held by the enemy forces is not a result of their height, but of their technological power. So while architectural height does contribute to an awareness of control and aggression, this is only in conjunction with the theme of techology, weaponsiation and geographical power 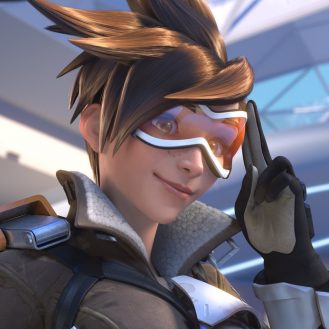