Official game soundtracks go up on iTunes all the time now. While plenty of them deserve your attention and money, very few stand out as must-haves like the soundtrack for Jet Set Radio. Hideki Naganuma’s catchy, infectious tunes are responsible for a good 40% of that game’s funky charm. The soundtrack will hit the day before Jet Set Radio’s HD release (Sept. 19th), but you can preorder it now on Amazon and iTunes for $9.99.

As with the upcoming HD rerelease, not all of the soundtrack is intact. Songs by Jurassic 5, Guitar Vader, and a certain…”classic” by a Mr. Rob Zombie are nowhere to be found. Once you come to grips with this sad truth, go ahead and click the jump to see the full track listing.

Everybody Jump Around – Richard Jacques

Rock It On – Hideki Naganuma

The Concept of Love – Hideki Naganuma 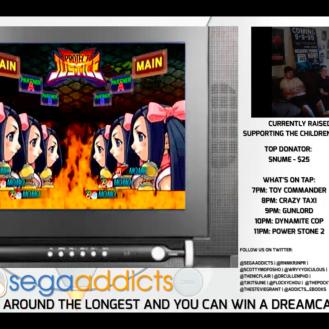