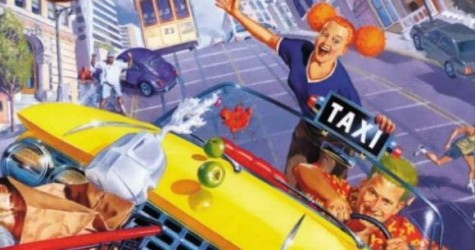 I miss the days when game cases had the same cover art as Choose Your Own Adventure books.

It’s been more than a year of hibernation, but Sounds of Sega is back, baby! What? You don’t care? I’m going to pretend I didn’t hear that.

For those of you who have no idea what I’m rambling about, Sounds of Sega is a periodic feature detailing some of the most iconic, lasting sounds in Sega’s history. This isn’t a soundtrack article, but a series that collects the aural bits and pieces of gaming past that have managed to embed themselves into our brain as being distinctly (and sometimes annoyingly) Sega. From the Genesis chant of “SEEEEEGAAA” to the VMU’s low-battery beep—it’s all covered in this obnoxious, snarky series. So please, for my sake, go against your better judgment and just try to enjoy. 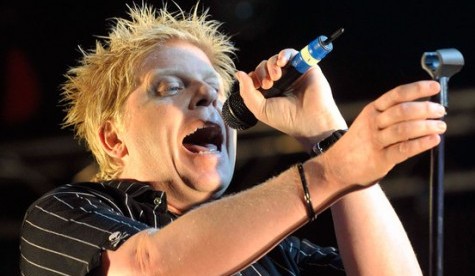 I can’t believe I have never realized it before, but Crazy Taxi is a sociopath’s dream game. Seriously, go back and play for just five minutes—before long you’ll feel like the bastard offspring of Bart Simpson and Travis Bickle. Every moment of Crazy Taxi is spent careening through bustling streets, colliding with and flipping over law-abiding drivers, transporting blathering, stereotypical passengers to random destinations…at any cost. Even more disturbing is the fact that your sadistic passengers will actually pump their fist in sheer delight and even increase their tip every time you nearly fulfill their death wish by missing oncoming traffic. Grand Theft Auto may be famous for the way it supposedly glorifies the indifferent slaughter of hookers and other, less sexy civilians, but at least those games apply some semblance of dramatic weight to the main character’s horrible misdeeds. Crazy Taxi maintains its lighthearted tone in the face of unfettered, horrifyingly violent anarchy, creating an obnoxious yet entertaining tone I now feel horrible for loving. This game whimsically encourages players to throw caution to the wind—and along with it, countless human lives. 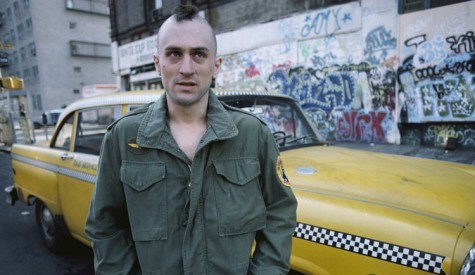 Emphasizing the ironic cheer of this perky massacre is the fact that the arcade-infused audio of Crazy Taxi is so loud and unapologetically relentless. Characters all spew boisterous, high-pitched demands, while you offer up flippant, grumpy little quips like “yeah, I got it.” Meanwhile, your car rolls up onto the sidewalk, casually taking another four human lives. It’s appropriate then that the game’s developers chose Offspring, an American band known for their perpetually shouting and spiky-haired lead singer, to headline Crazy Taxi’s limited yet insanely enthusiastic soundtrack.

Play for more than a couple sessions and you’ll quickly realize that there really isn’t much to any of this game’s music. Offspring and Bad Religion both offer up a small handful of songs, and while none of these tunes are particularly terrible, they get played so much within such a small window of time that Crazy Taxi fanatics end up finely-tuned connoisseurs of whiny late-90s aggro yell-rock, and are capable of reciting (i.e. shouting) along with every lyric. This repetition, coupled with the lead singer’s rambunctious, notoriously loud voice, has helped to drive one unavoidable utterance into the mind of every Dreamcast fan in existence like a rusty, frosted-tipped nail:

The very first sound heard in Offspring’s “All I Want,” this…er…lyric(?) serves as an unintentional cliff’s notes of the band’s silly and abrasive sound. This blunt, guttural chant has also come to symbolize the game itself; a vocalization of the stupid, caffeine-infused delight and “won’t-do-what-you-tell-me-dad” sense of rebellion that makes Crazy Taxi such ridiculous, unabashed fun. Because it’s completely separated from the instrumentation, this sound has become inextricably linked with the game, and that inescapable ear-worm aggravation has transformed into a rose-tinted nostalgic reminder of Crazy Taxi’s ridiculous, hair-brained rendition of X-TREME ENTERTAINMENT. 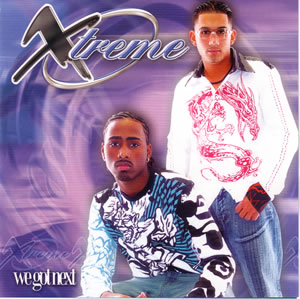 These guys have the Google search for “Xtreme” on LOCKDOWN.

It’s obvious that the actual content of the game’s songs never really mattered…like, at all. Hell, one of the other Offspring songs on the soundtrack is actually a catchy little diddy about a pregnant teenager and a violent, drunken father. I’m not joking. Hey, here’s a little tip for future game developers—no matter how much you want to infuse raucous rebellion into your game, it might be a good idea to steer clear of topics found in your average manipulatively depressing televised PSA.

But once again, that content never really matters outside of home consoles. In the competitive cacophony of arcades, cabinets need to aurally climb all over one another to get the gamer’s precious attention, and what better way to poke someone on the shoulder than to shout “YEAH!YEAH! YEAH! YEAH! YEAH!” at their delicate eardrums? It’s like an unnecessarily pushy answer to an unasked question: “Should I play a bit of Crazy Taxi?” Like Sega’s simplest games, Crazy Taxi didn’t need to articulate a damn thing. It just needed to get you strapped in for the five-minute ride. 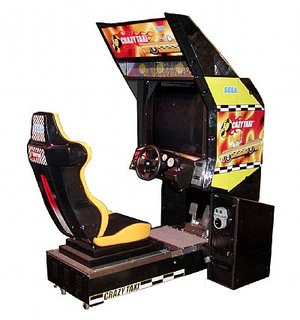 Even though Offspring is hardly a Sega-themed band, many (and I include myself in that number) have now come to associate that annoying scream with everything the company did on the their final console. Last year, when I announced on Twitter that I was playing Crazy Taxi during the first Dreamcast Marathon (PLUG), I was immediately inundated with tweets that contained that one gleeful word over and over and over again. “YAYAYAYAYA” is Crazy Taxi’s very own “Rolling Start,” “Let’s get ready to rumble,” or “Gentlemen, start your engines”–it’s an restless, elated shriek that gets gamers ready to dive into a violent, anti-social world of cheery vehicular mayhem. 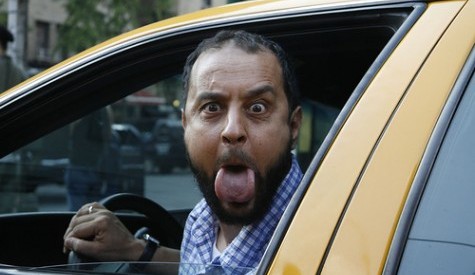 Come on everybody ride in my taxi cab. I’m the coolest cabbie that you will ever have.

Like what you just read? Did I entertain you with my real live jam? No? Well then why did you read the entire thing? HA. Caught you. You did like it after all. Well if you want more, feel free to check out previous Sounds of Sega articles below.

Review: Typing of the Dead: Overkill