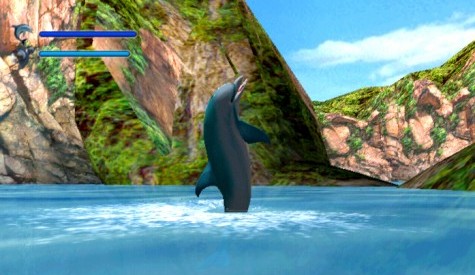 Ever since Sega broke away from hardware development back in 2001, the company has carried with it the weight of an entire library of great, prematurely deceased characters and franchises that fans still long to see rejuvenated. If Ecco the Dolphin creator Ed Annunziata’s recent tweets are to believed, it looks like Sega’s time-traveling dolphin can be taken off of that long list.

Recently, Annunziata posted the following tweet, which thanked mobile game consultant Scott Foe for setting up a meeting with the publisher,

Ecco fans, I need you to follow & tweethank @scottfoe, he convinced SEGA to meet with me now chances of a new Ecco the Dolphin x100!

While we have yet to hear about any specifics on the meeting, Annunziata did later tweet that the series’ original composer, Spencer Nilsen, is interested in joining the project.

Anybody interested in seeing this dolphin rise from the ashes? While I never got very far in the original titles, I’ve always appreciated their surreal yet relaxing atmosphere and very distinct gameplay. The Dreamcast reboot is also a very solid (if difficult) effort, and since none of the original creators worked on it, Annunziata and Nilsen’s involvement in this potential project is especially exciting.

Big Blue Kickstarter gets a Plan B