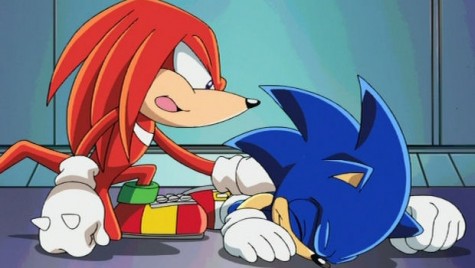 With Prope churning out a steady flow of creative and charming games lately, it’s no surprise that the developer includes Sonic creator Yuji Naka and several members of Sonic Team. It’s even less of a surprise that Naka originally left Sega due to a desire to make something that didn’t involve Sega’s blue cash cow.

In a recent interview with The Escapist, Naka candidly admitted his need to escape the life-giving franchise,

One of the reasons I left Sega was, if I stayed there, I would have had to just make Sonic games. Right now I don’t have to make Sonic anymore, so I’m enjoying that freedom a lot[…]

Right now I can create a game without any limitations or dealing with any outside company. I want to keep on creating my type of games, no matter what.

Interestingly, Naka did admit that his goal with Prope is to create another character to equal Sonic.

We all long for sequels to our favorite games, but the industry’s reliance on them is downright depressing. While the loss of Yuji Naka stings to this day, I can hardly blame him, and indeed applaud him for making a decision that best suited his need for artistic freedom. Considering the story from years ago that claimed Sonic Team had had the creativity crushed out it them, it appears Naka did make the right decision for the time.

The Sega Addicts Speak!: One Sonic Game For All Eternity