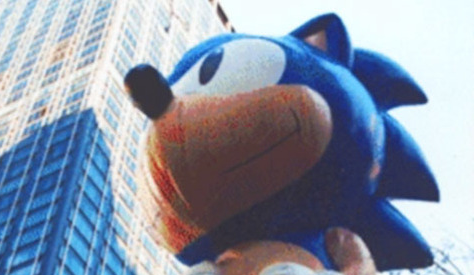 So back in 1993, Sonic was the first video game character to get a balloon in the Macy’s Thanksgiving Day parade. Take that, Mario. Unfortunately, Sonic proved a lot of the anti-video game folks of the day correct when he snagged a lamp post and crashed into a police officer on the ground. Spin dash!

He made a return in 2001 and in 2011, was re-introduced to the parade in a more Sonic Adventure-ish form. It turns out he will be back again this year, hopefully with no intention of hurting law enforcement members. Look on TV and/or the Internet for footage on November 22nd.