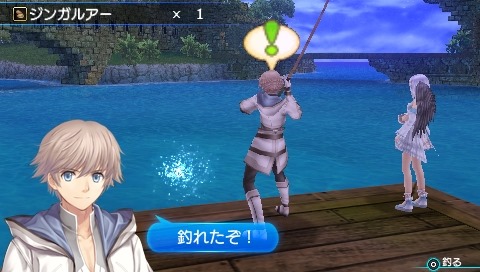 The latest addition to Sega’s Shining series, Shining Ark has been revealed to offer some interesting gameplay choices. The game follows the story of Freed after he finds a mysterious, one-winged girl named Panis washed up on the shore of his island. However, once taking her home to care for her, pirates and giant monsters attack the peaceful island.

Battling enemies involves utilising an active and command battle system to maneuver your four party members across the battlefield, eventually attacking using each members’ distinctly different attacks. Between these battles, however, you’ll find yourself maintaining your vegetable garden, visiting livestock to collect dairy products, fishing for fishies and hunting smaller monsters for minerals and materials.

Although it looks as if Shining Ark is set to be a real RPG gem, we’ll never really know. It’ll be released in Japan on the PSP shortly with no announcement or even an indication of a Western release.

Sega and Owlchemy Labs break up after disappointing sales