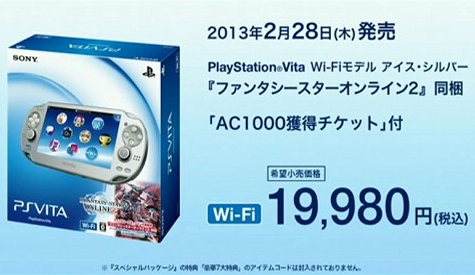 This Thursday is a big day for the Vita in Japan. In addition to the digital and physical release of Phantasy Star Online 2 on February 28th, Sony will also be releasing a new Ice Silver Vita which includes Phantasy Star Portable 2 on the harddrive and an AC 1000 ticket for the game worth 1,000 yen. Not a bad deal.

Phantasy Star Online 2’s digital release will be free and the physical version will include bonus items and costumes from Phantasy Star Portable 2. Hopefully will catch word of a Western release for the Vita soon.