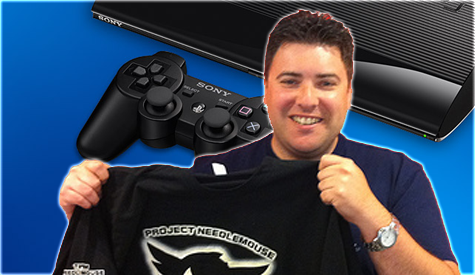 This week, Ken Balough, previously a brand manager at Sega, announced on the Sega forums that tomorrow, March 22nd, will be his “final day at Sega,” and that he will soon be joining Sony. It’s always a shame to see someone dear to a large community leave, but it also great to see said person grow to a bigger role.

Ken Balough joined Sega about five years ago, his most notable role was acting as the brand manager for the Sonic the Hedgehog 4 games. He was very fond with the Sonic community, and it was the same vise versa. In the post, Ken went on to say that “the Sonic fans are the best I’ve experienced – passionate, intelligent, with an unrivaled love of the franchise.”

Later on in the post, after a very heartfelt message to his fans, he announced that he was offered a “phenomenal opportunity” at Sony. It was great to have the opportunity of his close interaction with the Sega and Sonic community.

Ken, you will be missed, and good luck to you at Sony!