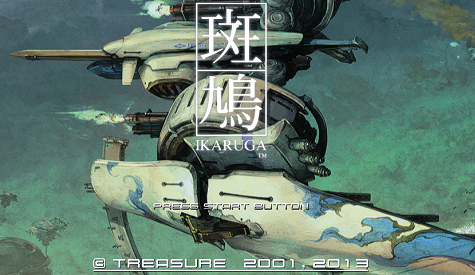 Treasure, a former second party developer to Sega, have announced via its Twitter feed that they are planning to bring its games to Steam. The legendary Japanese developer Treasure is responsible for what many consider to be some of the greatest videogames of all time. The vast majority of these games defined Sega console videogame libraries, such as Gunstar Heroes, Radiant Silvergun, Guardian Heroes and more.

As of now, only one game has been submitted to Valve, the owner of the Steam digital distribution service, that game being former Dreamcast exclusive Ikaruga. However, the game must first pass Steam’s Greenlight programme, which requires Steam users to vote for the game in order for it to be available on the Steam storefront. So what are you waiting for, go and show your support!

In all honesty, I find it odd that a developer as renowned as Treasure has to deal with the Steam Greenlight programme at all. Even so, it’s a clever move by Treasure which may have been brought about by Valve’s recent announcements of its upcoming Steam Box, Linux based SteamOS and the in-development Steam controller.

Voice your thoughts and opinions in the usual place (the comment section below)!