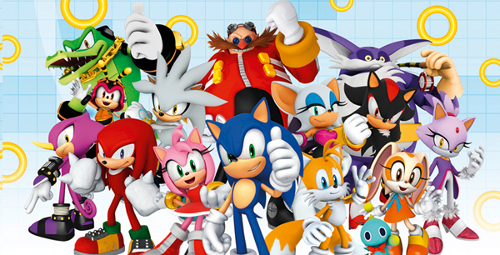 A couple of years ago I blessed the Sonic community with a well beloved article about the worst of the worst said games universe had to offer. Obviously everyone loved it and agreed with me 100%, so I can only imagine the positivity I would get from re-doing this article… right?

Surprise! I was being sarcastic! Yes the last time I decided to take a dive into this well it didn’t go as planned for me, and my status as a cock sucker is still being mentioned to this day- 4 years after it was published. And I can only imagine the reason being that I didn’t pick the correct group of awful characters! So here I am, as a final gesture for The Sega Addicts Dot Com, going to list the definitive top 10 worst Sonic characters ever! 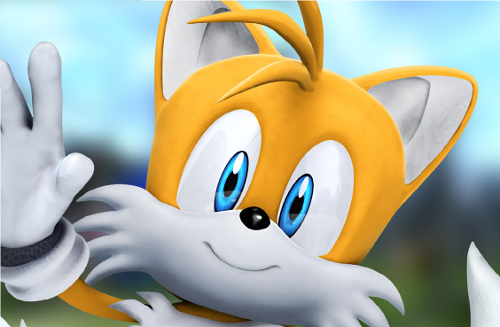 Oh boy we’re not off to a good start are we? While some fans may claim that making Tails the first Sonic ‘friend’ makes him invaluable to the franchise, many fans seem to ignore the fact that Sonic ‘friends’ blow chunks. This doesn’t make Tails a bad character though, as there was really no way to tell just how overfilled the Sonic universe would get- that in itself does not make Tails a bad character.

What does however is his overly whiny 5 year old voice, and immensely annoying personality. Though to be fair I think ‘personality’ is a strong word for Tails. What memorable character traits does he really have? Think of 12 and get back to me. For now he remains the 10th (but first!!!) worst Sonic side-kick. 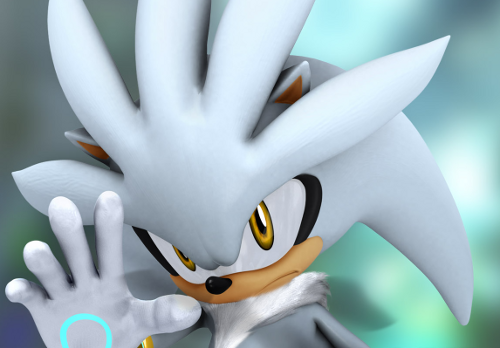 Hey guys do you remember The Terminator? Arnold Schwarzenegger’s cool, and cold character sends chills up peoples spines decades after the movies release. He really is a beacon for what an unattached villain can be. Just a super cool sci- fi nemesis.

Here’s a fun game: Take the above and replace ‘Terminator’ with ‘Silver’, ‘Arnold Schwarzenegger’ with ‘The Hedgehog’ and basically anything good I said with ‘a completely laughable attempt at crafting an interesting and serious sci-fi villain for what is ostensibly a children’s franchise’.

Also his boss fight sucked. There’s really ‘no use’ for your life if you find Silver appealing. 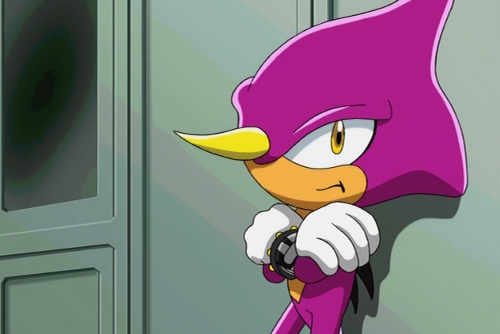 Essentially a filler character, Espio takes this spot for trying just too hard enough to be bad-ass. I’ve seen a lot of people defending him for being the ‘cool silent type’ but I think people forget that ‘cool and silent’ can still be executed extremely poorly. Really any member of the dreadful ‘Chaotix’ team could take this spot, but I’ve chosen Espio not only because his design ambiguously gets on my nerves, but because that same ambiguity also applies to his dull character. Let’s take a look at one of his most ‘memorable quotes’ courtesy of the Sonic wikia:

“Roger that.”
—One of Espio’s more common phrases.

Wow what a cool catchphrase! I sure hope he gets more dull screen time in future Sonic games!

Oh and before you defend him by exclaiming that he’s a ninja I would like you to stop being so predictable as to equate ninja with ‘awesome character’. You’re on the internet and everyone has already heard the ninja joke before. Go make those jokes somewhere else, and take your zombie and pirate gags with you. 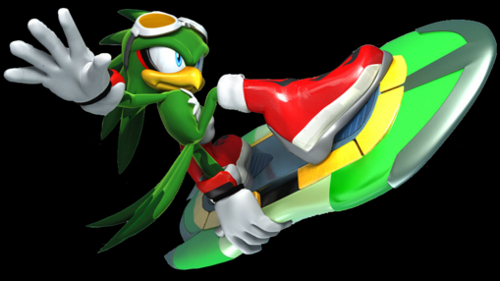 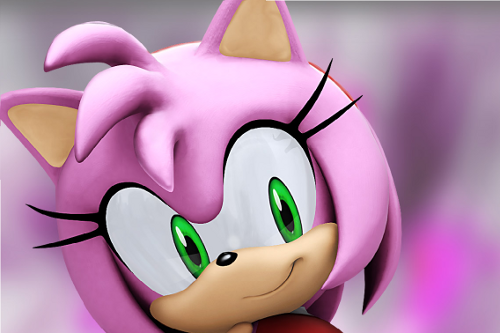 What confuses me about the love for Amy is that her fans are literally the only ones who like her. The player is usually put in Sonic’s place meaning you’re likely supposed have the same reaction as him. Even Sonic, your fictional hedgehog hero thinks she’s annoying. She’s purposefully made to get on your nerves! It’s like some sort of warped Suda 51 statement, but instead of being a commentary on the state of open world game design, or violence in media, it’s just a test of how long your finger can rest on the mute button without pressing it.

She exists to annoy you, and it works. I guess in a way her place here is a credit to the writers! Good job guys!

You know I’m really not doing well at this whole ‘not being controversial thing’. But it’s just so hard. The least I can do is try not to be confrontational. So let’s wipe our slates clean and move onto the final 5! 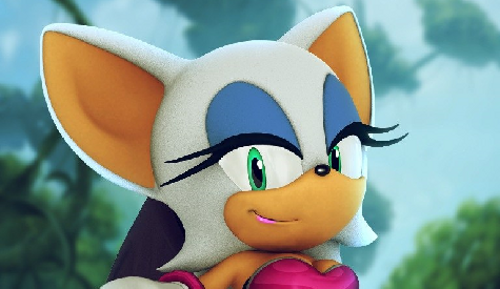 Rouge the Bat is an awful character and if you like her, you are a sex offender. No, I didn’t mean to write ‘likely’ I meant ‘are’. As in Rouge the Bat is so awkwardly sexual and explicit that you have to be an outright deviant to enjoy her presence. If you’re reading this and like Rouge the Bat I guarantee that you have a deviantart page, and if crude representations of her image (complete with stupidly grotesque inflated nipples) don’t encompass your art, then they sure have a well earned spot in your favourites category.

As does she deserves the spot on this list. Because if this weren’t enough she’s also constantly spouting incessantly irritating dialogue. She’s always helpless, yet mean to everyone. I think she’s written as a ‘strong independent woman’ and if that means being one of the most badly communicated female characters in the history of videogames then they really hit the nail on the head. If you like Rouge then you’re not only a sexual pervert, you’re a sexual pervert with bad taste. 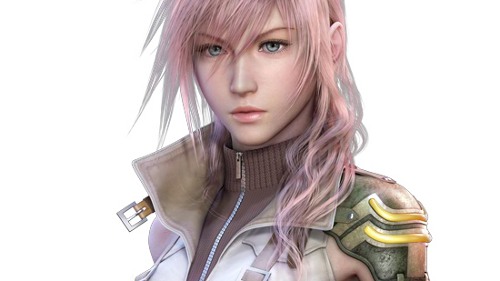 What’s worse than a failed attempt at a ‘strong independent woman’? A complete disaster in the other direction.

Why is she a human love interest? I don’t know why the writers behind the ‘classic’ that was Sonic the Hedgehog ’06 decided that bestiality was the direction the story needed to go in, but they stuck to their guns and here we are. Princess Elise is the conduit for that awkwardness, and her attraction to a giant cartoon hedgehog only serves to unnerve the non-perverts in the audience (looking at you, Rouge fans).

But I won’t let ‘main reason’ mean ‘only’ because there’s so much else to hate too! While the game she comes from remains an enigma in terms of crafting a ‘realistic’ universe for a children’s cartoon platformer, Elise proves to be the main example for how that choice doesn’t suit Sonic at all. She just looks off, and it matches her personality to a T. Nothing she says ever entertains, enlightens, or moves the plot forward. She’s worse than Peach as a useless damsel because at least Princess Peach fits in her universe. In terms of design, calling Princess Elise a sub-par Final Fantasy character is even doing Final Fantasy fan characters a disservice. 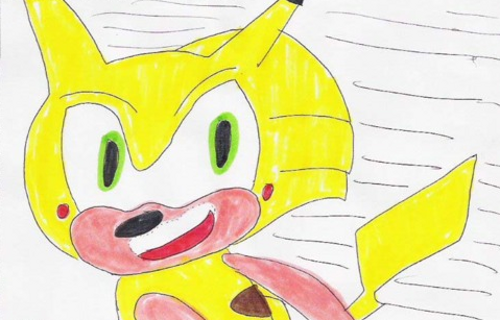 Oh we all knew it was building up to this didn’t we? If the Sonic franchise is a toxic waste facility then it’s fans creations are the disgusting muck dwelling under it’s sewers. They’re the dirty little secret nobody wants to talk about, except they’re not a secret. Sonic fan characters are shoved in your faces by their creators and let’s be honest, they’re all lazily designed.

Every single recolour lacks imagination and showcases just how derivative the Sonic fan base can be. They’re a joke. Literally, if you aren’t making Sonic recolours and don’t belong to that community, than everyone else is laughing at you. I’d say the ultimate example of this would be Christian Weston Chandler’s Sonichu, but I’m willing to bet there’s an even worse ‘original character’ out there.

And I think I found it… 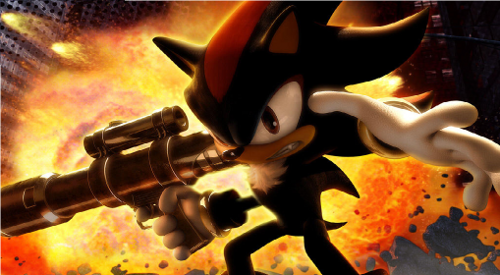 Yes if the late 90’s left us anything best left forgotten it’s the ‘dark ‘n gritty’ craze that infected nearly every comic book of that era. But here it’s worse because Sonic Adventure 2 came out in 2001. Not only is Shadow an embarrassing attempt to make (say it with me) a children’s franchise dark, but he’s one that was outdated even when he came out. And let’s be honest: Sonic Adventure 2 isn’t even a good game anyway.

A ridiculously emo character, Shadow takes every opportunity to complain and shout about ‘Maria’ a MacGuffin best left unexplained if I’m to keep my sanity. He’s just the worst. Have you played Shadow the Hedgehog? Can you actually take it seriously? Can anyone take it seriously? That game just encapsulates him perfectly. It’s laughable in how it tries to create an ‘edgy’ character. Shadow uses guns and says ‘damn’ in a way that even most 13 year olds find childish. Fortunately Sega started to drift away from the ‘character’ after that, but it doesn’t make things any less annoying now that we’re stuck with him. Has Takashi Iizuka even thought about Shadow recently? Is he horrendously embarrassed? Because everyone who had any hand in making him ought to be thoroughly ashamed of themselves.

Shadow the Hedgehog is embarrassing, mopy, unoriginal and completely antithetical to the entire Sonic series. Again, he’s just the worst.

Well that would be if not for…

NUMBER 1: Whatever You Think Sonic Is 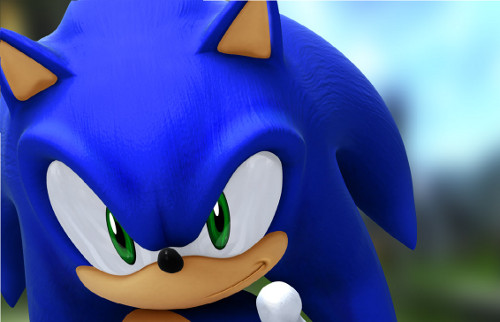 There’s a reason I’ve (perhaps over) used the words ‘children’s franchise’ within this article. While it should be taken for granted, a series which stars a giant anthropomorphic hedgehog is still regarded as serious adult fodder. One has to only peek at the Sonic Adventure 3 (hahahaha) facebook page to see fans clamouring for a ‘serious’ plot. One only has to read the mountains of horrifically over sexual fan fiction to get a taste of someone’s perverse desires. One only has to see various insulting comments against anyone who dare call out anything weird, or stupid, or problematic with a series that- let’s be honest- contains more awful than good- to see just how desperately serious people can take these videogames.

But this isn’t ‘one’ or ‘only’. It’s a culmination. A culmination of people whining at others for finding any fault in their precious franchise, made by a company who couldn’t give a shit about them. But I get it.

Sonic is important to people. He’s a part of many childhoods (he’s a part of my childhood) and represents how a lot of people got into videogames in the first place. Sonic means something to it’s fans. But let’s be honest: He is not a serious character, and if you think he is- then that’s the worst representation of Sonic you could ever find in his own universe.

But before we go, you may be wondering: ‘Isn’t this just a piece of obvious click bait meant to make fans angry and gain attention before you leave Sega Addicts?’ Well I’ll let you in on a secret, hypothetical reader: That’s exactly what I’m doing. Prove me wrong.