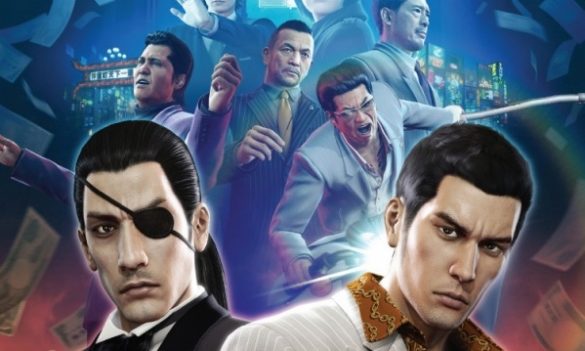 Finally, the moment we’ve all been waiting for.  Yakuza 0’s release is on the horizon, with Kiwami and Yakuza 6 following not far behind.  In this incredible Year of Yakuza, we’ve all been waiting with bated breath to see just what Sega of Japan has in store for us, so let’s cut right to the chase, shall we?

Kazuma Kiryu is back and reliving his golden days as a fresh young Dojima Family grunt in his newest adventure. Starting from the very bottom of the food chain, Kazuma finds himself working as hired muscle collecting delinquent payments (i.e. beating the living tar out of debtors) for local loan sharks.  Everything changes after one such collection, when his target winds up dead and the Family’s none too happy with the prospect of having a murder pinned on them as a result of Kiryu’s actions.  It’s up to Kazuma to tackle the seedy, fluorescent-colored underbelly of Kamurocho in order to prove his innocence and get to the bottom of what really happened to this seemingly random businessman. 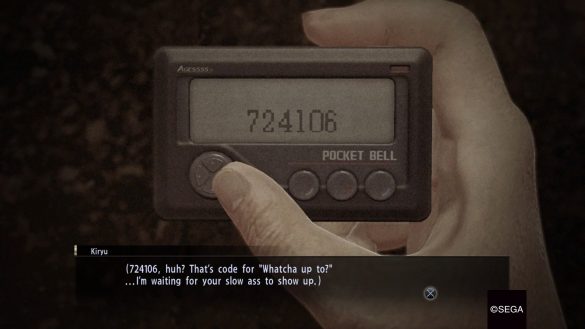 Don’t let those neon lights dazzle you, though- there’s plenty to do in 1980s Kamurocho.  Between Club Sega, bar activities like darts and karaoke, learning new techniques and fighting styles, and sampling the lovely ladies that the hostess clubs have to offer, players will have their work cut out for them trying to complete everything there is to do.  This is, of course, on top of running a successful racket of your own, which already promises to keep your hands full. Not enough, you say? Fortunately for you, Yakuza 0 isn’t limited to just one character or even one city!  Goro Majima joins the fun and has a manic city of his own to manage in the form of Sotenbori, where there’s yet another racket to run and even more on the side to keep you occupied. 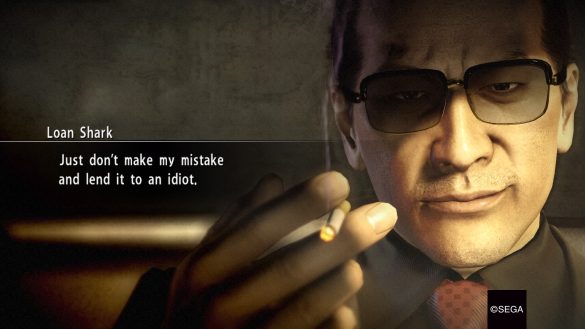 By now, you may be wondering how it is that running successful businesses could be important in a brawler game.  What would you say if I told you that the success of your business could be vital to your survival and success in the main game itself?  “That makes no sense,” you might say, but it’s true- the amount of money you’re able to earn determines how powerful you become and, more importantly, how quickly.  No more earning experience to beef up your characters- now, instead of spending skill points, players will spend their hard-earned cash to invest in themselves and unlock new skills and abilities.  No business sense?  No problem! Our heroes can earn their fortune by how well they do in fights as well, earning potentially large sums of cash by putting on a flashy, destructive show of dispatching the local hostiles.  Sure, money can’t buy happiness, but it comes pretty close when it’s used to directly impact how quickly and brutally you’re able to destroy your enemies. 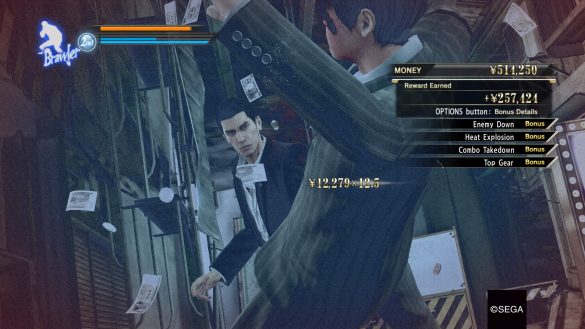 Let’s not get so wrapped up in this world of fast money and faster women that we forget about the story, though.  I won’t be spoiling anything in this piece or in the full review, but I can say for certain that Yakuza 0’s story is shaping up to be stronger than Yakuza 5’s was.  Every two chapters, players will switch between Kiryu and Majima, two young, relatively unknown grunts hoping to make it big in the Yakuza underworld, each with their own problems and power struggles to get swept up in.  As it doesn’t build on any of the existing story surrounding our heroes, Yakuza 0 has the special privilege of serving as a perfect jump-off point for anybody contemplating trying the series out, and it makes a great opportunity to get to know some very important characters before Yakuza Kiwami, the HD remake of the very first game in the series, comes out in the West later this year.

Yakuza 0 releases for the Playstation 4 on January 24th.  Check back here on January 19th for our full review of the latest title in the well-beloved Yakuza series!