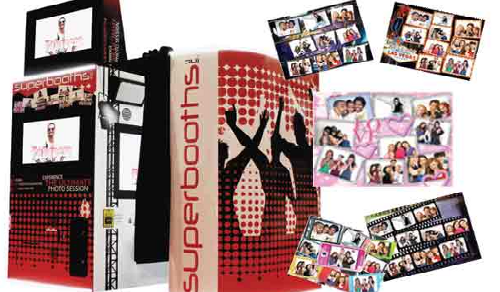 Sega has always been a company of many talents when it comes to the arcade business, and it seems that they are intending to branch out with their new ‘SuperBooth’ machines bound to hit outlets soon. Sega’s new photobooth machine will aim to recreate the celebrity photo-shoot experience that all 16 year old girls dream of, by accompanying your picture session with a soundtrack and flashing lights. A fan will also blow at various intervals to give you the windswept look that only an oversized novelty can provide. Sega general manager Peter Gustafson was so excited by these prospects that he was forced to create the entirely non-stupid word ‘photo-tainment’ to describe it. In a press release he also said that this machine will propel the photobooth experience into an “entirely new and refreshing direction.”

The machine was tested at the Dave & Buster’s arcade/restaurant chain, which now has 61 of these booths distributed across all the store venues. Depending on the success of this testing you can bet that you’ll probably see one pop up somewhere in a shopping centre near you. And trust me, it will. This ain’t yo daddy’s photobooth experience after all. This is paving the way for a new breed of photo-tainment! A way which Sega hopefully won’t regret.