Since the release of Trails of Cold Steel in the west, I’ve been in love with Falcom’s games. With just a modest budget, they craft masterful experiences full of heart and detail, with a special charm not seen from many other companies. So when I learned that Aksys games was bringing over Tokyo Xanadu and it’s PS4 expansion, Tokyo Xanadu EX+ I was ecstatic. The Vita version is the original game and is releasing first, while the expanded PS4 port, EX+ is releasing in the West this November. Both the Trails/Kiseki and YS series have enthralled me throughout their numerous entries, and this is if those series had a baby that was born in modern Tokyo. I was excited and a little worried to see how the company would handle such a drastic change in style and tone. The short version? They completely nail it. The long version? 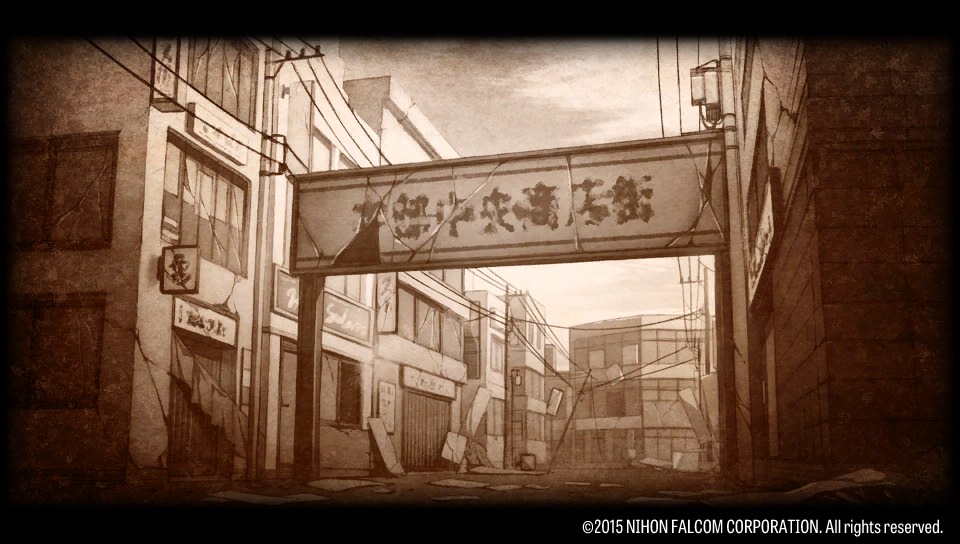 Players take control of Kou, who lives in the Tokyo suburb of Moriyima 10 years after an earthquake destroyed most of the city. After a fated encounter with a transfer student named Asuka, he learns of a world that exists alongside our own called the Eclipse, full of monsters called Greeds. There are gates to this terrifying world appearing all over the city, and the only way to combat these monsters is with weapons called Soul Devices. Kou and an ever growing party of students who can wield Soul Devices must keep the peace in Moriyima, and uncover the truth on why the Eclipse continues to expand at such a rapid rate. The plot keeps things interesting and well paced, and there’s always a sense that there’s something much bigger going on that kept me invested. Falcom’s charming world building make Tokyo Xanadu feel refreshing and unique, even with it’s “cliche” premise. It’s also worth noting that this is the most “Anime-esque” game the company has ever worked on, but Tokyo Xanadu wears this like a badge of honor. Each chapter plays out like a different episode of a great anime, giving the game an episodic story structure and a unique flow, little details like the catchy opening playing at the beginning of each chapter tie the presentation together in a wonderful bow. 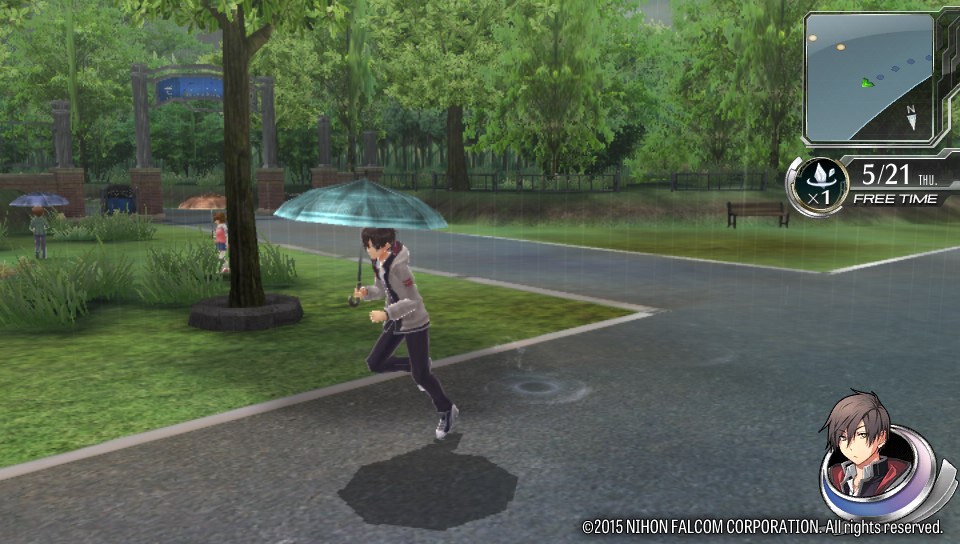 There are two different styles of gameplay in Xanadu, town and dungeon exploring. Moriyima is a wonderfully designed city with so much to see and do, and exploring all over during the numerous side quests and odd jobs Kou does is addictive. At the beginning of each chapter, players are given free time points to spend time with any of his friends to flesh out their personalities further. While based primarily on the popularized Social Link function found in Persona games, this functions closer to the social mechanic in Trails of Cold Steel, and give Kou more experience to unlock more abilities. I’m also pleased to say that story sections never feel too constricted, as players will always still be able to shop and explore all over Moriyima. 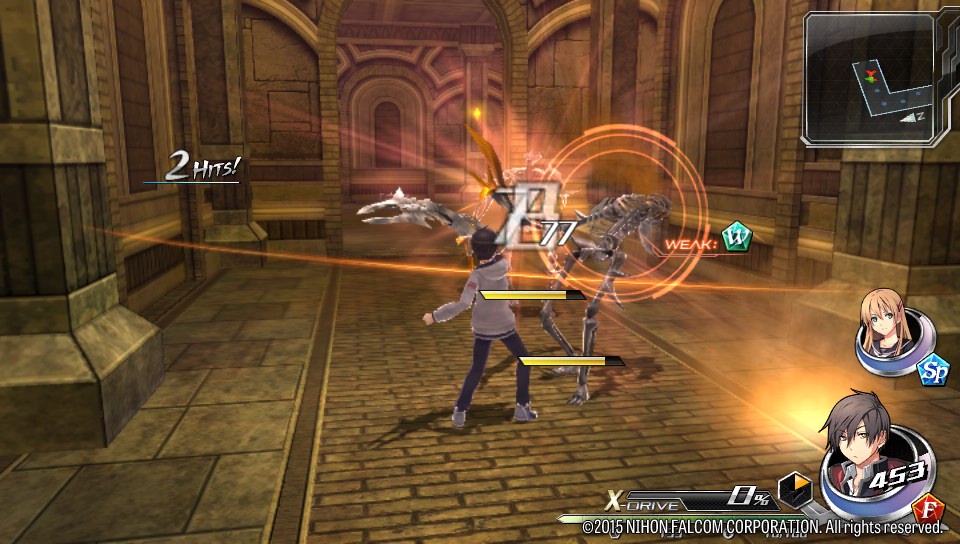 When players discover an Eclipse gate the game changes to a hack and slash dungeon crawler hybrid. In these sections, you bring up to three party members into a dungeon, and can switch between them at any time. Each character’s weapon has an element, and every Greed has an elemental weakness, so you are rewarded for switching frequently. This breaks up any possible monotony, and was a fantastic way to combine the previous established gameplay styles of YS and Trails. Greeds also drop a variety of different materials you can use in customizing and upgrading your skills, weapons, or equipment. Best of all, progression in these mechanics go at a satisfying pace. Characters also have a fun variety of moves to used, which keeps engagements with enemies fun. I had a blast in these sections, but they suffer from one big problem. Falcom is known for making challenging games, but this base version of Tokyo Xanadu is just far too easy. I played on Hard at the advice of a friend, and it still never gave me any serious challenge. I’d recommend every player to play on Hard for an experience Normal should have provided, and Nightmare if you want a real challenge. From what I’ve played of my imported copy of EX+, the difficulty problems are fixed, but it’s a shame the base version had these at all. Besides some that and some nitpicks with the camera breaking lock on in boss fights, I had no other complaints. 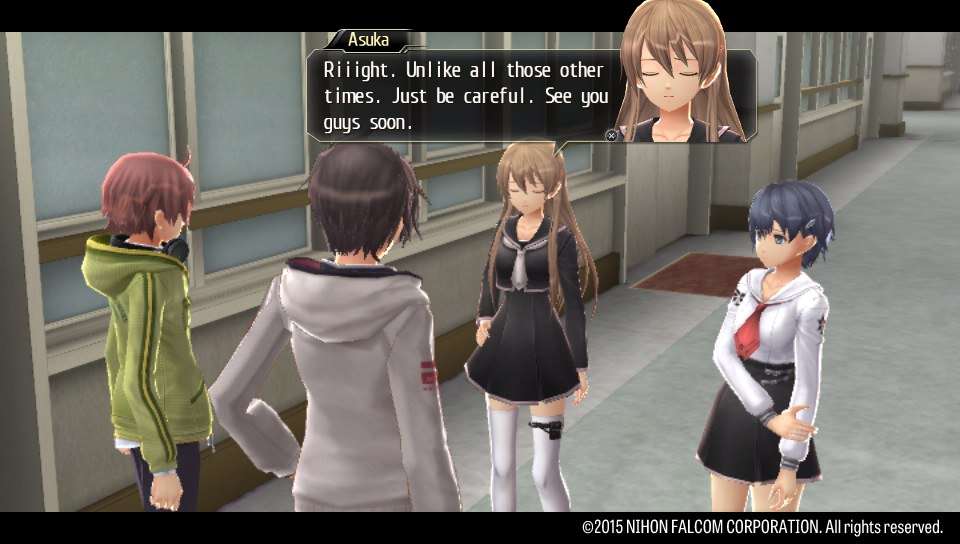 The graphics and art match the quality standards Falcom is known for, and look great for a Vita RPG. Character models and animation succeed in getting the job done without ever looking unfavorable. This is running on an updated version of the engine previously used in Trails of Cold Steel, and framerate and graphical problems from those games have been ironed out and improved on since then. In my time playing, the game rarely dropped from a consistent 30 fps, and felt pretty smooth to play. The upcoming EX+ version promises a 60 fps at 1080p, but I was pleasantly surprised with the performance on the base game. The one thing I can say is completely flawless was the soundtrack, and this might just be one of my favorite Falcom soundtracks to date. Every track is just so pleasant to listen to, and with 71 tracks in the base game there’s plenty of variety. Falcom are well known for their incredible soundtracks, and I’m so glad they made something to fit the new setting while not being derivative. Lastly, the game features Japanese audio only, and while I would have appreciated a dub, the Japanese voice acting is top notch. 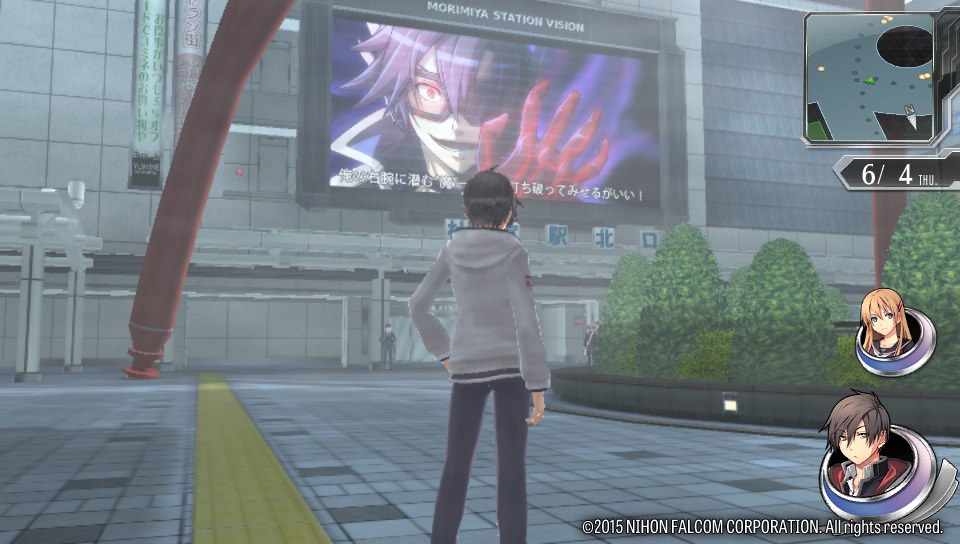 Falcom’s use of dialogue to build their worlds is one of the many reasons I adore them so much, and thankfully returns in this game. NPCs have interesting dialogue that changes regularly, so there’s always well written foreshadowing and world building happening in every interaction. While I never felt the NPC dialogue was as intricate as the Trails series, Falcom still did a great job at making the world feel full of life. The localization is also well done, and Aksys went as far to bring in someone who used to work at XSeed so the game felt just like the Trails series. As a fan of XSeed’s localizations on those games, I felt at home while playing this, and despite the rare typos I loved this localization. 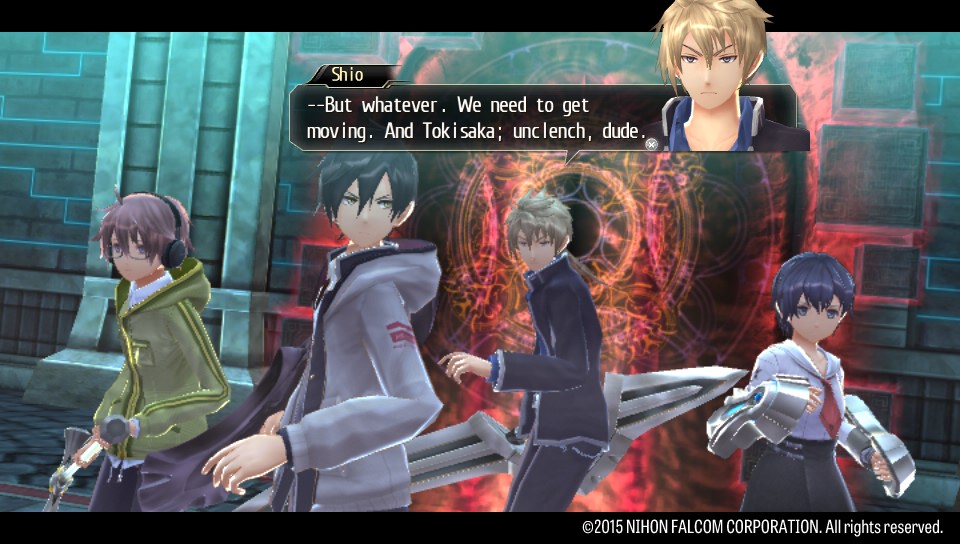 Tokyo Xanadu’s Vita version is a solid package that can provide any Vita owner a great, if not slightly flawed, portable RPG. It’s the most approachable game for anyone looking to try a Falcom game for the first time, and a fun game to tide fans over until the releases of YS VIII and Trails of Cold Steel 3. With tons of sidequests to discover, dungeons to explore, an incredibly detailed world, and an entertaining story, Tokyo Xanadu is well worth your time and will easily last any player at least 30-40 hours. While the EX+ will easily be the best version, players will not be disappointed by getting this version or double dipping in November.

Review: Doctor Who: Worlds in Time