You could be easily forgiven for not knowing a new Valkyria game was on its way. Between Sega entering another potential boom period with multiple major titles dropping, and 2017 in general just being stacked with fantastic releases across the board, Valkyria Revolution has somehow managed to sneak under practically everyone’s radar. It seemed like even the most die-hard of Valkyria fan hangouts were ignoring it, much less the bigger sites. Hell, I’d even forgotten about it until the press emails started to roll in a couple weeks ago.

And that’s a shame really. After years of clamoring for a new game released in the west, and the fanbase putting their money where their mouth is and absolutely shattering sales expectations of the Valkyria Chronicles remasters, Revolution has been welcomed with a whimper, rather than the fanfare one might expect.

Armed with a fresh setting, a large main cast, and a new playstyle for the series, could Valkyria Revolution surprise everyone and be the sleeper hit of the summer? Read on to find out. 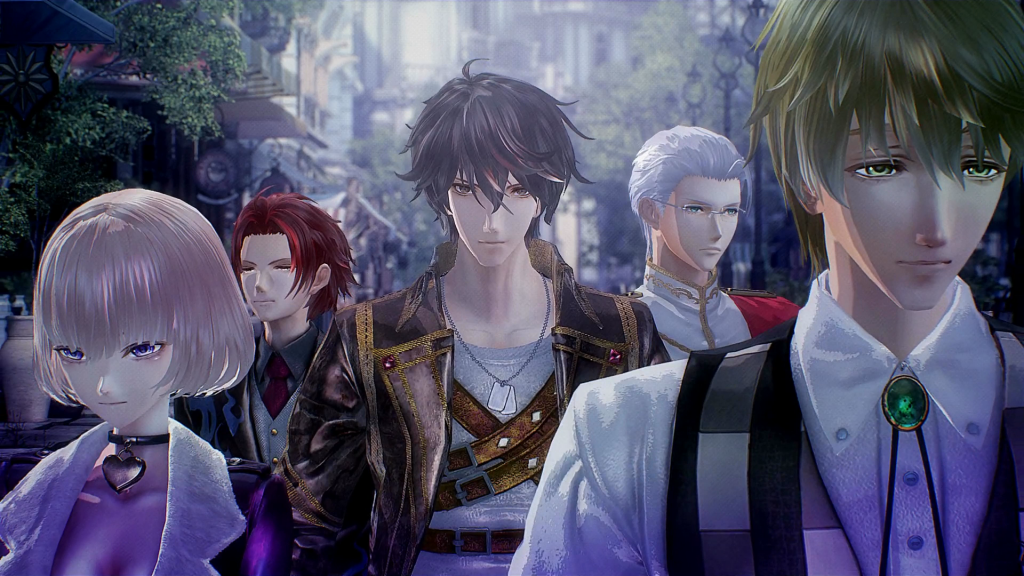 So, for all those playing “BTH Writes a Review” bingo at home, you can go ahead and mark off the space that says “Brings up Final Fantasy Type-0”. The similarities between that and VR are incredibly hard to ignore. Both are offshoots of primarily turn-based franchises that take the gameplay in an action-oriented direction. Both stories are based around war with each party involved being more grey than black or white. Even the way the character rosters are handled are similar, featuring a dozen playable characters, each with a playstyle and personality to suit any taste, with a brooding, mysterious soldier being the main focus of the story.

The two games are as different as they are similar though. Aesthetically, Revolution might not be quite as refreshing as its predecessor was almost a decade ago, but it can still stand with some of the best anime-style titles this generation. The new “Gouache” engine translates the series’ signature style nicely, and there are some genuinely beautiful sights to be seen, with equally beautiful music (composed by the always brilliant Yasunori Mitsuda) accompanying them. The town areas are the standouts here, and, another bingo space, give off a very slight Resonance of Fate vibe as well. While nice, the character designs aren’t anything super special, and admittedly a few of the models, including our intrepid hero Amleth Grønkjær, look very odd in certain scenes. 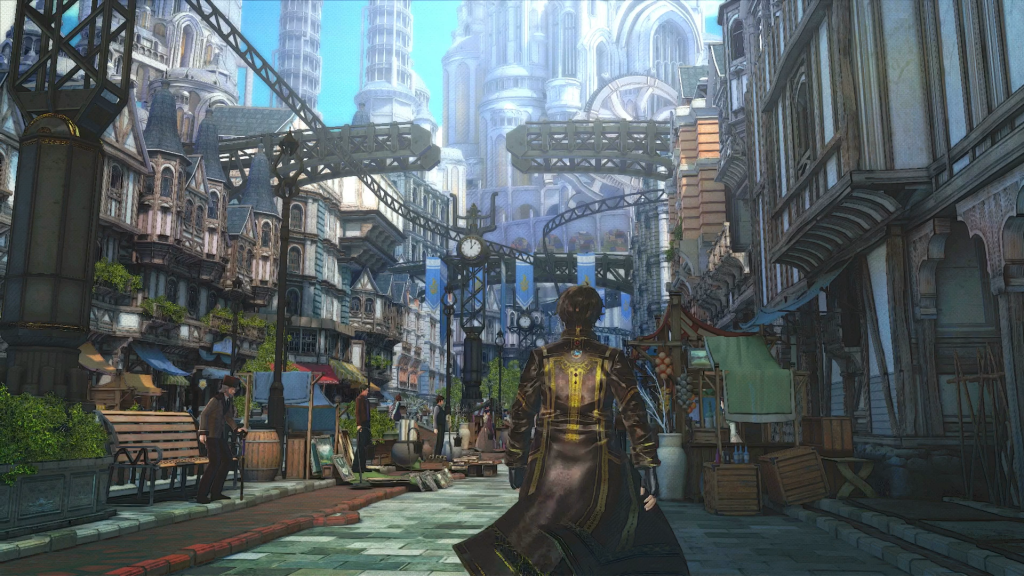 But luckily, it’s more about who they are than what they look like, and thankfully most of the cast is very well written and acted, aside from a few nitpicks (Ophelia, please stop saying “Nay” every other line). Personal standouts for me were Tilda, a super deadpan snarker whose attitude completely differs from what you’d expect based on her design, and Brigitte, a dual wielder who tries to stay straight-laced, but that facade slips more often than not. As I said above, there’s a character to suit every taste, and you’ll likely quickly get attached to someone. Which could be bit of a problem considering they’ve added permadeath to the mix! Yay!

…Well, sort of. Characters who aren’t terribly important to the plot can die permanently in the field if they’re knocked out and not revived within 60 seconds, but even then, this only represents an aesthetic change. Characters that die simply have their battle model swapped with a generic soldier with all of their stats and abilities still intact, and they’ll still appear in cutscenes regardless, so it really only appeals to those who those who get super attached to their mains. A bit of a disappointment, in a way, as true permadeath would’ve added a real layer of intensity to a game that, honestly, isn’t exactly the hardest thing in the world. 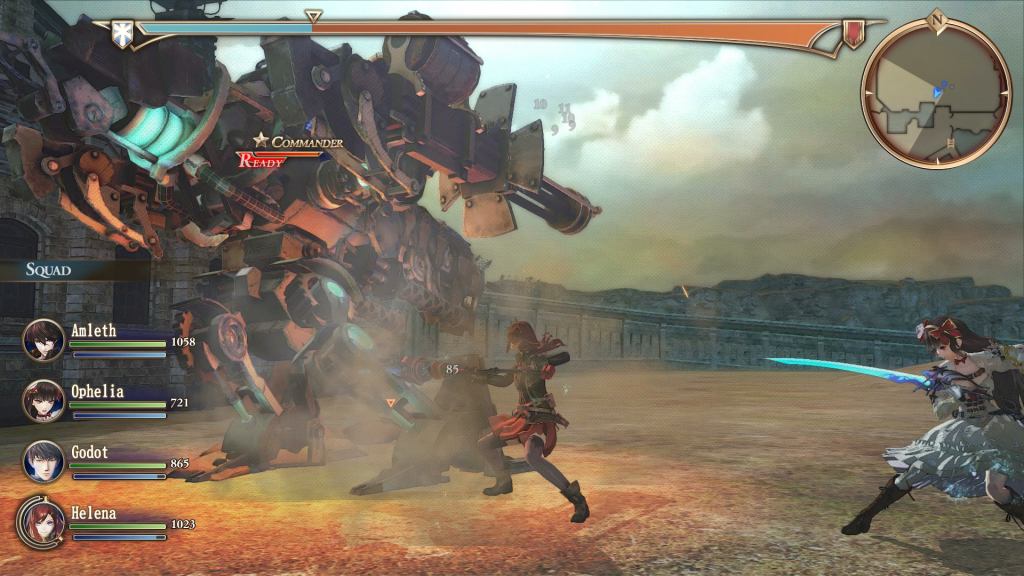 VR certainly has its difficulty spikes, but very rarely did I ever feel threatened by the standard foes. I wasn’t even terribly overleveled compared to the recommendations, but only the boss battles and the occasional time limits felt like actual threats. This isn’t necessarily a bad thing. Sometimes it just feels really great to take a ragtag group of soldiers and absolutely melt the opposing force, but that also leads to missions ending incredibly quickly, and given how many rather long cutscenes you have to wade through at the start of each chapter before you can play again, it can be a bit frustrating.

That’s my biggest gripe about VR. The actual gameplay is very very fun, and moving to a faster paced style is honestly one of the best things that’s happened to the series, but the general pacing is all off. Chapters are often front-loaded with tons of cutscenes, at their best, calling back to how the first game handled them, and at their worst, triggering bad flashbacks of games like Metal Gear Solid 4’s horrendously long cutscene blocks. Despite having a very intriguing story and a fun cast of characters, I often found myself hovering over the skip button having internal arguments over whether I should skip the cutscenes or not. The very beginning of the game will especially turn impatient types off. It felt like a good 25-30 minutes had passed between choosing my difficulty and being allowed to finally play the game. Not exactly a great way to hook in those on the fence. 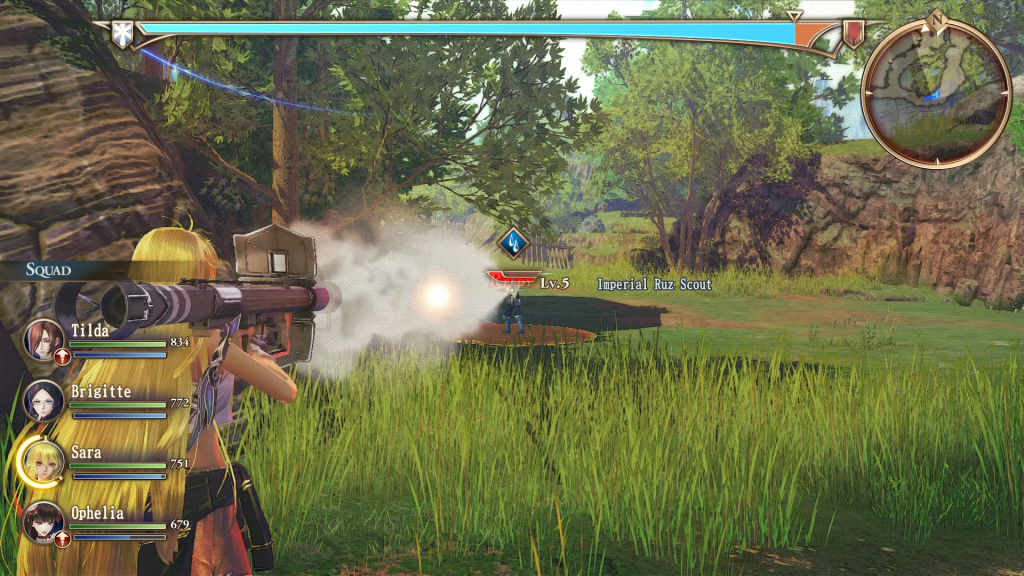 The wait IS worth it, though. As mentioned above, the faster, action-based combat is very fun and quite a bit more engaging than standard Valkyria fare. Longtime fans shouldn’t worry too much, though. While realtime action is the focus now, Revolution still keeps plenty of strategic elements in the mix like on-the-fly squad orders and an alchemy and sub-weapon system that functions very similarly to a traditional turn-based JRPG, stopping time and giving you a chance to plan your best method of attack. If there’s anything else that’s a bit off-putting, it’s the upgrade system. It requires you to give up alchemy attacks to empower your characters and their weapons, but with such a large cast, building up anyone other than your mains is a bit of a lost cause without some seriously hardcore grinding.

When it comes right down to it, I’m not sure that Valkyria Revolution will make the same waves or inspire the same cult-like following its more strategic predecessors did, and it won’t be rubbing shoulders with the likes of Persona 5 or NieR: Automata in any Game of the Year discussions. But those that are willing to be patient with its flaws and pacing will find a very fun RPG with an intriguing story and lovely cast of characters as their reward.

It may not be priority number one, but it should certainly be on your radar. 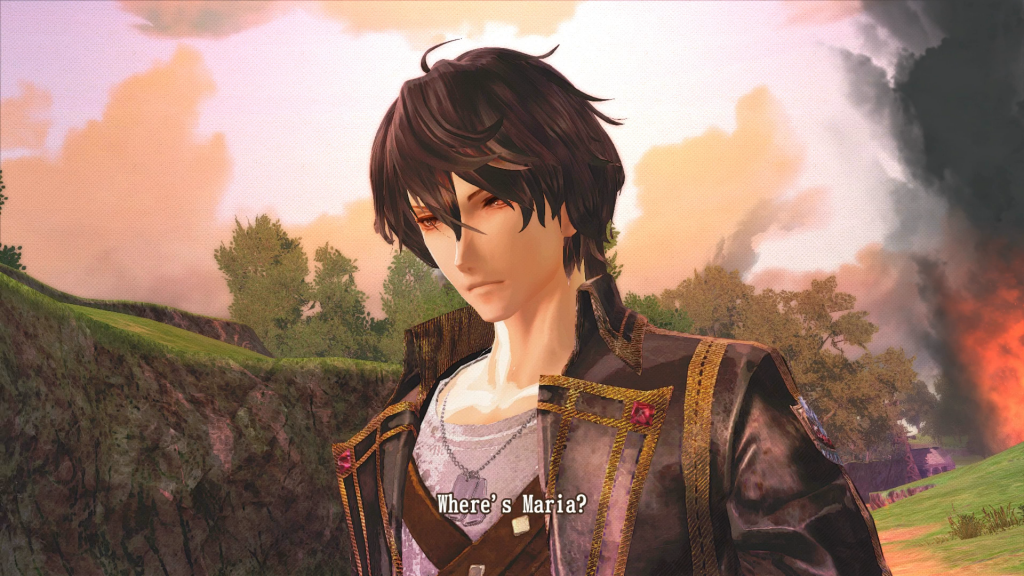