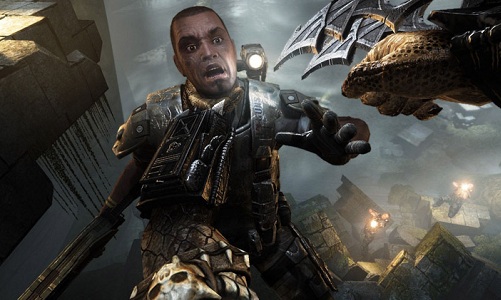 From what I had played around the time of release, Aliens Vs Predators was a pretty okay multi-player experience. The only real issues with it have since been corrected by patches fixing a myriad of issues from Matchmaking problems and unstable net code to XP awards in player matches and softening the Marine so that his block only defends half of the damage he used to. These were pretty huge changes to the game, as online play is now pretty smooth and stealth attack range has been cut by a quarter so there are far fewer instances of ‘how the hell did he catch me?’ disappointment. All in all, smart changes that keep players enjoying the game for longer.

That is, if you’re playing the game on the PC. If you have either console version, you don’t actually have these patches, and nor will you ever receive them as this thread on the Sega forums revealed earlier last week. I don’t really have much else to say on the matter unfortunately. It seems rather two-faced to just a week earlier than that release premium DLC in the form of a map pack, sending out a somewhat confused message. Before there are calls to arms against this injustice, at the very least the additional maps are a one-up on Valve and their treatment of Team Fortress 2, which to this day has never received any of the PC updates gamers hoped early on would reach their consoles too. However, any time there is some major disparity between the treatment of differing groups of gamers is incredibly disheartening, especially when console gamers are already paying much more for the actual game than PC gamers are.

If Conduit 2 manages to support the game after release on the Wii of all things, then all parties involved in this instance should be very ashamed.