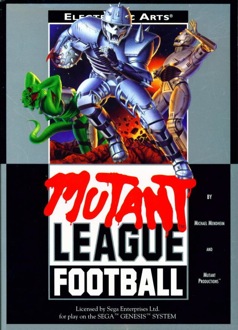 “The play is Nasty Audible C, and you’re our man.”

Stumbling on the field, Ponce did his to best to justify coach’s orders.  He is ruining the game, he thought.  He is working for them.  But why was I charged with the deed.  This is lineman work usually.  Wide receivers should just catch the ball; we’re not built for killing.  But Ponce always followed Coach Krux’s orders, even in practice when he had Ponce catch a ball off a two story building and missed the landing pads.

“You got some real character son.”

Ponce had never been called son before or since.

In the short time of the huddle, the quarterback lied to his team.

How did he do that so convincingly?  How can he call a play he knows they’ll won’t run and get his men to believe it?  Were his teammate sheep waiting to be herded?  Was Ponce a just moving because of Krux’s shepherd’s staff?

And with that Ponce dutifully lined up, posing as if he was going to run down the field for the next big play.  Looking at his defender, he wondered if he had him fooled.  It seemed so as the defensive back had a look of bloodlust on his face.  Ponce’s face seemed drained of blood; white as the skeleton they had on the reserves.  What was his name again?  As Ponce wondered, a loud sound disrupted his thoughts, just as the skeleton’s name was on the tip of his tongue.

This was it.  The quarterback was about the audible, the next sound would he the signal.

That should have been the audible.  Is he going to go through with it?  Maybe the Coach Krux signaled a new play from the sidelines.  All this worrying for naught.  Maybe Krux was just testing Ponce. Maybe…

There it was.  Ponce couldn’t think.  He only moved.  As the ball remained in the centers hand, the quarterback fell back as Ponce made a dash to his right side, straight towards his target.  In a second it was over.  Ponce had merely pushed him into a mortar, then pieces of meat fell from the sky.  Wothead came over putting his arm around Ponce in celebration.

“Hey somebody get down here to clean this up, it’s all slippery on the field!”

As everyone laughed and congratulated Ponce on a dirty deed done well, Ponce looked back at the crater that was once the referee.  As the new ref, I.C Nothing, came onto the field to replace his dead colleague and call a five-yard penalty for ref bashing, Ponce gave him a hostile glare.

Don’t ever mess with my team.  Don’t make me have to do that again. 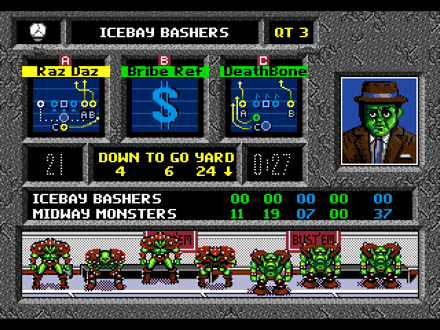 Deaf Blinders thought about his son.  His teeth were missing, his face was mangled, his leg was broken, and there were large bruises on his sides.   Broken ribs the doctors said.  The doctors were optimistic now, as opposed to when Deaf first rushed in and they asked him if he’d like a priest in the room.

“Your son should make a full recovery.”

When Deaf heard those words, relief washed over him like a tidal wave.  Then he was brought into a room with a desk, computer, and printer.  A man sat behind the desk, typed some words and numbers into the computer, and printed out a piece of paper.  “We’re all so relieved to hear about your son,” he said as he handed Deaf the piece of paper, now folded.  Before Deaf could unfold the paper, the man behind the desk volunteered, “We have some very flexible payment options if you’d like to hear about them.”  Deaf didn’t need to read what the paper said.

These thoughts soon left Deaf as he readied for the second half.  He had to hydrate, change his socks now soaked with sweat, and get ready to judge the rest of the game.  It had been a close match with vicious hits on both sides, but this was Mutant League.  As he took the finishing sip from his Powerade, someone wearing a sharp suit and an Icebay Bashers pin on his lapel walked in.

“Wow, that’s some game huh?  I can’t believe the intensity of these playoff games.”

Deaf wondered who this man was, then he realized he was there to bribe Deaf.

“I see you like letting the players play, not to many calls to slow down the game.”

“Yessir, I believe that’s how the players and the fans like it.”

“Well, maybe you aught to look out for the players a bit more,” the well-dressed man began to pull an envelope from this breast pocket, “I mean, some of those hits could put guys in the hospital, and you know how painful that can be.”

Deaf Blinders had never taken a bribe in his entire career.  But the envelopes had never looked this big before.  The well-dressed man set the envelope on a chair before walking out.

“Lets have a good game out there ref.”  Deaf didn’t get a chance to feel bad.  All he could think about was his son. 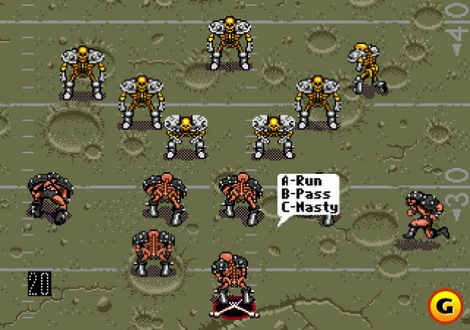 Coach Krux nearly pulled his face off after the last call.  His running back, Wothead, had just punched the ball 15 yards up the field for a first down.  But the referee had called it back.

“Five-yard penalty on the Vulgars for drooling.”

Drooling?  That play was so clean he couldn’t even call offsides if he wanted to.  Drooling.  Nobody better have been drooling out there.  Those five yards puts us seven from a first down.  They think we’ll run it.  We’ll show them.  Impact, Black Flag.  They’ll think we’ll throw short, but we’ll hit the wide receiver deep.  If they’re really off guard like I think they’ll be, this aughta be a touchdown.

He was right.  The wide receiver Ponce caught and ran for a forty-five yard touchdown.  As Ponce came back to his team’s sideline, the referee called it back.

“Five yard penalty on the Vulgars for smooching.”  The next play didn’t result in a first down and the Vulgars were forced to punt the ball.

That was the last straw for Krux.  Smooching?  They could call that crap on the Sixtey Whiners, but not on the Vile Vulgars.  Krux wanted that referee’s blood all over the field.  Time for Kill the Ref.  As Krux was about to call one of his goon linemen over, he saw Ponce.  Ponce looked shaken.  His first touchdown of the playoffs ruined by a greedy ref.  Clearly the Bashers got to him.  Ponce would like this.

“Ponce!  Get over here.”  Ponce ran over afraid of getting his head stomped in by the ornery Krux.  But the Coach was smiling.  Maybe he was going to congratulate Ponce on the great catch.  Ponce ran faster.

“When you get back on the field, your gonna take out that ref.”

“The play is Nasty Audible C, and you’re our man.”

Coach Krux looked at the smoldering hole that used to be Deaf Blinders and smiled.  When the Vulgars received a five-yard penalty for ref bashing, Krux thought it was the first fair call all game.

3DS Epic Mickey is a follow-up to Castle of Illusion