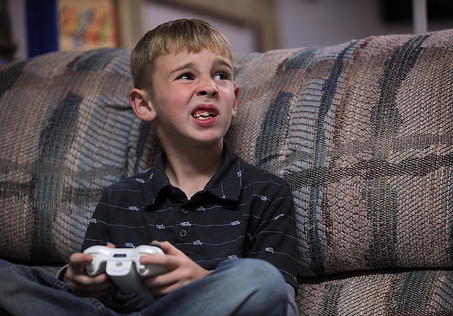 Thanks to Stevie Grant for posing for this photo

Hey, Sega-homies it’s time for games of the week!

I’ve been pretty dern busy this week but I managed to put a lot more time into Ys Seven and my review should be up tomorrow. On the retro-front I got a copy of Metal Slug: First Misson for the Neo Geo Pocket Color. It’s pretty rad like most everything on the best handheld console you’ve never played. Pick one up! I also got my hands on a RetroN 3 famiclone console which I will also review this week after I play some Genesis, SNES and NES games on this baby.

I never thought I’d see the day.  This week, I got an iPhone because my old phone bit the dust.  I have become hopelessly addicted to downloading these wonderfully cheap iTunes games, including Angry Birds (incredibly addictive) and Ninjatown: Trees of Doom (an amazing little game that friend of mine worked on).  Sega’s Back to School sale also inspired me to grab a handful of their classics on the cheap, including Ecco The Dolphin, Shining Force, and Phantasy Star II.  It surprises me how much I’m enjoying Ecco, despite its difficulty.

This week I’ve been playing an awful lot of Mutant League Football – not just because I wanted a refresher for a course – but because it’s still probably one of the best football games I’ve ever played. Yes, even better than Madden. There, I said it. You can read all about why I think that is my Miscoded Confidence this week. I also played a bit of Space Channel 5 on my Dreamcast along with some Gunblade NY and L.A. Machineguns on the Wii, both of which are still pretty damn awesome as they ever were, if not a little bit short. Finally, I’m still being  pulled into Chrono Trigger on my DS and it’s doubtlessly showing me why so many people enjoy it as an RPG. Having played Chrono Cross before getting my hands on Chrono Trigger has definitely been able to show me which of the two are better. Protip: It’s Chrono Trigger.

I’ve been in Tokyo, playing VF5: Final Showdown, Melty Blood: Actress Again, BlazBlue: Continuum Shift, King of Fighters XIII, and a bunch of other stuff at one of the many Club Segas in Akihabara. Beyond that, I haven’t played that much, but I got Waku Waku 7, Virtual On, and Street Fighter Collection for very cheap at Super Potato. I’ll probably be going back there soon, too. But yeah, Tokyo’s been pretty great so far!

Despite how I’m moving this week I actually had time to play some video games. I guess I’ll save the best for last and start with Super Thunder Blade. I don’t want to talk too much about it because I might just do a Not-So Classic Games feature on it this Wednesday, so get excited for that! The only reason I might not do one is because I can’t tell if this game was once good and now sucks or if it’s always been terrible. I haven’t had a lot of time to play Bayonetta, which is unfortunate because I really like what I’ve played so far. I was at a pawn shop the other day and I found Condemned for $8, so I decided to get it. I really enjoy it so far, but I haven’t played a whole lot of it. The levels are maze-like and the atmosphere is really creepy, but at the same time there’s a fair amount of humor in the game. It’s kind of weird to play this late in the generation because it feels kind of dated, but at the same time it feels a lot more modern than last-gen games. Overall, I enjoy it a lot and I’m glad I bought it, so expect me to talk more about it next week.

I’ve been playing ‘I want a PSP hero’. It’s a cool game but frustrating. A lot of waiting is involved. So, apart from moping around because I don’t own certain consoles, I’ve been playing the Scott Pilgrim game which, apart from when it froze THREE TIMES ON THE SAME STAGE, was awesome to the max. Great little beam em up. Also another great beat em up is Shank which OH MY GOD YOU SHOULD PLAY RIGHT FUCKING NOW. It’s like playing the 2D side scrolling version of a hard boiled revenge thriller. It’s brutal and brilliant. Other then that I ahven’t been playing any Sega games. Considering I write for a site called Sega Addicts that’s a big problem but I’ll get on that for next week. It’ll give me an excuse to replay Bayonetta at least…

Honestly? Absolutely nothing. With the way my school has been running me around this week, I just haven’t had time to really play anything. Guess I should be glad MegaDriving was so easy to write this week~! But yeah, I plan on getting back into the swing of things this upcoming week, now that things have seemed to settle down.

I think I can speak on behalf of all the Sega Addicts that we’re jealous of Kris’s situation right now. As for me, I’ve been playing some Gunblade NY/LA Machineguns and Ivy the Kiwi? on the Wii. NY/LA is good lightgun fun but there is a ridiculous lack of content on the disc. I played through both games in under and hour and there isn’t much else to do.

Ivy the Kiwi? on the other hand, is a very addictive and challenging game. It feels very Prope-like in it’s simple yet elegantly implemented game mechanics and I recommend it to anyone who can find a copy. For some reason most stores don’t want to stock it so the best route to go is ordering it online. It’s a shame since the game deserves better.

That’s right, Alex. gamestop is a horrible, horrible place that seems to hate small developers and take any chance they can to hurt them.

ANYHOO! That’s what we’ve been playing. How about you? Let us know in the forum or the comments of this very post. Have a good week!

Also if any of you are going to New York Comic Con let me know in the forums. We need to get a Sega Addicts meet up going.