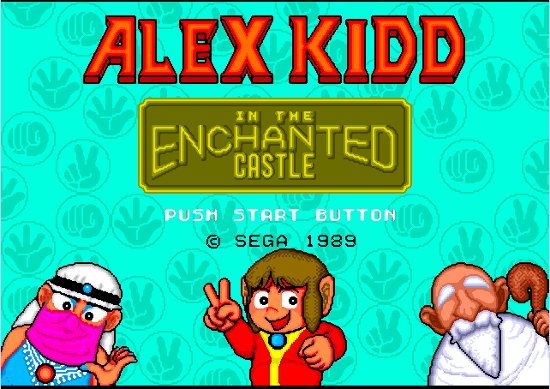 In the past few weeks I’ve mentioned that not all of the games I play are completely terrible. Many have redeeming qualities or were once enjoyable, but have not aged well. I’ve provided these examples to show just how terrible the games I was playing were by comparison. This week, however, I’m going to focus on one of these games that simply isn’t as good as it once was. The game in question: Alex Kidd in the Enchanted Castle. I feel like I’m going to get in trouble for this one.

The first problem one runs into with this game is the music. It’s terribly repetitive and kind of annoying. The sound effects aren’t that great either. When you play rock, paper, scissors (or whatever they call it in the game) it sounds like you’re saying “dun, kin, pup”. What the hell is that supposed to be? Usually when I play this game I don’t say anything, or if I do I say “rock, paper, scissors”. I’ve listened to them say whatever it is they’re saying at least 20 times and I am officially deeming it scientifically impossible for them to be using any English words. I guess there’s a high chance they’re saying something in Japanese, but even then the point is the sounds hurt my ears. This is, of course, a major part of gameplay, which makes it even more annoying. We’ll come back to that in a minute. 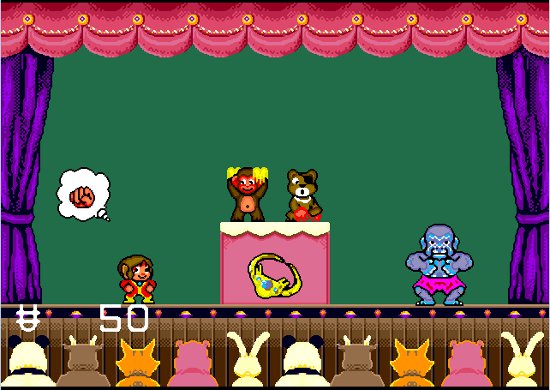 Who is this man? Can we play checkers or something?

The next strange thing you notice is the story. The story isn’t particularly bad, and it seems to be meant to be fantastical, there are just a few inconsistencies. First of all, Alex Kidd (for some reason Kidd is in quotation marks) says his brother Igul is the King, presumably of the whole planet Aries, but their father King Thor is rumoured to be alive on another planet. If this is true this raises a lot of issues for the planet Aries. Surely some people, including Igul will believe that the reigning King Igul should remain in power, while others would believe King Thor should be reinstated. Chances are something like this has never happened before so it follows that there are no formal laws to dictate the proper procedure. Everyone seems to have accepted King Thor’s death and life has moved on, so it seems pointless to risk civil war to find him. Furthermore, this game is called Alex Kidd in the Enchanted Castle, except nothing seems to have anything to do with a castle. It seems like they had a team in charge of the story, a team in charge of level design and a team in charge of naming the game, but they only gave them a card that read “rock, paper, scissors” a

nd then kept the three teams isolated from one another until the game was produced.

So say you happen to have your T.V. on mute and you didn’t bother looking up the story – how does the game play? Answering that question is the tricky part. The game is extremely difficult, something that is in no way supplemented by the controls. I can’t fault Alex Kidd for it’s difficulty; for the most part the levels are really well designed and it makes you feel as if you’re doing something wrong when you die. The problem really is the controls. When you move in the game, no matter what you slide in the direction you were going after you stop directing the character. This makes it really hard to do precise platforming or properly hit an enemy. 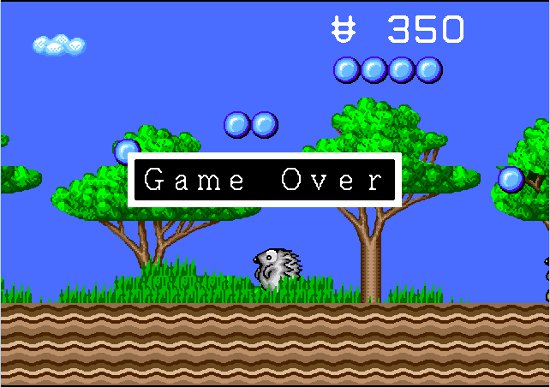 You see this screen a lot.

The biggest gameplay problem though is the reliance on the rock, paper, scissors mechanic. In order to get most items you have to challenge some blue guy to a game, but you also have to pay for that right. Why can’t I just pay for the item or just play this guy in rock, paper, scissors? This whole process is entirely arbitrary. Why can’t I just find these items like in any other video game? What happens when you fight a boss? Rock, paper, scissors. Someone figured out how to program rock, paper, scissors and then decided that it was worth having another game based around it. It’s really unfair for the game to be based that heavily around luck. You can be the best person in the world at playing platformers, but still lose when playing this game because you picked the wrong thing.

Overall this game is still playable, but it’s appeal has largely decayed with time. If you have fond memories of Alex Kidd or this game you would have an easy time playing it, but anyone else would find it very hard to play. If you hate rock, paper, scissors, don’t even think about touching it. You can have fun with this game, but not as easily as you can with many other games. Undeniably Alex Kidd has it’s place in history, but that place is firmly in the past.