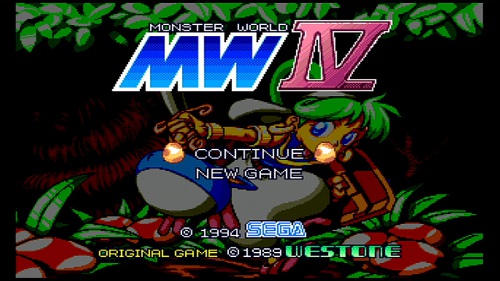 If you cast your minds back to last month you may remember that the long awaited English language version of Monster World 4 was confirmed for a European release. Well now you American fans will be able to rejoice as it’s coming to America via a whole new vintage collection! Other games coming to PSN and the Wii’s Virtual Console through this will include the arcade version of Wonder Boy in Monster Land, the Master System Alex Kidd in Miracle World, as well as Revenge of Shinobi and Wonder Boy in Monster World for the Mega Drive. Also mentioned for a re-release is the popular Super Hang On.

The collection was revealed by Sega recently, who revealed that the individual games will be released at the end of this year, through to early 2012. So that’s another re-release collection for you. But hey, at least they have some more interesting titles amongst the other games that have been re-released ten times before. I’ll be looking forward to this collection, late this year.