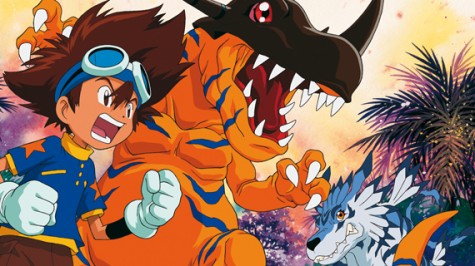 Some time back, Yuji Naka delivered some rather enticing news via Twitter–his studio Prope is working on a game based on the first season of Digimon’s animated series. The thought of one of Sega’s greatest alumni working on a quirky, Pokemon-esque franchise is reason enough for excitement, but Naka’s enthusiasm for working with a long-standing franchise is what really piqued my interest. The only real catch was that the game would be for the mostly forgotten PSP.

Apparently, Naka and friends have been already hard at work for some time now, as V Jump Magazine has revealed that the game is just a couple of months away in the East. The Japanese release date has been set at January 17th, 2013, while no word has surfaced regarding any kind of Western release. The magazine also revealed that in addition to the standard story mode, there will be a extra chapter featuring a character from seasons other than the first.