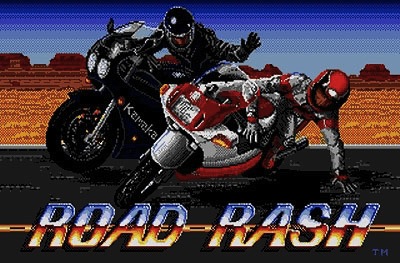 If you are a retro Sega fan in the slightest, then you will definitely remember the awesome Road Rash series. These games were Twisted Metal before Twisted Metal. For those new to this franchise it was a simple premise: race your motorcycle to the finish line and take home first place no matter the consequences. Take down your opponents with clubs, chains, and nunchakus while avoiding the police and oncoming traffic. This was the simple joy that compiled Road Rash. Dan Geisler designed the first 3 Road Rash games on for the Sega Genesis, and recently replied to a fan request on Reddit, who asked why the franchise has been dormant for so long. Hit the jump to see his quote, as well as a video that is gaining attention due to this request.

In response to the Reddit request, Dan Geisler had this to say,

It hasn’t resurfaced because I was burned out after Road Rash 3. But I’m ready to do another one now. I just needed 20 years off. I’m ready to make a better one now. I miss playing it too. If there is enough interest, Ill do a kickstart on it.

This forum message seem to garner attention to a video released back in 2007 by Kevin Connoly, which depicts a test-run for a potential Road Rash title.

Connoly commented on his video a day ago to say,

I’m tempted to go for my own version of this on kick starter. help me to decide wether to by voting or agree messages. Cheers Kev

All of this is awesome news for retro nuts like myself, but there is still the huge licensing issue. EA owns the original rights to Road Rash, but did distribute the game many times through the 90s before letting THQ take a whack at it on Nintendo 64. However, with THQ recently disbanded, and EA owning so many properties already, who do you think would be daring enough to ask EA for the rights to a new game? Or would you rather see the franchise pop up on KickStarter under a different name, but by the initial designer? I’ll take the ladder myself, because who wouldn’t want a new Road Rash?