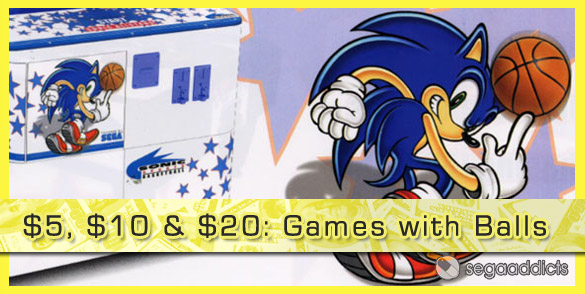 This month, I’ll be highlighting a genre that occasionally gets overlooked by gaming collectors and enthusiasts, mainly due to the abundance of them, and that genre is sports. While not every sports game is worth tracking down, if you have Madden ’96 it’s probably okay to skip Madden ’97, there are quite a few that are great games that often have the perfect mix of being easy to pick up and play, while being deep enough for you to spend hours honing your skills.

Hit the jump to read about baseball game by a Sega fan favorite developer on the Game Boy Advance, an arcade soccer game from the GameCube era and a tennis game that appeared on Sega’s very first home console. 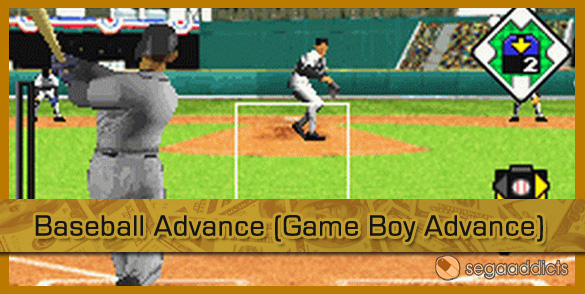 The first thing Sega fans should notice about Baseball Advance is the renowned developer, Smilebit, was behind what appears to be a generic cash-in baseball game on the Game Boy Advance. How the acclaimed team behind Jet Set Radio and Panzer Dragoon ended up making a standard baseball sim on Nintendo’s handheld is beyond me but their talent still shows even without the creativity that seeps from their past works.

Upon its initial release, Baseball Advance was leagues ahead of any other baseball game on a handheld system. With great visuals and animations it definitely looked the part and on top of that there were modes of play that sports gamers were used to on consoles but not as common on portables. With the full MLB license, stat tracking, season and playoff modes and several recreated ball parks, baseball fans looking for a portable option would have been in high heaven.

Luckily, on top of everything else Smilebit was able to put into Baseball Advance, there’s a fun and easy-to-pick-up baseball game underneath that still plays great. It doesn’t do anything too unique from other baseball games, but it does it all with such polish that it’s hard to find much fault with the game. Unfortunately, Smilebit never got to take the series to the next level as it never received any sequels but maybe that’s a blessing considering the annual updates most sports games receive.

Should you buy it?: Maybe. Baseball Advance doesn’t do anything too unique for the genre so if you’ve played baseball simulations and hated them, you’ll probably hate Baseball Advance as well. However, if you even have the tiniest interest in baseball games and want to see what it would be like if the developer behind Panzer Dragoon and Jet Set Radio created a baseball game, then you should probably pick it up for cheap. 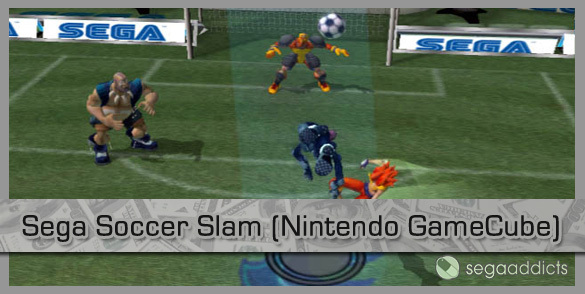 Taking inspiration from NBA Jam and NFL Blitz, Sega Soccer Slam is Sega’s attempt to inject some much needed zaniness into the soccer genre and their experiment was a complete success. Initially released on GameCube, and then later PS2 and Xbox, Sega Soccer Slam is a 3-on-3 soccer game that is filled with over-the-top cartoon characters, power-ups and some of the best couch multiplayer you’ll find on the GameCube.

The main game modes include a Practice mode, Quick Start, Tournament, Quest and, of course, Multiplayer. The Quest mode specifically deserves a mention as it adds a singleplayer specific mode that gives the game more merit for those wishing to play alone rather than friends. Within it, you choose one of the kooky teams and compete in a series of matches while purchasing equipment and upgrades to improve your team as you go. It’s kind of an RPG-lite mode, which, has become more common in today’s sports game but in 2002, it was a novel idea.

While the Quest mode is a great addition to the game, it’s multiplayer where Sega Soccer Slam really shines. Anyone who has spent hours straight playing friends on NBA Jam will know exactly what Sega Soccer Slam has to offer. With the quick pick-up-and-play nature of the game, it’s hard to stop playing and you’ll constantly find yourself saying, “just one more game” and before you know it you have 20 more games under your belt.

Should you buy it?: Yes. It doesn’t even matter if you have an interest in soccer itself as Sega Soccer Slam is just a fun arcade game on its own. It’s pretty cheap to pick up even on the other consoles, although I’ve heard the PS2 port is the weakest, and there is no other genre that sings “this is a Sega game” than a good arcade multiplayer game. 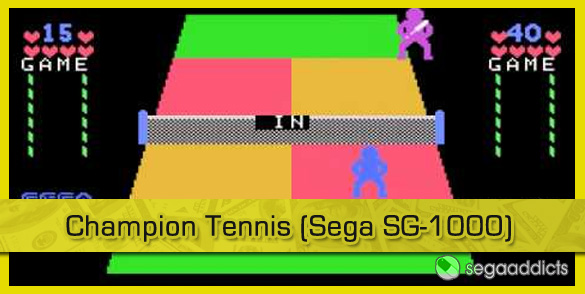 The Champion series of sports games on Sega’s original console is very much a precursor to the Great series of sports games that Sega released for the Master System. With such memorable titles as Champion Wrestling, Champion Baseball and Champion Boxing, you would be right to expect each game to be the most generic video game cash-in on classic sports possible. And you’d be correct.

Champion Tennis doesn’t do anything to shake up that stereotype, but in its defense, it is a game from 1983 developed for Sega’s least powerful console. In fact, the game plays more like the video game that started video games, Pong, than tennis. Once you serve, your character basically becomes a vertically oriented Pong paddle (in the shape of a human), as you bounce the ball back and forth trying not to miss or hit the net.

When playing a computer opponent the game is quite dull. You either face off an AI player who is too easy or too frustratingly good and you’ll find yourself quickly losing motivation. Against a human opponent though, the game can be pretty fun as you can take a little more pride in your accomplishments and not deal with the unbalanced AI that struggles to give you an engaging opponent. Plus, there aren’t a ton of great two player games on the SG-1000, especially ones that give you simultaneous multiplayer.

Should you buy it?: Probably not. Champion Tennis can only be recommended to die hard collectors. For one, you have to own an SG-1000 or SC-3000, which is a roadblock in its own right. If you do own Sega’s first console, then you probably are a collector and Champion Tennis could give you a fun game to play with friends who want to check out Sega’s first system. It’s also the only tennis game I know of that has a bright pink, yellow and green court. 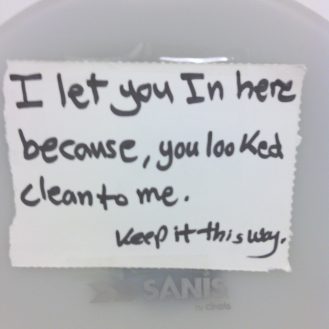