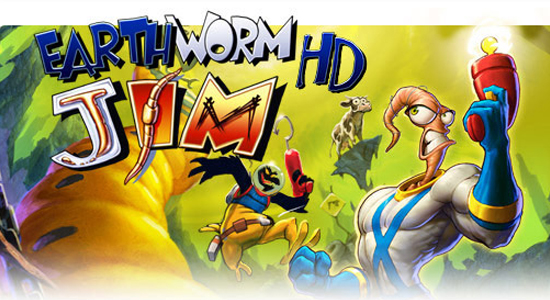 It’s been awhile since a good Earthworm Jim game was released. The first two games are two of the most loved 16-bit shooters ever created and it’s unfortunate that neither of the sequels, Earthworm Jim 3D and Earthworm Jim: Menace 2 the Galaxy, were able to recapture the original gameplay or charm. With Earthworm Jim HD, Gameloft is trying to bring Earthworm Jim back to glory. Rather than create a brand new game, Gameloft has chosen to retouch the original and bring the series to a whole new generation of gamers while also giving old fans a reason to revisit the franchise.

The biggest difference between the original game and Gameloft’s HD remake are the visuals. Everything has been redrawn and reanimated to make use of the HD output of today’s consoles. The result looks beautiful and Gameloft has done a good job of retaining the original game’s unique style. There were a few times in the game when I had trouble distinguishing platforms from background art but after a little time and some loss of life I was always able to figure out where I needed to go. It still would have been helpful if a few visual clues were given to let the player distinguish between the two, especially during some of the more elaborately designed levels. 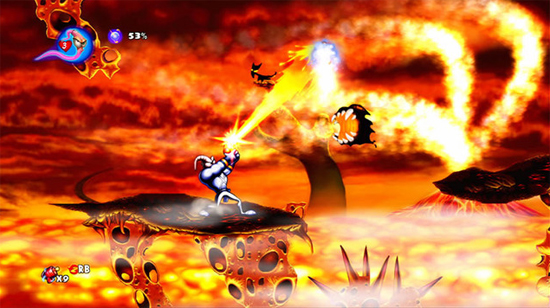 In the gameplay department Earthworm Jim HD plays almost identically to its predecessor with one major benefit: the 360 controller. The addition of the analog joystick makes aiming your gun so much easier that I don’t think I could go back to playing with my Genesis controller. In fact, the entire game is much less frustrating than the original. Not only do you have the ability to save your game but Gameloft has also fine tuned a few troublesome areas from the past. Remember that part when you have to maneuver a little submarine thing through underwater caves and you’re both timed and can’t take very much damage? In Earthworm Jim HD, I made it through on my first try.

Not everything has been made easier in the remake though. There’s still the Peter Puppy escort mission and it remains one of the most frustrating things I’ve ever played. I doubt I would have ever finished the game if there wasn’t the ability to infinitely load my game and try again. The final level, Buttville, also ramped up the difficulty to a point that I wanted to give up. I’m not a fan of trial and error level design where I have to play a level over and over until I can perfectly navigate through a tunnel lined with spikes that kill me almost instantly if I hit them once because they bounce me into other spikes which bounce me into other spikes… and I think you get the idea. I am proud to say I could probably beat that level with my eyes closed at this point. 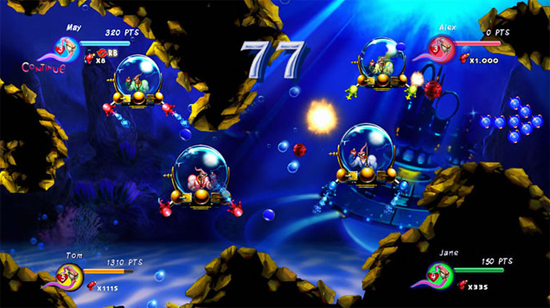 Speaking of Buttville, maybe it’s just me but Earthworm Jim isn’t quite as funny as it used to be. There was a time when Buttville would have seemed like the pinnacle of videogame humor to me and my third grade friends but now it just makes me question if the developers themselves thought it was a funny idea. I understand that the game was being aimed at a younger audience but does it have to feel like an eight year old named the levels? Ah, maybe I’m just getting old.

Now, Gameloft probably could have gotten away with just remaking the first game slapping a ten dollar price tag on it and putting it up for sale. That isn’t the situation here, though. In fact, the developers have created three brand new single player levels, as well as, a good amount of multiplayer content. The single player levels are a fun diversion from the main game and give Earthworm Jim fans something new to play through. They don’t do anything necessarily amazing or new but they do a nice job of recreating the style of the original games. 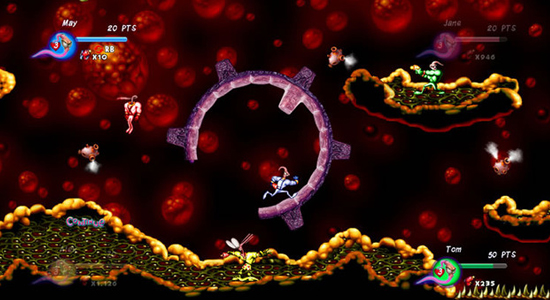 The multiplayer aspect is where the bulk of the new content lies. All of the multiplayer levels have been created from the ground up for multiplayer action and include new objects and puzzles that often require teamwork to get past. It only takes about 30-60 minutes to get through the entire selection of levels but it can be a lot of fun to have four Earthworm Jims running around whipping and shooting everything in sight. I would have liked to see more of a focus on teamwork as the levels are rarely difficult and don’t instigate much cooperation besides the occasional puzzle to progress. It’s a mode that certainly shows potential, though, and I would not be opposed to an Earthworm Jim game that was entirely focused on multiplayer.

Earthworm Jim HD is exactly what an HD remake should be. It updates the source material with prettier visuals and features like online multiplayer and game saves, without altering the original game too much. This means that many of the flaws from the original game are still hanging around, though, and there are moments when you’ll question just how good Earthworm Jim really was. If you’re a fan of the old games or a newcomer to the series I do recommend a purchase. You could do much worse with $10. The game is already available on XBLA and is coming soon to PSN.

Earthworm Jim HD gets a groovy B+.