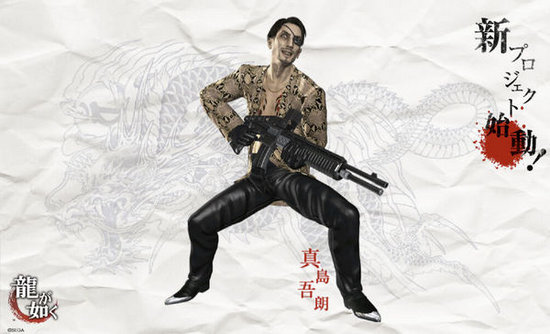 Sega’s been playing the new Yakuza for the PS3 pretty close to the chest. They haven’t told us much about it but Sega has recently put up a teaser site for the game.

Right now the site is just an image of Goro Majima, who we recently learned will be playable, in front of a dragon and Japanese text that reads “New Project Starts.”

A title has not yet been given for the game but having Goro Majima playable leads me to believe it might not be Yakuza 4 and could be a spinoff. What we do know is director Toshihiro Nagoshi said in the latest edition of Famitsu Magazine that it will be “a PS3 title that will retain the series’ basic pillars of drama, adventure and battle while making some fundamental changes at the core.”