SEX! BOOBIES! PENIS! RAPE! All these are tantalising words that are so sexy, anyone who just read them are probably humping the nearest dustbin right now. And now that I got your attention shamelessly I can moan about how shitty Sega is or whatever else I do. Actually those words are quite appropriate as today I’ll be counting down the top 10 worst Sega sex symbols for no other reason than because no one talks about sexy videogame characters ever. So let’s not dwell and jump into THE TOP 10 WORST SEGA SEX SYMBOLS.

NUMBER 10: The guy from Altered Beast. 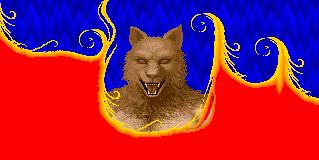 This is a character you wouldn’t want to alter your beast with! Hur dur what a clever joke I done. But you may ask yourself because you’re naive and your parents never truly loved you, why the guy from Altered Beast is on this list. After all he’s beefy and a bit on a hunk. Better looking then your arse of a boyfriend anyway. Dump him now. Give
me your number, bitch.

But the reason he’s on this list is because he turns into a horrifying monster capable of tearing apart waves of zombies. Somehow I doubt you’d want a giant wolf or a dragon in your bed. Unless you’re a furry of course (don’t worry lot’s
more furry bashing to come later on). So sexy by day and a disgusting man-beast by the time he’s collected enough blue orbs. Although I can see why people would still consider him a sex symbol. Especially you. 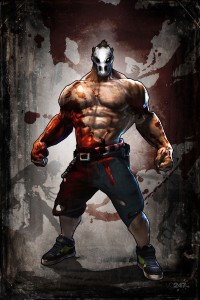 For any of you who haven’t played the Splatterhouse games (shame on you), Rick is the central protagonist of the series. He’s a cool nice guy who’d do anything to save his girlfriend. Quite sexy ladies! However this turns out to be quite disturbing considering he actually looks a great deal like Jason Voorhees.

Is Jason Voorhees sexy? Probably not unless you have a fetish for serial killers, and regularly pleasure yourself to
chilling footage of Ted Bundy then I doubt you’d find Rick sexy either. Unless he has his mask on anyway. A bit like the guy from Altered Beast he’d probably rip your head off anyway. And unless you love decapitation I’d say that’s quite unsexy. 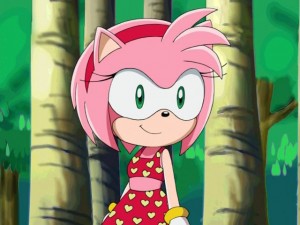 Hey, if you’re a furry you may want to look away now. The haunting truths I am about to present to you may upset and disturb your mind. Anyway Amy isn’t really a sexual character in any sense. The reason why she’s on this list however is because of the Sonic fanbase’s growing desire to ruin anything  Sonic related by making it sexual. And yes, I am painting everyone with the same brush, thank you very much.

Now if you’ll excuse me I have to go judge more waves of people for simply being attracted to other things than me. Just accept that she’s at number 8 and stop debating me while I’m trying to write an article. God you voices in my head are so bossy. No wonder I caved in that one time. 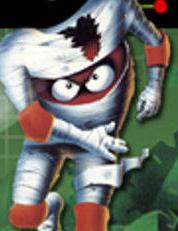 Eww. Just, eww. Can you imagine this guy in bed? Sure he’s not sexual in any way but still in real life he’d be god damned disgusting. Let’s face it, mummys are hideous. If Chuck even looked at you in a sexual manner you’d want to ripp off your sexual organs and tear it into tiny pieces. Just a horrible being. Unless if you are into that sort of stuff. In this case you’d be into anything sicko. Although admittedly Chuck is kind of hot. Oh god what have I done to myself 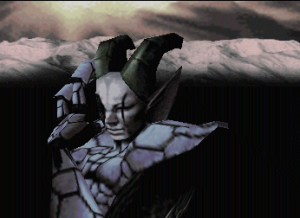 The Magician is the final boss (SPOILERS OMG) of the House of the Dead games. He’s supposed to be the perfect life form. Although you would expect the perfect life form to be a little easier on the eyes. And what’s up with wanting to destroy every living being? That’s not hot. Also why are all ‘perfect life forms’ always so ugly? Scientists in videogames need to work a little more of the looks, I guess.

To be honest I don’t know what I’m doing putting him here since the Magician isn’t supposed to be sexy at all. I guess that’s the difference between a grotesque person and someone that’s supposed to be sexy. And who knows, maybe he’s a nice guy on the inside. Don’t judge a murdering, repulsing horrific mutant thing by it’s cover. Although that’s exactly what I’m doing by putting him at number 6. The un-sexy bastard. 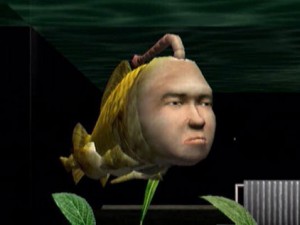 You all know why I put him on this list. Because his name is Seaman and I can’t resist an obvious joke in an article mainly about sex. Can we move on? I’ll accept my place in hell. Lets continue.

It may seem unfair putting more than one Sonic character on this list but, hey it’s my list. Go read someone else’s list. Actually don’t do that. It can only lead to suffering. Anyway this poor attempt for a Final Fantasy character is so irritating that she makes me want to destroy every woman who ever existed, in case one of them is as annoying as her (a frightening possibility). In fact why stop at that? Why not destroy the entire human race because of her whiny stupid face and attraction to a cartoon hedgehog?

That’s right she loves Sonic. Eww. Is this sexy? Is this trying to be sexy? No it’s worse. It’s trying to be a lovely heart wrenching romance. That’s even worse. The ugly bitch courting Sonic only fuels the furries too, making her a perfect fit to be a useless character, and a terrible sexy character (even though she wasn’t trying to be). 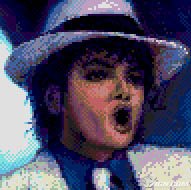 Michael Jackson wasn’t always dead. You may actually be surprised to find out he was alive in the 90’s! So alive infact that he had his own game for the Megadrive. Back in the day women fainted at the sight of him. However before he became a disturbing monster he was a disturbing sex symbol too. Especially in his game.

Everyone knows the score, in the game you play as Michael collecting children. Creepy huh? I wouldn’t say that was the attitude of a sex symbol. Also just look at him later in life. Not even a stupid child would have sex with that. That’d have to be forced. Good thing Jackson DEFINITELY DIDN’T DO ANYTHING LIKE THAT. He’s still kind of weird though. 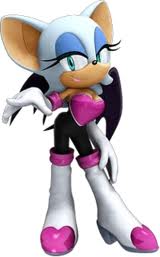 She’s also a horrible character overall. The way she talks makes me want to bomb yet another orphanage. And don’t get me started on fan art. I already touched on that subject while talking about Amy. Please, furries. Stop it. Stop egging Sega on to do more of this. Surely you must see how much of a stupid and repulsive character she is. I can’t even describe her. It hurts for me to talk about her.

So those were 9 sex symbols gone wrong. Even if they weren’t sex symbols to begin with or at all. It doesn’t matter. It all builds up to this one moment. The moment your life has been building up to. After you read the rest of the article you can kill yourself. Now that you know who I think should be named the number one worst Sega sex symbol. So let’s not prolong your life any further. Ready? Here you go. 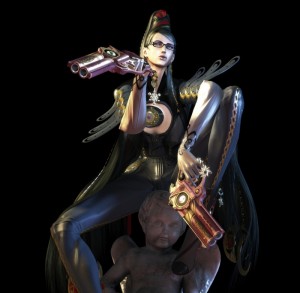 Bayonetta is the sexiest being ever. Fictional or not. The arse is a masterpiece. The face, the boobs. Everything. She’d be perfect. If she wasn’t a terrible person. Contrary to what you might think sex symbols have to have a good personality too. All that jazz. You could be the most fantastic looking person ever, but if you open your mouth and only garbage comes out then you might as well look like Genghis Khan’s disfigured brother after a botched face lift.

She’s a cock tease and she knows it. She overplays everything. Treats everyone like a piece of shit (especially Lucas who I quite like.) She flaunts it tirelessly and never gives it a rest. All un-sexy personality traits. Could you really stand to be around such a self obsessed bitch if she wasn’t this sexy? Me either.

So those were the least sexy people in  Sega history, (apart from Bayonetta who is still as hot as the surface of the sun, despite being a bitch. And now saying that has made the whole article null and void. Wonderful). See you next time and agree with me, or else.

Samurai and Dragons gets a new trailer