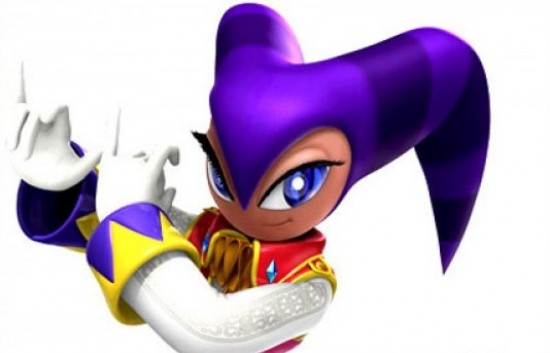 That instrument NiGHTS is playing is your emotions.

As fans of anything and everything Sega, we all know what it’s like to clutch desperately onto the smallest, vaguest indications that our favorite forgotten characters will finally return to consoles.  One of the most commonly mentioned of these fallen gaming icons is Sonic Team’s ambiguously gendered mascot, NiGHTS.  Sure, we got our long-awaited sequel on the Wii a couple years ago, but the uneven and occasionally awkward gameplay just wasn’t the triumphant return that people were hoping for.

Well, Eurogamer recently held an interview with Sega’s Takashi Iizuka, and you might like what he had to say about the subject.

“Personally I’d really like to make a third NiGHTS game,” Iizuka says, “but it all depends on SEGA.”   Now, this isn’t much to go on, but like any good little gaming blog, we’re gonna close our eyes, click our shoes and wish really hard until it happens.  I personally enjoyed NiGHTS on the Wii quite a bit, but I’d love to see Sega take another shot, this time hitting a little closer to the original target.

If there’s anything we Sega fans are good at, it’s grasping onto the smallest hope, no matter how weak the prospect. Keep the flame burning, guys, and we may get that HD NiGHTS game we’ve all wanted for years (well, at least I want it).

Win a Dreamcast console and other awesome stuff this weekend