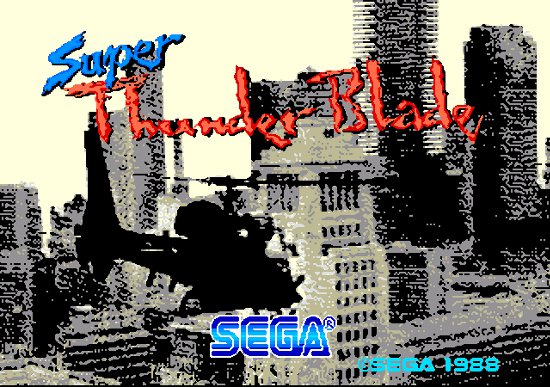 This feature is going to be very strange. For one I have very little time to write it because I have very limited Internet access. Also, I can’t decide whether this game has always been bad or if it’s just aged really poorly. When I did this feature on Columns I really wanted to focus on Columns 3 and ’97 because those games were legitimately bad. Though I didn’t like Columns very much, I don’t think it’s a bad game; it’s just a poorly aged one. It’s a lot harder to tell with this game. Despite this I’m going to tear it apart to the best of my ability. Or at least until I get kicked out of the coffee shop I’m writing this in. Hit the jump to see what I think.

I first played this game because it was included on the Sega Genesis Collection. That collection came out nearly 21 years after Super Thunder Blade was initially released. Video games have come a long way in that time, and it’s not always easy to go back and enjoy games from that era, even if they were once considered good. The problem is I never played this game so I have no idea how good it once was. I only know how I feel about it now. So I’m just going to talk about it like it’s a brand new game, and you can all just deal with my bias.

The title sells the game really well, but it’s very misleading. I mean come on, Super Thunder Blade. The first thing I imagined was some epic quest with a magical sword that allows you to shoot lightning at enemies. Boy was I disappointed when I hit Start and found myself piloting a helicopter. Never thought I’d say those words, but I was really excited to save a Kingdom. Now I have to fly down the longest road in the world shooting hoards of tanks and other helicopters for some unknown reason.

After the disappointment goes away the game doesn’t really get any more enjoyable. The game is a 3-D helicopter shooter, but it was made long before 3-D technology was a feasible thing to put into a game. The depth perception in this game is terrible. The bullets look like they’re further away than they should be when they hit you. I have an explanation for this though. Approaching objects don’t get gradually larger, instead they stutter in size. Think of stairs instead of a hill. The reason the bullets appear so far away is because the helicopter is right in the middle of a step. Given the processing power of the Genesis I don’t know why they chose to do draw the bullets this way, but whatever. 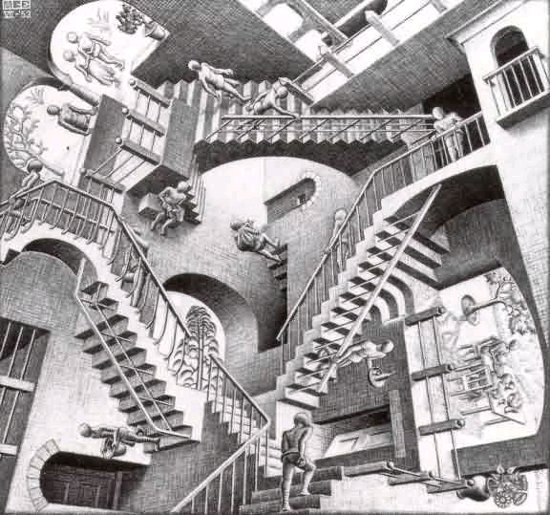 At least it’s not as crazy as these stairs ZING!

The other problem with this game is the difficulty. The poor depth perception certainly doesn’t help this. There’s no way to aim your bullets, so you always have to shoot directly in front of you. The problem with that is your enemies usually shoot directly at you, so you have to be constantly moving or else you will get hit, and it’s impossible to tell where you are in relation to your enemies. You do have an auto-aiming missile, but it shoots less frequently than your regular gun and it’s not possible to kill everyone with it. The game turns into 10 against 1 dodge ball very quickly, except you can’t tell when the ball is going to hit you.

If you miraculously manage to become good at this game you’ll find that at the end(?) of stage one the view changes and you have to shoot down onto your enemies. If you thought the first part of the game was hard to see you’re in for a treat. Basically you have to shoot down and at an angle. You have no idea how far down anything is, and the depth perception of the bullets is still terrible. But that all seems like a joke when you reach stage 2!

I don’t know how I did it but I once made it to stage 2. Clearly suffering from post-traumatic stress disorder, the pilot of the helicopter turns to hallucinogenic drugs to stop the suffering. You start out in some sort of dessert location, which seems simple enough, but then you have to fly into a giant brown pig’s nose. Good luck aiming yourself into that. When you get inside everything is light blue and there are hundreds of blue pillars that serve no purpose except being a pain in the ass. I’m not making any of this up. Why is this a place you need to liberate? If I were the general of whatever army you fight for I would take one look at this wasteland and choose to blow it back to hippie hell with the biggest nuke available. No one lives here; it’s just blue pillars on blue dirt. WHAT IS THIS SHIT SUPPOSED TO BE? I really wish I could make it past this level to see what kind of nonsense the third level brings. 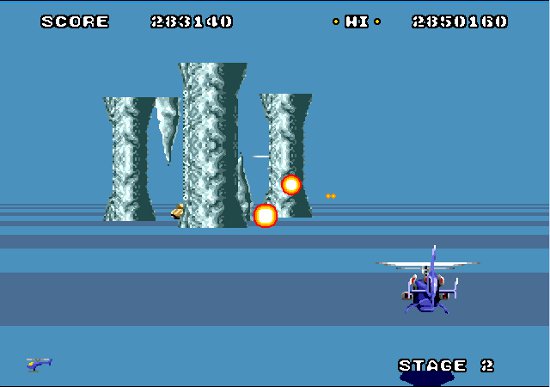 What is this I don’t even… I think it’s a cave.

Wow, what kind of army are you fighting against? Did you see the droves of battleships? These guys don’t fuck around. It seems to me like it shouldn’t be this hard to kill one person who opposes you, but apparently these people need a full naval fleet. Whatever, I’m not going to knock it for a lack of realism, but even by 16-bit standards this level seems contrived.

Overall, I fell like this game would’ve been a lot better if I was to play it in 1988. For a Genesis launch title it’s probably really good. But by today’s standards it’s not. In this way it’s not a classic game, so I feel that I’m justified in writing about it, but I still feel like it’s important to point out that it probably just hasn’t aged well.

By the way, whatever you do, don’t buy this game on Steam unless you have a controller. It is impossible to play with a keyboard d-pad, especially since you have to be constantly moving.

Donate to this Kickstarter to fund a Sega history book 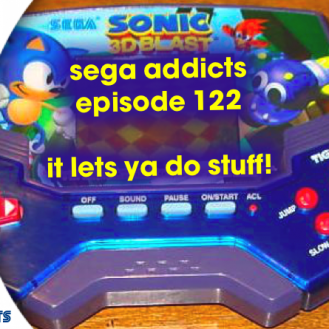 Sega Addicts Episode 122- It Lets Ya Do Stuff!