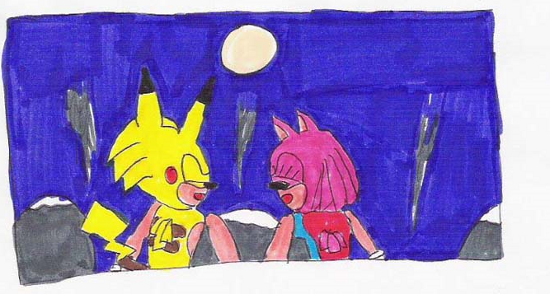 Zap to the extreme!

It’s everyone’s favourite time of the year! Time to gather round the family and read about what games the Sega Addicts crew have been playing. So stop cooking that turkey, throw your dinner in the bin and if you have friends over kick them out of the house so you can read this wonderful thing.

Are we comfortable? Good. Click the more button to read what we’ve been playing and complete your afternoon.

Stevie Grant- Writer of Top 10 Worst and Reviews of Games I Haven’t Played:
I played and completed Comic Jumper this week. Good game. The story and dialogue was of course the best part of it but overall if you can get past it’s repetitiveness I’d recommend it. Nothing much after that though. Sorry.

Brett Hatfield- Community Manager and writer of Megadriving:
Played some Soul Calibur IV with an old friend. I’d like to say I played it alot but the game’s netcode is TERRIBLE. We only got to battle twice out of at least 75 connection attempts. What we DID get to work, though, was pretty fun, and reminded me why I even bought the game in the first place.

Alexander Sargeant- Writer of Retro Reviews:
Galaxy Angel on PC. I initially avoided it after the translation came out in December, because it sounded stupid. Then after playing Sakura Wars and learning that actually that formula is as incredibly compelling as it is a gaming rarity, I went back to check it out. If you liked Sakura Wars you really should try it out. I do take issue with some of the character designs, as the monocular Forte has absolutely impossible breasts that single-handedly detract from the rest of the experience, but the rest of the game is fluffy sci-fi comedy mixed with intergalactic civil-war, with a dash of Homeworld-esque RTS battles instead of the turn-based SRPG encounters in Sakura Wars. There’s a great attention to detail in those, so you can zoom all the way out to control the entire battle on one screen, or zoom in on a single fighter unleashing their special attack. The characters even comment on you doing so, so if you’re getting along well with one of pilots they might encourage you to watch them dole out a finishing attack on a massive space cruiser.

So yeah, if Sega haven’t sated your desires for more SW action, there’s certainly some alternatives if you’re willing to scout around.

Alex Barbatsis- Writer of Retro Reviews and Freaky Fridays:
I only got to play Dynamite Cop for the DC for this week’s Freaky Friday as I’ve had a very busy week. Going to make up for that now by heading to Indiecade to play some indie games and hopefully get some food truck action. Last night I ate way too much candy like a four year old and now I have a TUMMY ACHE AHHH NOOOOOO!

Matthew Jay- Writer of 10 Things That Aren’t Sonic and Radvertisements:
I got SNK vs Capcom Match of the Millennium for the Neo Geo Pocket Color. This game truly is one of the best handheld fighters ever. Other than that and some Give Up Robot 2 that’s… really. I’ve been way too busy this week being awesome.

Alex Riggen- Editor in Chief and Podcast Host:
Why am I still playing Phantasy Star Portable 2?! I’m finally on the final boss but have been unable to defeat him after several attempts. It looks I’ll have to go back and play some more dungeons to level up and try again. I’m so close…

Also, I’ve played through Sonic 4 on the iPhone. I’m waiting for the console release to really give my judgement of the game but the iPhone version is good overall. There’s quite a bit of variation in the quality of some of the levels and the touch screen controls aren’t the best for playing Sonic but this is the closest we’ve come to the original Genesis Sonic games in a long time.

Please note that contrary to Matt’s beliefs, he is not awesome. Be aware of this man’s lies, folks. Well that’s all for this week. Next week we find out who the murderer was, and I finally make the choice of who to take to the prom. Who lives and who dies? Find out next week in ‘What we’ve been playing- Episode 3: The Fall of Man’.

Oh also tell me what game’s you’ve been playing in the comments, if you want.