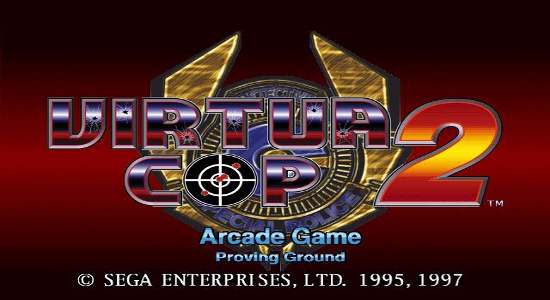 Lately, I’ve been on a light gun kick and whether you picked up your first with Duckhunt on the NES or didn’t get your taste until you got your hands on one in some arcade you can’t quite remember the name of, light gun games have an immersive quality that pulls players in a bit deeper than they’d normally be comfortable with simply using a run-of-the-mill controller.

Certainly, this is a major factor in the design of the games from the ground up. Rail and gallery shooters have been a major tenet of the gaming culture since before video games become the choice the world over for those who had a bit more than an itchy trigger finger. While Nintendo revolutionized the entire genre with the advent of a light gun, ducks and dog that’s more than annoying as hell – it has since become a genre that many players, including yours truly, are more than happy to allow themselves to become lost in at the pace of a few hours, or a few credits at a time.

Similar to many gamers my age who grew up playing Duckhunt to their hearts content, it was only a matter of time before something bigger and better came along. Having opted to get my hands on a Sega Genesis almost a decade before I would ever own a Super Nintendo, courtesy of eBay, I was devoid of the opportunity to discover what all the rage was surrounding the Super Scope.

Memorably however, on one off occasion, I was vastly disappointed with what I saw when I was allowed to give it a shot at a friend’s birthday party. Crawling my way back to another round of Duckhunt, it was a happy accident that I was more than content to play a game that was quickly becoming more and more retro as time went on. But then I saw what the Sega Saturn had to offer and that simply seemed to leave the Nintendo in the dust.

Sega really did what Nintendon’t. 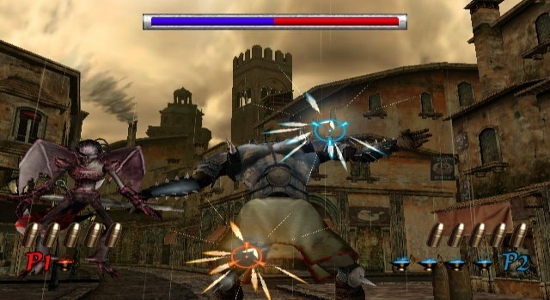 Virtua Cop and its sequel were probably my first real light gun love affair following what I experienced as a kid. And speaking in terms of technology, if Duckhunt was nothing more than puppy love, holding hands on the school playground – Virtua Cop was the first time you noticed the opposite sex a little bit beyond long hair, pretty eyes and phenomenally unique assets – and you really wanted to get your hands on them.

After spending a few minutes playing Virtua Cop 2 in a Best Buy, I remember begging to get my hands on the console, the game and a light gun for each of my hands to distribute the maximum potential amount of badassery in a the most akimbo-style possible. Even as a kid, I realized that if one gun was good, two guns would sure as hell be better. Sadly, my dad was humbly vocal about his inability to get me a Saturn and I remember being quietly heartbroken about it.

But that doesn’t mean I didn’t spend every opportunity that was afforded to me playing the hell out of the game at Best Buy. And I’m unashamed to say that I must have wasted more lunch money than my dad would ever be comfortable knowing of when I discovered a Virtua Cop machine at my local arcade. To be honest, I’m pretty sure I blew enough money to buy not only a Sega Saturn, but Virtua Cop, Virtua Cop 2 as well as two light guns. Twice. 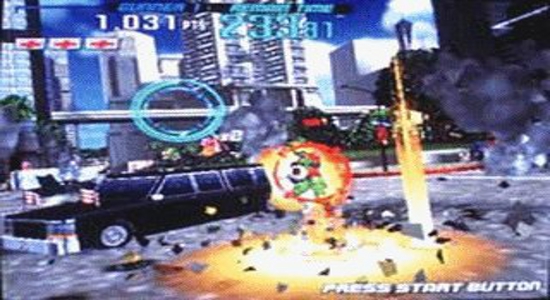 But as time went on, I noticed again that the same amount of luster didn’t quite permeate from the games that I had poured so much affection into and caught myself glancing at newer and better arcade shooters that gave me vicious smiles of glee as I rampaged through them as a veritable running riot of the highest magnitude.

House of the Dead was great enough, but it’s sequel along with House of the Dead III would perhaps give me a slew of memories for which to wistfully look back upon and smile about. Despite their difficulty, which can range depending on the amount of alcohol consumed prior to or during play, the games were always marvels of entertainment. And regardless of whether or not I was playing them alone, or running through it with a well-skilled partner or simply a well-to-do girlfriend, all three games are treasured experiences for me that I routinely look back upon happily.

Additionally, titles like L.A. Machine Guns and Gunblade NY offered similar experiences, but nonetheless allowed the players to feel like unstoppable forces of nature. There wasn’t a reload mechanic, so it simply became a matter of how precisely you could indiscriminately destroy every single goddamn thing in sight while racking up as many points as possible. While these games are enjoyable, regardless of being in the arcade or the Wii, there is another light gun game that is both ridiculous fun and happily memorable, at least for me. 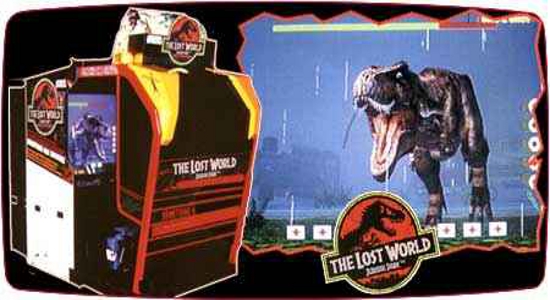 As you know, I’m both a lover of the prehistoric reptiles that once pounded their way across the Earth as well as a bit of a humble sentimentalist – so, The Lost World: Jurassic Park has a bit of a close place for me in my heart. The game basically allows two players to make their way across the now overrun island of Jurassic Park’s Site B. While dinosaurs of all shapes and sizes abound, the game is enjoyable enough that you can get lost in it with whomever you might happen to be playing with, but avoids a sharp learning curve to the point that you can still appreciate the simpler things that come with playing a light gun game with someone you truly enjoy gaming with. Needless to say, if you ever happen across the sit-down cabinet at your local arcade, give it a shot. If you happen to live near Chicago, I know for a fact that there’s one at the Gameworks in a town you may never heard of called Schaumburg.

Finally, there’s the game that allows each and everyone of us to feel like a Rainbow Six operative without years of training. That’s right, I’m talking about Ghost Squad and its sequel, Ghost Squad: Evolution. While the gameplay might seem simple at first and even predictable after playing through it multiple times, the most redeeming quality of the game is that fact that with each level playthrough, the difficulty increases slightly – an element that carried over to the Wii version, thankfully. Allowing players to choose the skin of their character, right down to the camouflage, you’re also afforded the option to select a weapon of choice – ranging from a shotgun to a machine gun. Altogether though, both games are solid titles with a significant amount of replay value and it feels almost like tradition at this point that I play them whenever I walk into my favorite arcade. 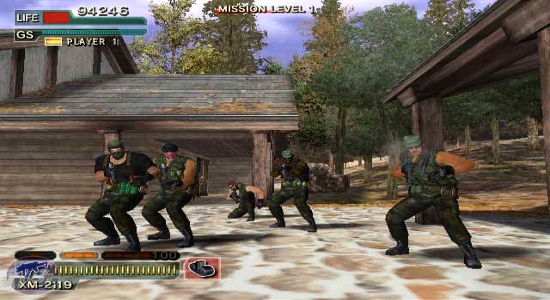 So, that’s my tiny, little tribute to light gun games, the joy they bring me and the options out there for you to get your hands on, at the very least, the decent ones. If I missed any, please be sure to hit the comments and let me know, even if you have a recommendation for one you think I might not have heard of, but should definitely give a shot. But the next time you stroll into a Gameworks, Dave & Busters or any other arcade – be sure to show some love to the shooters. Give them a hardy playthrough, do your best and carefully put the plastic weapons back with a degree of care – whether or not you kick a significant amount of ass. After all, for a genre that starting with nothing more than a dog leaping into a field to flush out some birds, it’d be difficult to avoid admitting the simple truth that light gun games have come a hell of a long way.