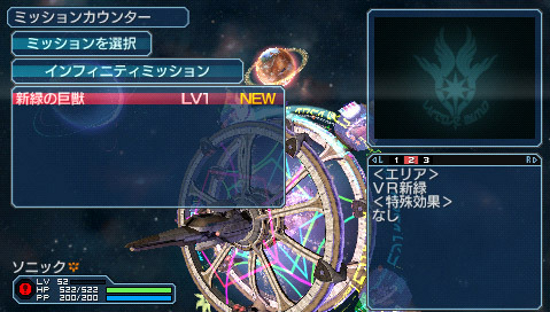 From the looks of it Phantasy Star Portable 2: Infinity is set to be more than just a re-hash of the game that just came out here. We already knew about new characters and missions but now Sega has announced that you will be able to make your own quests as well. Ranging from difficulties 1-30 you will be able to craft your own missions and even dictate how much XP an enemy will drop along other details. Of course you’ll also be able to share your missions too and play them with friends.

With this new feature Phantasy Star Portable 2: Infinity is looking up to be more than just a silly money grabbing exercise. Guess I was wrong on this one, as even I’m getting excited. I just hope it makes it to the West.